In Ukraine, bullet holes are found in a synagogue and a mass grave of Holocaust victims is desecrated 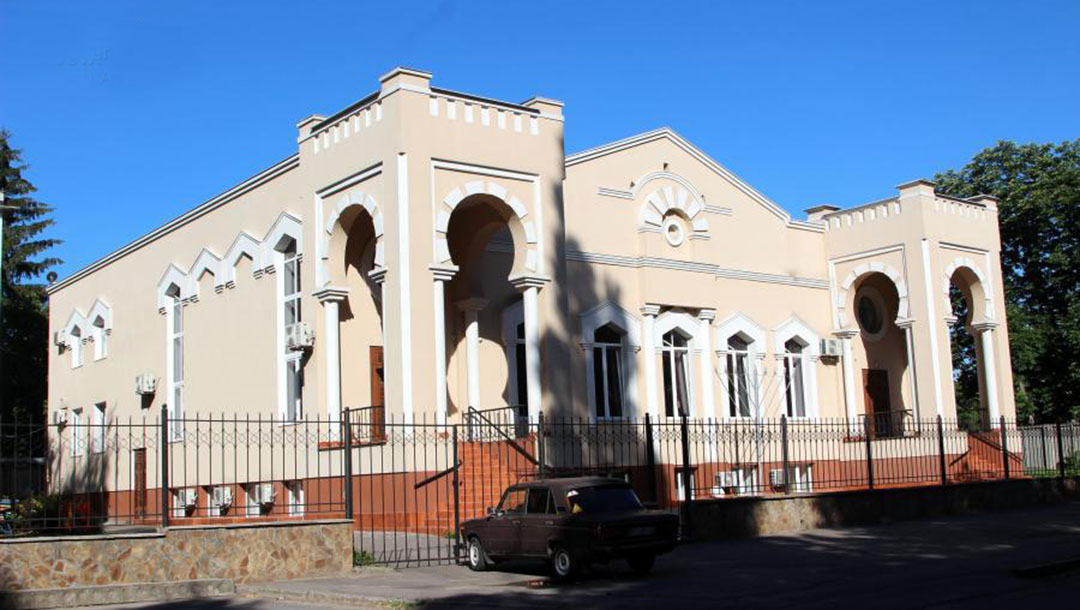 The synagogue of Kremenchuk in Ukraine. (Foundation for Jewish Heritage/The Center for Jewish Art)
Advertisement

The aftermath of a shooting at the synagogue of Kremenchuk, a city located 130 miles southeast of Kyiv, was discovered early last month but reported by the local Jewish community on Monday. The delay was planned “in order to prevent panic in the Jewish community of the city,” the news site Jewish.ru reported, quoting a spokesperson for the United Jewish Community of Ukraine, a communal interest group.

No one was hurt in the incident.

Jewish sites have been vandalized multiple times in Kremenchuk in recent years. In 2016, the tomb of a local Hasidic rabbi was set on fire. The same site was vandalized in 2013, 2014 and 2015, sometimes with Nazi symbols spray-paint. In 2012, unidentified individuals tried to set fire to the synagogue and in 2009, paint was splashed over the building.

The grave desecration happened in the village of Pikov, located 110 miles southwest of Kyiv, according to Eduard Dolinsky, the director of the Ukrainian Jewish Committee, another communal interests group. He wrote about the incident on Facebook on Saturday, and posted pictures of bones protruding from a hole in the ground.

“Nazis and local collaborators shot more than a thousand Jews, including women and children in May 1942 there,” Dolinsky said. “Now some people who have lost their humanity are looking for gold in their grave.”