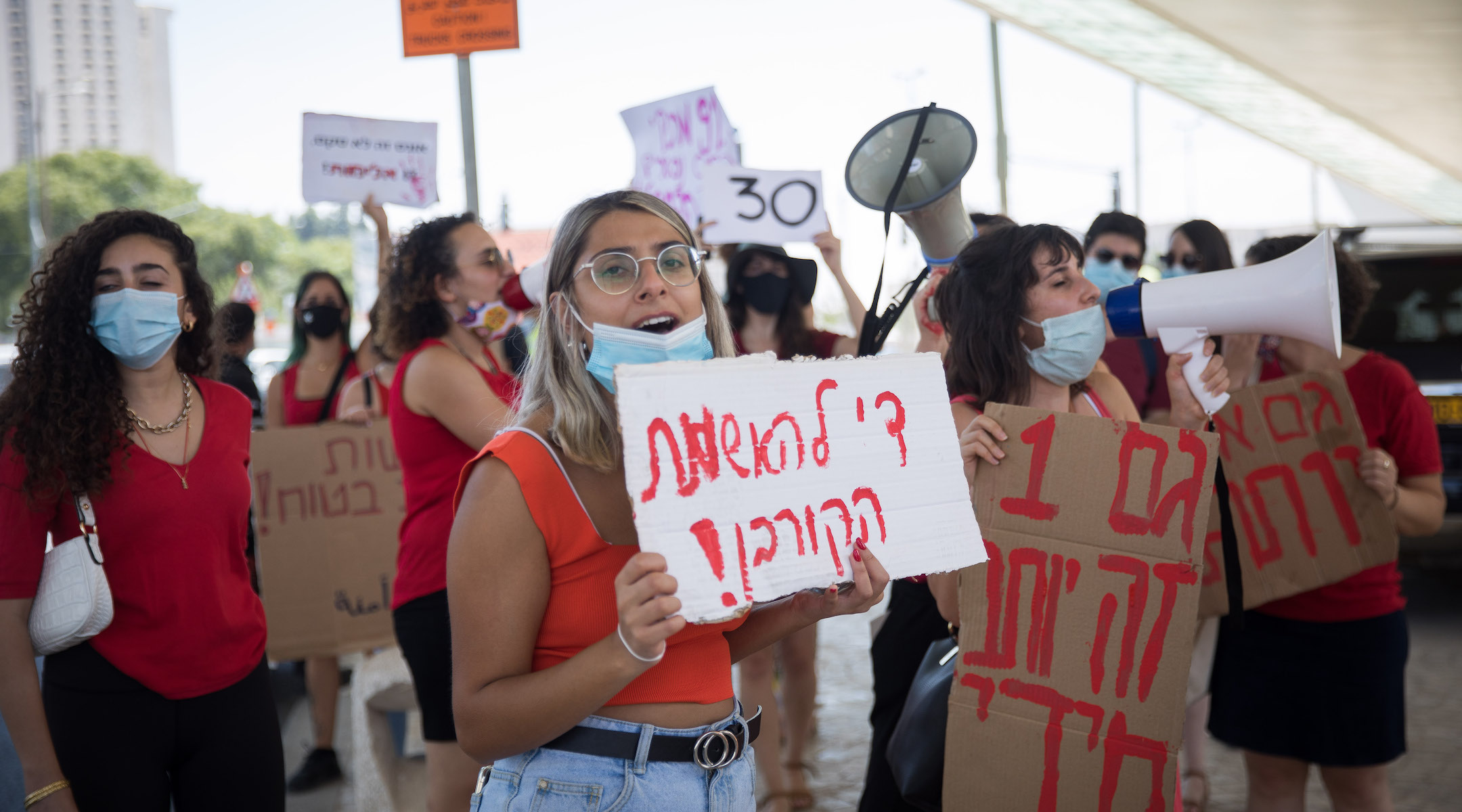 Israelis demonstrate in Jerusalem in support of the 16-year-old victim of an alleged gang rape in Eilat, Aug. 23, 2020. (Noam Revkin Fenton/Flash90)
Advertisement

(JTA) — Indictments were filed Wednesday against 11 men and teens in the alleged gang rape of a 16-year-old girl in Eilat.

The two adults charged with rape were identified as Issi Raphaelov, 28, and Ilizir Meirov, 27, and the other two rape indictments are for 17-year-old twins from southern Israel.

New details of the Aug. 12 incident were revealed in the indictment, the Kan public broadcaster reported Wednesday.

According to the report, the teenage girl got drunk and began to feel ill, leading one of the accused adults to impersonate a medic and take her with his friend to a hotel room. After sending the girl’s friend to a pharmacy to purchase supplies, the men allegedly raped the girl and then allowed male teens to enter the room. Two of the teens allegedly raped the girl while others encouraged them and filmed the encounters, according to the investigation. Security cameras in the hotel’s hallway showed the teens entering and leaving the hotel room.

Israel’s Channel 12 reported that the girl did not attend the first day of high school on Tuesday.