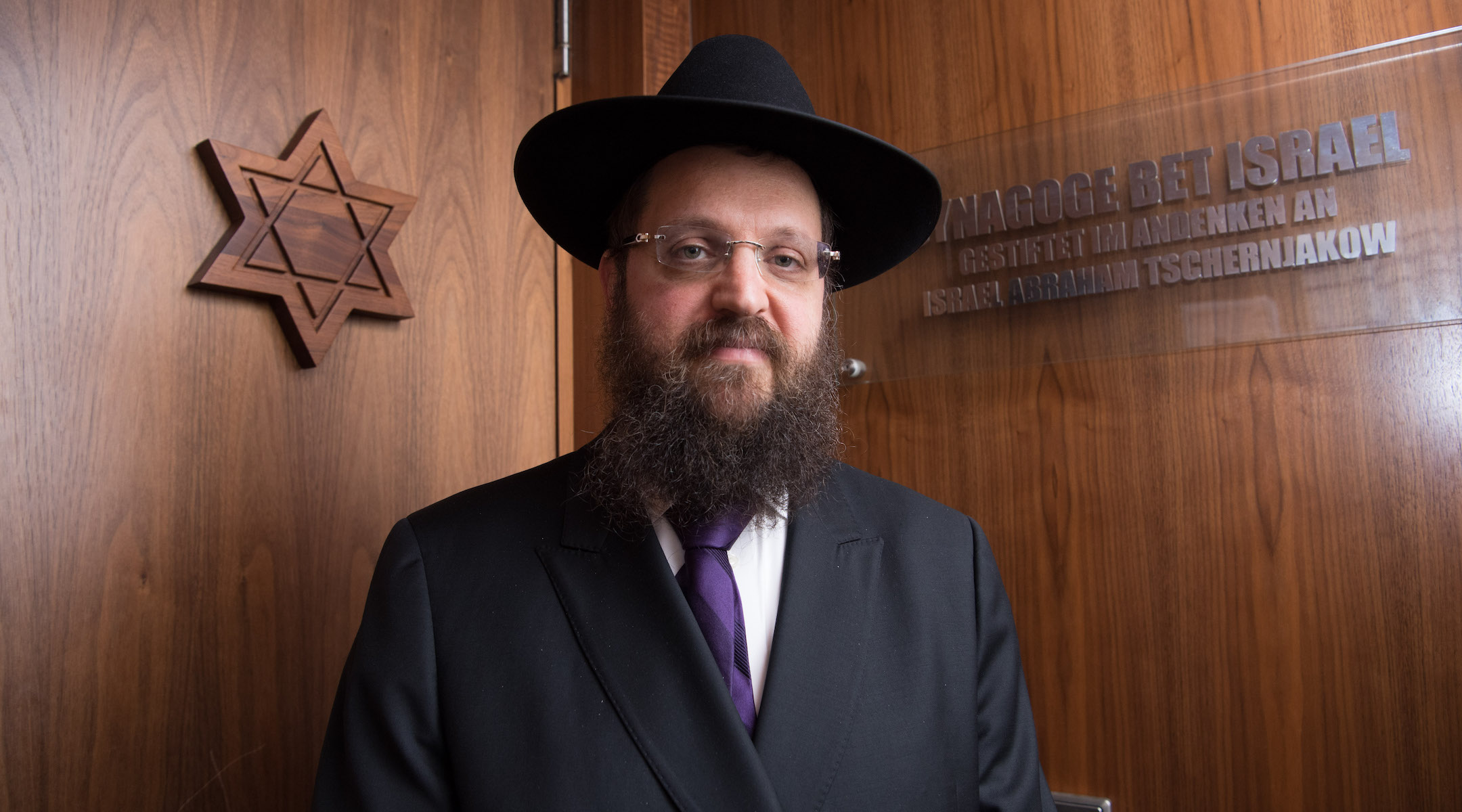 BERLIN (JTA) — An investigation was dropped into the case of a Berlin rabbi who reported being spit on after leaving synagogue services.

State prosecutors confirmed Thursday that they had dropped the case after Rabbi Yehuda Teichtal, a rabbi in Berlin’s Jewish community and chair of the Chabad Jewish educational center in Berlin, was unable to identify which of the suspects was the man who spit on him. The rabbi said he was unable to identify the suspect because he was rushing to get his son, who was with him to safety.

Teichtal had reported that several men insulted him in Arabic and spat on him from an apartment balcony after he left services at his synagogue in the Wilmersdof district of Berlin around 9:00 p.m. on July 26.

Four suspects questioned by investigators reportedly denied any involvement in the incident. No evidence was discovered on confiscated cell phones and no other witnesses were found.

Prosecutors explained to Teichtal’s lawyer in September that they were unable to proceed in the case.

Teichtal told reporters he was disappointed in the outcome and suggested laws needed to be changed to make it easier to charge suspects in cases like his.

“We need this as Jews, given the increased threat of anti-Semitism,” he said. “The entire society needs this.”

The incident was one of several attacks last summer on Jews in the German capital. At the time, Teichtal said he was still convinced that “most people in Berlin want Jews to be able to live openly as Jews, without fear of being cursed at, spat on or beaten up.”

Approximately 1,800 anti-Semitic incidents were reported in Berlin in 2018, an increase of nearly 20 percent above the previous year.