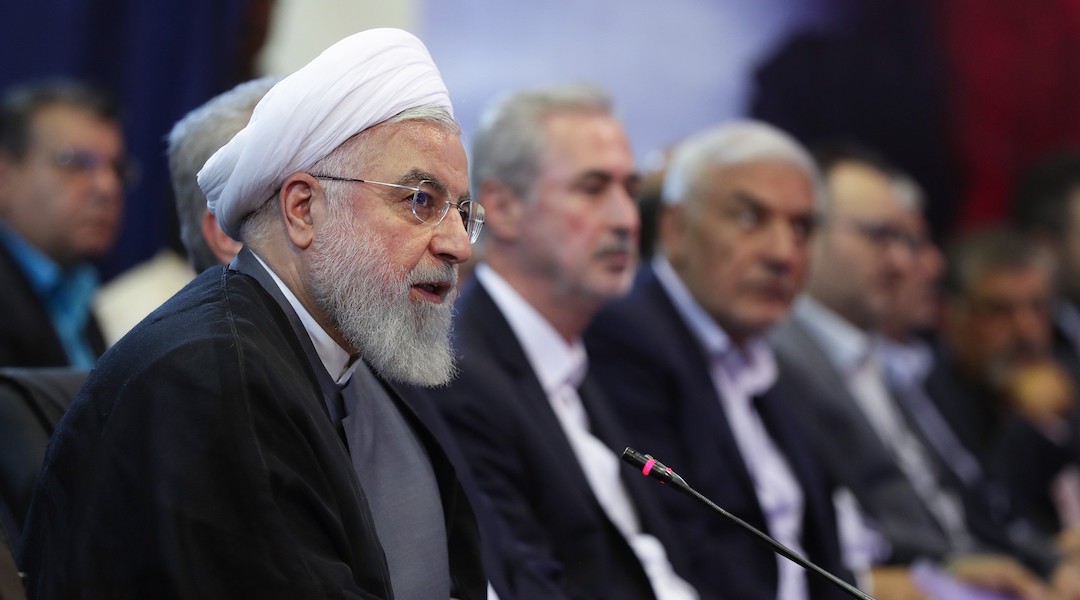 Ali Akbar Salehi, head of the Atomic Energy Organization of Iran, said in an interview Monday on state television that the Islamic Republic is building a prototype centrifuge that is 50 times faster than those allowed under the Joint Comprehensive Plan of Action signed in 2015, The Associated Press reported.

The announcement came on the day that Iranians marked the 40th anniversary of the takeover of the U.S. Embassy, which marked the beginning of the 444-day hostage crisis.

Salehi also said that Tehran is now operating 60 IR-6 advanced centrifuges, or double the number Iran was known to have, in violation of the nuclear deal.

Since the Trump administration pulled out of the agreement more than a year ago and reimposed economic sanctions, Iran has begun to arrogate parts of the deal.

China, France, Russia, the United Kingdom, Germany and the European Union remain committed to the pact known as the Joint Comprehensive Plan of Action.

In July, Iran breached the nuclear enrichment level set by the deal. Later the same month Tehran announced that it had exceeded the cap set by the deal on the purity of its uranium stocks.

With the advanced centrifuges, Iran soon will have enough material to build a nuclear weapon.