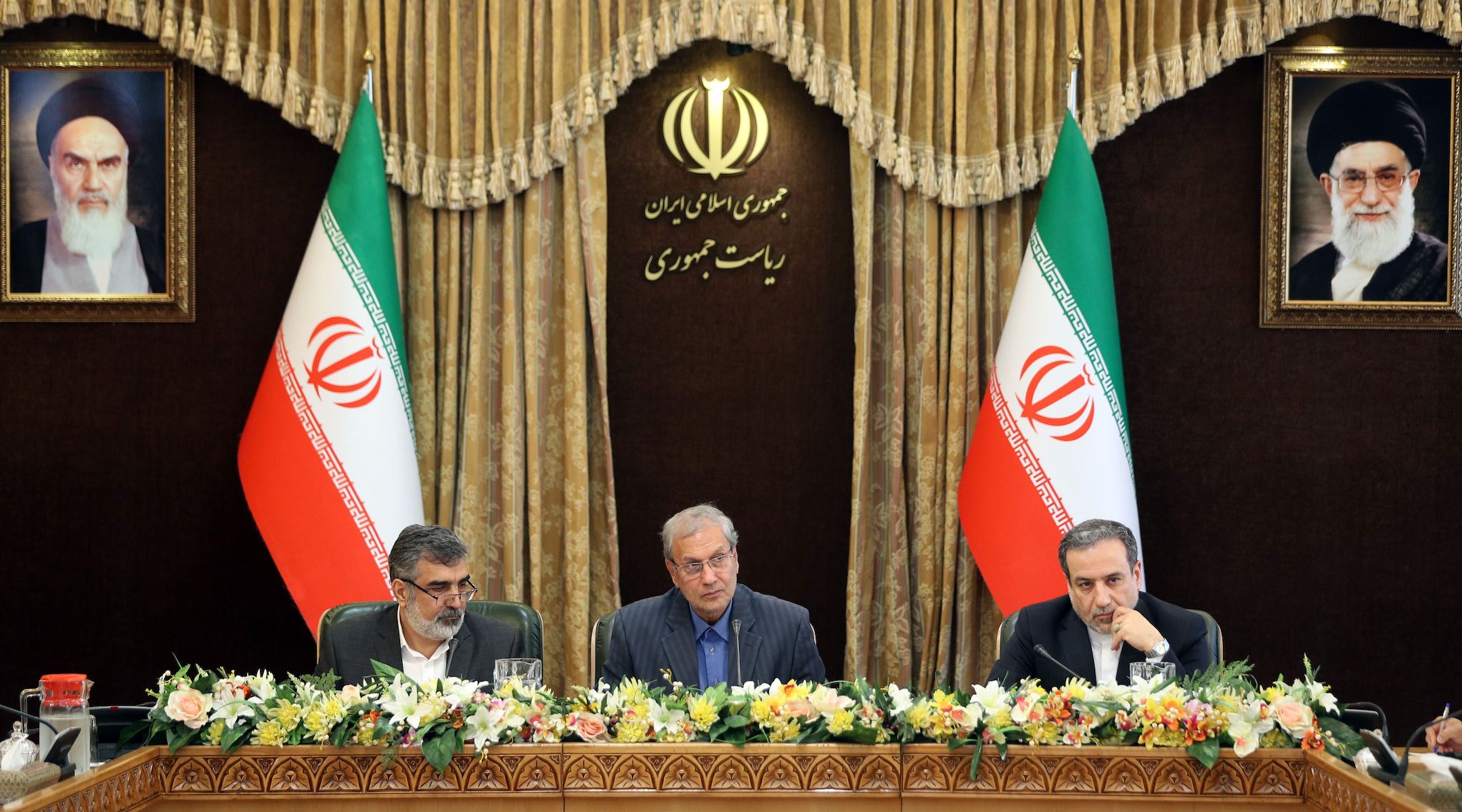 (JTA) — Iran has begun to enrich uranium to a level that exceeds the cap set by the nuclear deal with the world powers.

Behrouz Kamalvandi, spokesman for the Atomic Energy Organization of Iran, announced on Sunday the start of enriching uranium to a higher purity level than 3.67 percent, although he did not announce the final purity level, the Fars News Agency reported.

“We are fully prepared to enrich uranium at any level and with any amount,” Kamalvandi said during a live news conference.

Since the Trump administration pulled out of the Iran nuclear deal one year ago and reimposed economic sanctions, Iran has begun to arrogate parts of the deal.

China, France, Russia, the United Kingdom, Germany and the European Union remain committed to the Joint Comprehensive Plan of Action, signed in 2015.

Senior Iranian officials said during the news conference on Sunday that the country would continue to reduce its commitments to the nuclear agreement every 60 days, unless European signatories to the pact protect it from U.S. sanctions imposed by Trump.

Israeli Prime Minister Benjamin Netanyahu criticized the remaining signatories to the agreement on Sunday at the start of his weekly cabinet meeting.

“Iran has violated its solemn promise under the U.N. Security Council not to enrich uranium beyond a certain level. The enrichment of uranium is made for one reason and one reason only: It’s for the creation of atomic bombs. The leaders of the P5+1 promised and committed themselves to snap back sanctions the minute Iran did that. It just did. Where are you?” he said.