Isaac Herzog, former Labor leader, to be Israel’s next president 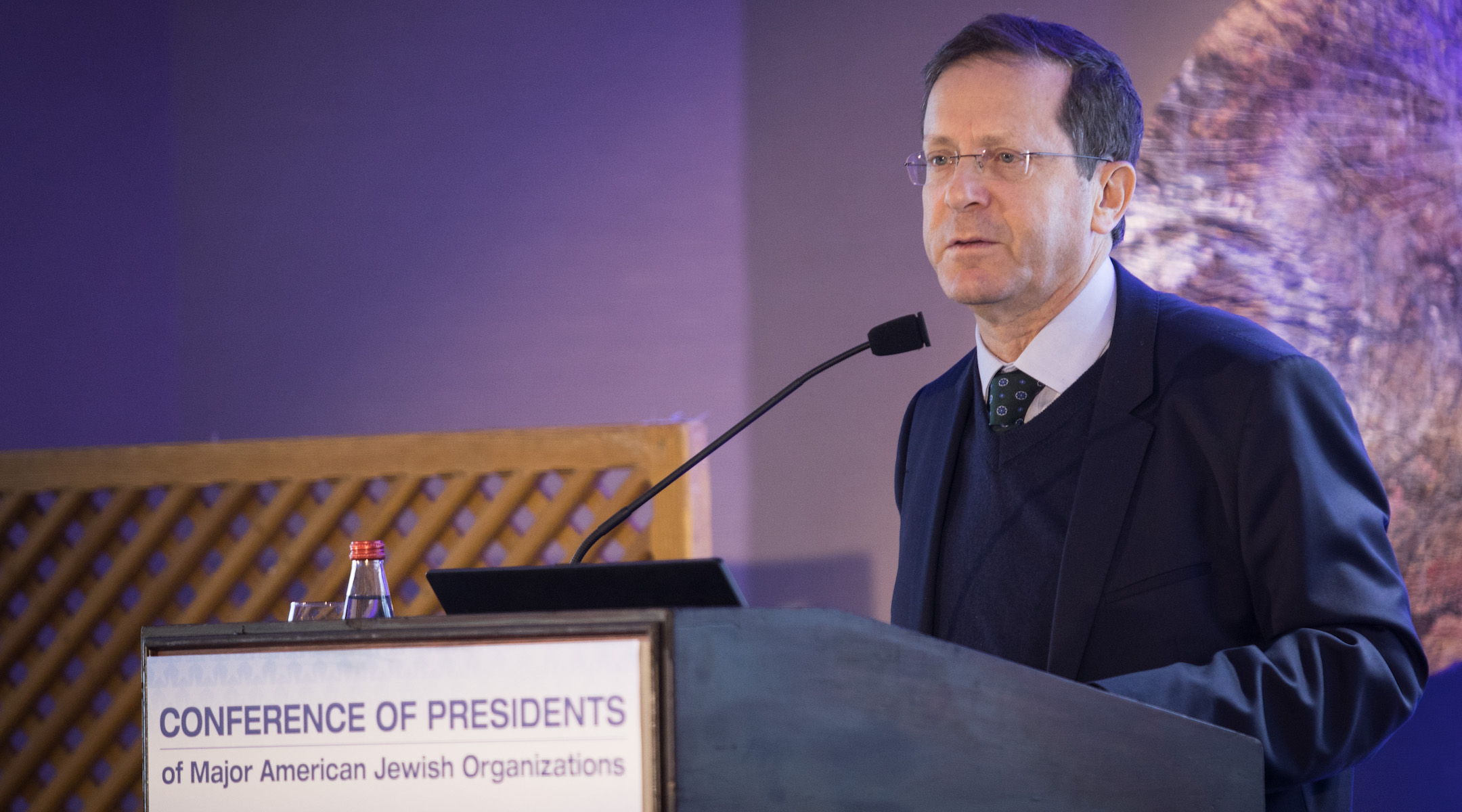 (JTA) — Isaac Herzog, the former leader of Israel’s Labor party who most recently ran the Jewish Agency for Israel, will be Israel’s next president, lawmakers there decided Wednesday.

Herzog overwhelmingly defeated Miriam Peretz, an acclaimed educator who lost two sons in military combat, to be elected president by members of the Knesset, Israel’s parliament. His seven-year term will begin July 9, and he will replace Reuven Rivlin, a former right-wing lawmaker.

While the role is largely ceremonial, Israel’s president chooses which lawmaker will form Israel’s government following elections, which afforded the role outsize importance in recent years as Israel held four elections since 2019. Should the efforts of Netanyahu’s opponents to form a coalition by midnight Wednesday fail, Herzog may find himself selecting the winner of the next election in a few months.

Since 2018, Herzog has led the Jewish Agency, which works to connect Israel with Jews around the world and support immigration to Israel. Before that, he was the leader of Labor, and ran against Israeli Prime Minister Benjamin Netanyahu in the 2015 election, which Netanyahu won.

(As Labor party chair, he once consoled his American counterpart, U.S. House Speaker Nancy Pelosi, distraught over having to work with a president she despised, with an Israeli poem.)

Herzog is the son of Chaim Herzog, who served as Israel’s sixth president from 1983 to 1993, and the grandson of Israel’s first Ashkenazi chief rabbi. Herzog lived in the United States during his high school years, attending the Ramaz School, an Orthodox Jewish prep school in New York City, and also attended university in the U.S.

Praise for Herzog’s election poured in from across the Jewish world Wednesday morning, much of it citing his lineage and experience with Jewish communities outside Israel.

“We are looking forward to continue the dialogue of Israel Diaspora relations and the unity of the Jewish people,” said Pinchas Goldschmidt, chief rabbi of Moscow and president of the Conference of European Rabbis, in a statement. “As the son of the late President of Israel, Haim Herzog, and as a seasoned diplomat and political leader, we hope and pray that he will carry the message of unity for the Israeli and Jewish people.”

“Bougie is a dear friend and an honorary New Yorker,” said Eric Goldstein, CEO of UJA-Federation New York, in a statement using Herzog’s widely used nickname. “Since his time as a student at a Jewish day school in Manhattan, he has maintained deep connections to New York, home to the largest Jewish community outside Israel. With his years of experience in Knesset and profound understanding of global Jewry, Bougie is uniquely positioned to fulfill his role as president of the State of Israel, and more broadly as convener of the entire Jewish people.”

Among the roles of Israel’s president is to boost the morale of Israelis and Jews around the world. Last year, Rivlin pushed back against Holocaust revisionism in Europe and apologized to Israelis for a devastating resurgence of COVID-19 there. Rivlin’s focus as president has been to promote unity in what he has felt is an increasingly divided Israeli society.