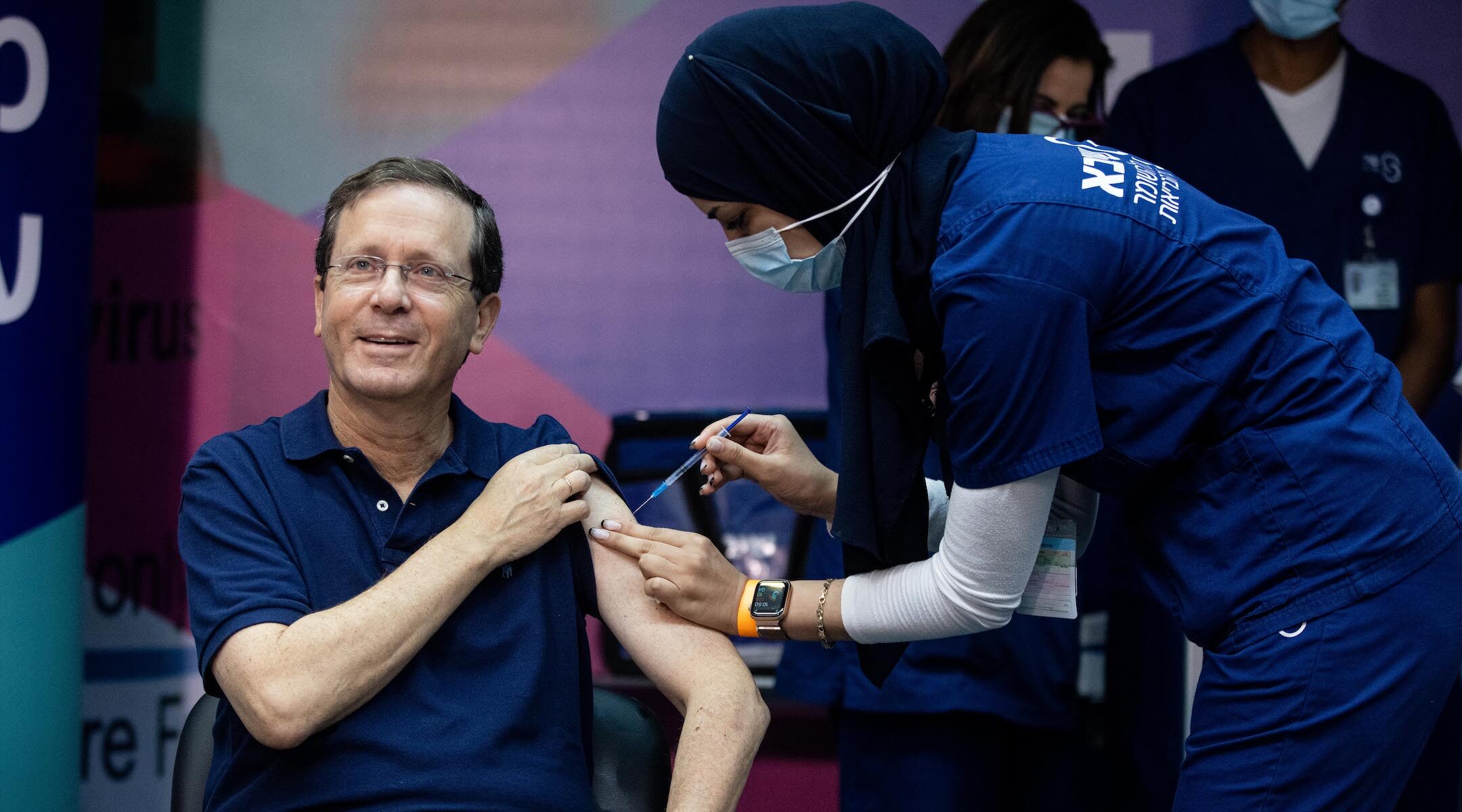 (JTA) — Israel is the first country to start giving a third dose of the COVID vaccine shot to its population in an effort to stem the spread of the Delta variant.

Those older than 60 are the first to get the booster from health care providers. President Isaac Herzog was among the first in that group. Benjamin Netanyahu, the former prime minister and current leader of the parliamentary opposition, got his shot on camera and encouraged others to vaccinate. (Prime Minister Naftali Bennett is younger than 60.)

“I am proud we are the first country to vaccinate with a third dose,” Herzog said, according to The Times of Israel. “The step we are [taking] here is an important one for social solidarity in the State of Israel.”

The third dose aims is to provide an extra layer of protection to the elderly, who are at higher risk for serious illness and death. Pfizer, which has manufactured the vast majority of Israel’s vaccine doses, also recommended a third dose.

Earlier this year, Israel led the world in getting shots into arms and in March became the first country to vaccinate more than half its population. Case numbers plummeted, but they have spiked again in recent weeks from the Delta variant.