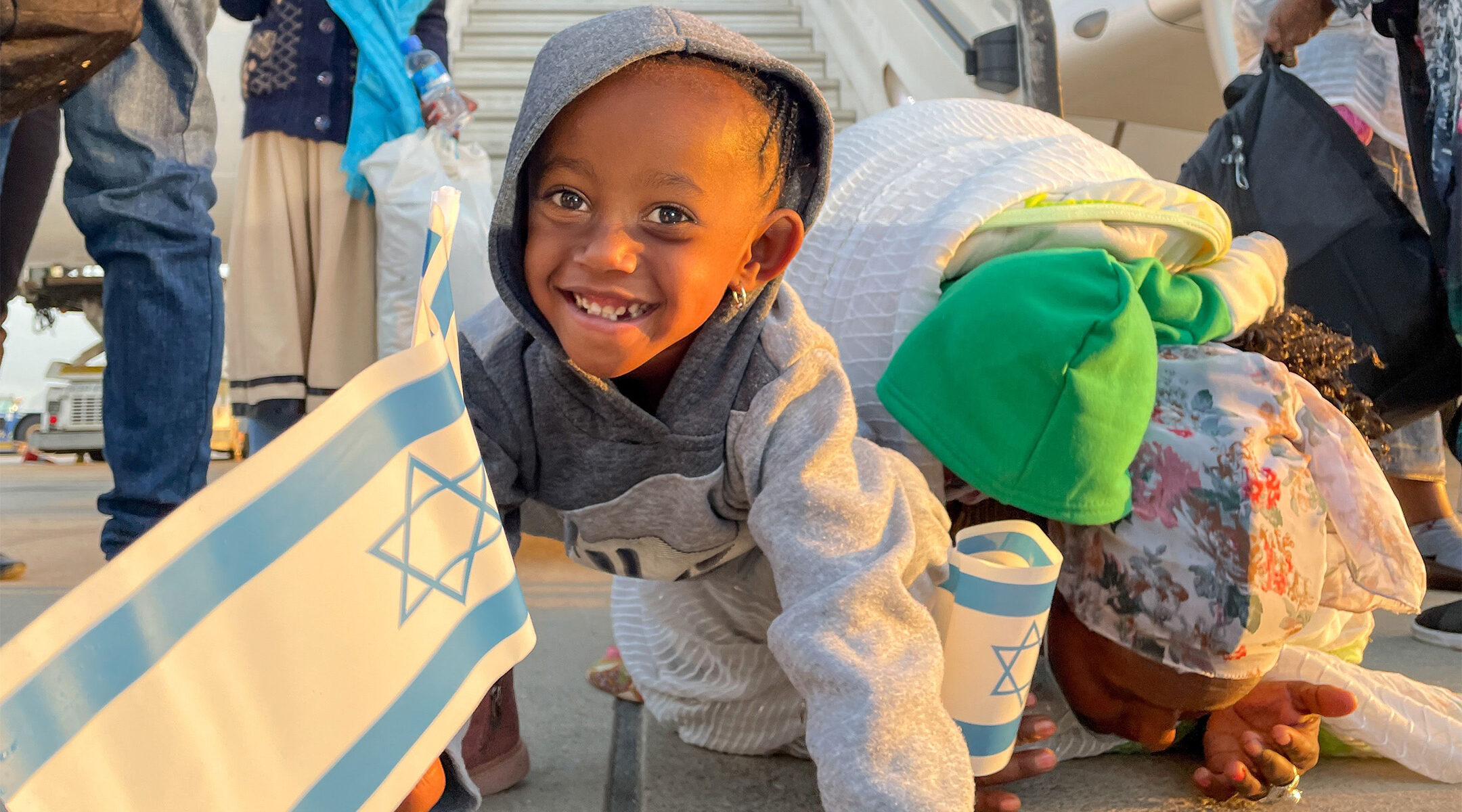 A girl smiles upon arriving from Ethiopia as her mother kisses the ground at Ben Gurion Airport in Israel on Feb. 12, 2021. (Courtesy of ICEJ)
Advertisement

The newcomers were taken to a 14-day confinement period, but the boy was quickly moved to a local hospital.

The Ethiopians, among about 8,000 with Jewish ancestry awaiting immigration to Israel, had been tested for COVID-19 in Gondar prior to arriving, according to a statement by the International Christian Embassy Jerusalem, or ICEJ, an evangelical group that sponsored their arrival and chartered the plane that brought them.

From Gondar, the immigrants traveled on buses for 12 hours to Addis Ababa before the four-hour flight to Israel.

“Now their dreams have come true of finally reuniting with their families in the Promised Land,” ICEJ President Jürgen Bühler said in a statement. “We also have many Christians worldwide to thank for making this flight possible.”

The airport has been shuttered since Jan. 26 as part of the Israeli government’s attempts to curb the spread of the coronavirus.

The Ethiopians, known as Falash Mura, are widely believed to have converted to Christianity under duress while adhering to some Jewish traditions.

Israel completed the airlifting of another group of Ethiopian Jews known as Beta Israel in the 1990s.

The Israeli government has allowed the Falash Mura to immigrate under the country’s Law of Return for Jews and their relatives.