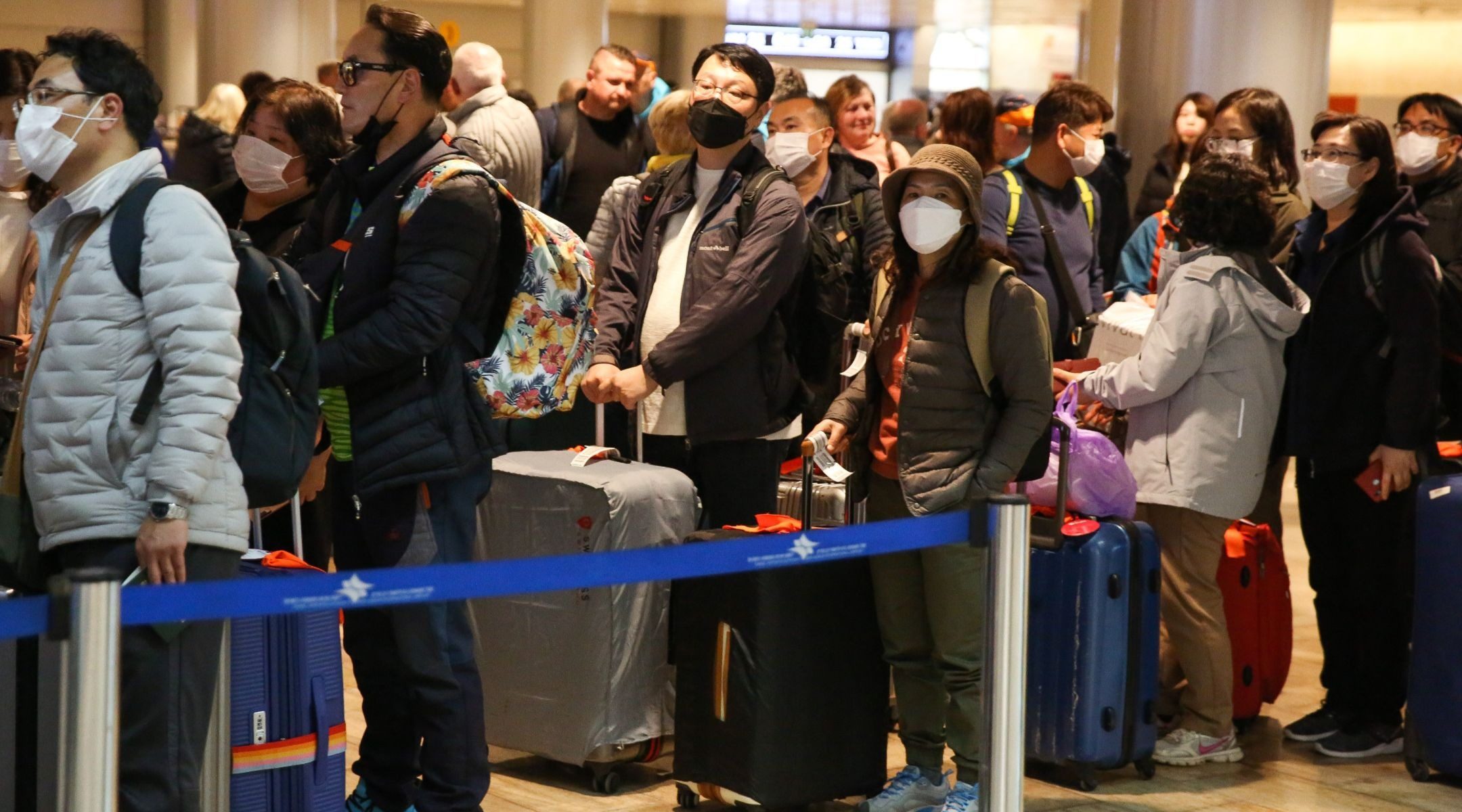 South Korean tourists wear masks as they wait for the departure of their flight at Ben Gurion International Airport near Tel Aviv, Feb. 24, 2020. (Flash90)
Advertisement

JERUSALEM (JTA) — Israel confirmed its second case of coronavirus, diagnosed in another Israeli who returned after spending two weeks quarantined on a cruise ship docked in Japan’s Tokyo Bay.

The case was confirmed on Sunday at Sheba Medical Center in Tel Hashomer, where the cruise passenger has been in isolation since returning from Japan. Four other Israelis who developed the virus aboard the ship remain isolated in a special medical center in Japan.

Meanwhile, South Korean nationals on Sunday were ordered to leave Israel and were to be airlifted out the following day at Israel’s expense. Some of the visitors were stranded in Israel after flights between the countries were canceled.

The Israel Airport Authority said Monday morning that 622 Korean nationals had left the country since Sunday night, and that up to 900 still remained in the country. Many were hunkering down at Ben Gurion Airport after being refused entry to hotels.

That action followed Israel’s Health Ministry ordering students and teachers from three Israeli cities to self-quarantine in their homes after visiting tourist sites at the same time as the group from South Korea. At least nine members of the group, who returned home last week after a two-week visit to Israel, have since tested positive for coronavirus.