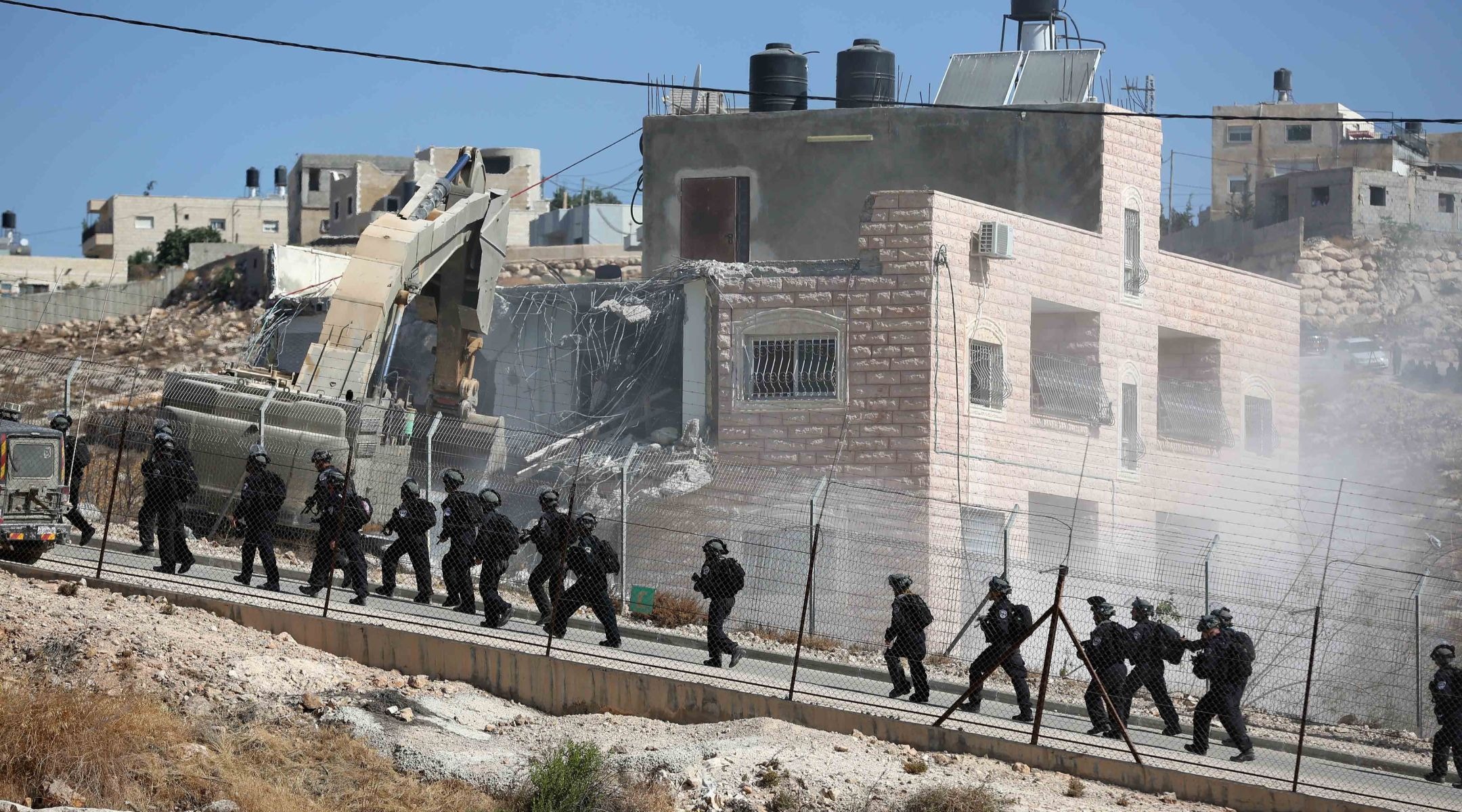 JERUSALEM (JTA) — The Israeli army demolished at least 10 buildings on Monday in an eastern Jerusalem neighborhood.

The buildings, which reportedly contained over 70 apartments, were considered illegal because they were constructed too close to the security barrier between Israel and areas controlled by the Palestinian Authority. The residents received a 30-day notice of the demolition on June 18.

The United Nations and the European Union condemned the demolitions. Palestinian Authority President Mahmoud Abbas’ office said in a statement that it “places the responsibility for this grave escalation on Israel.”

Last month, Israel’s Supreme Court declined to cancel a military order making construction in the area illegal. The ruling ended seven years of legal wrangling against the military order that in 2012 ordered a halt to the construction of the buildings due to their proximity to the security barrier.

Israel’s public security minister, Gilad Erdan, said in a statement that the court had ruled that “the illegal construction constitutes a severe security threat and can provide cover to suicide bombers and other terrorists hiding among civilian population and endanger the lives of civilians and security forces alike.”

“The court also ruled unequivocally that those who built houses in the area of the security fence knew that building in that area was prohibited,” he said, “and took the law into their own hands.”