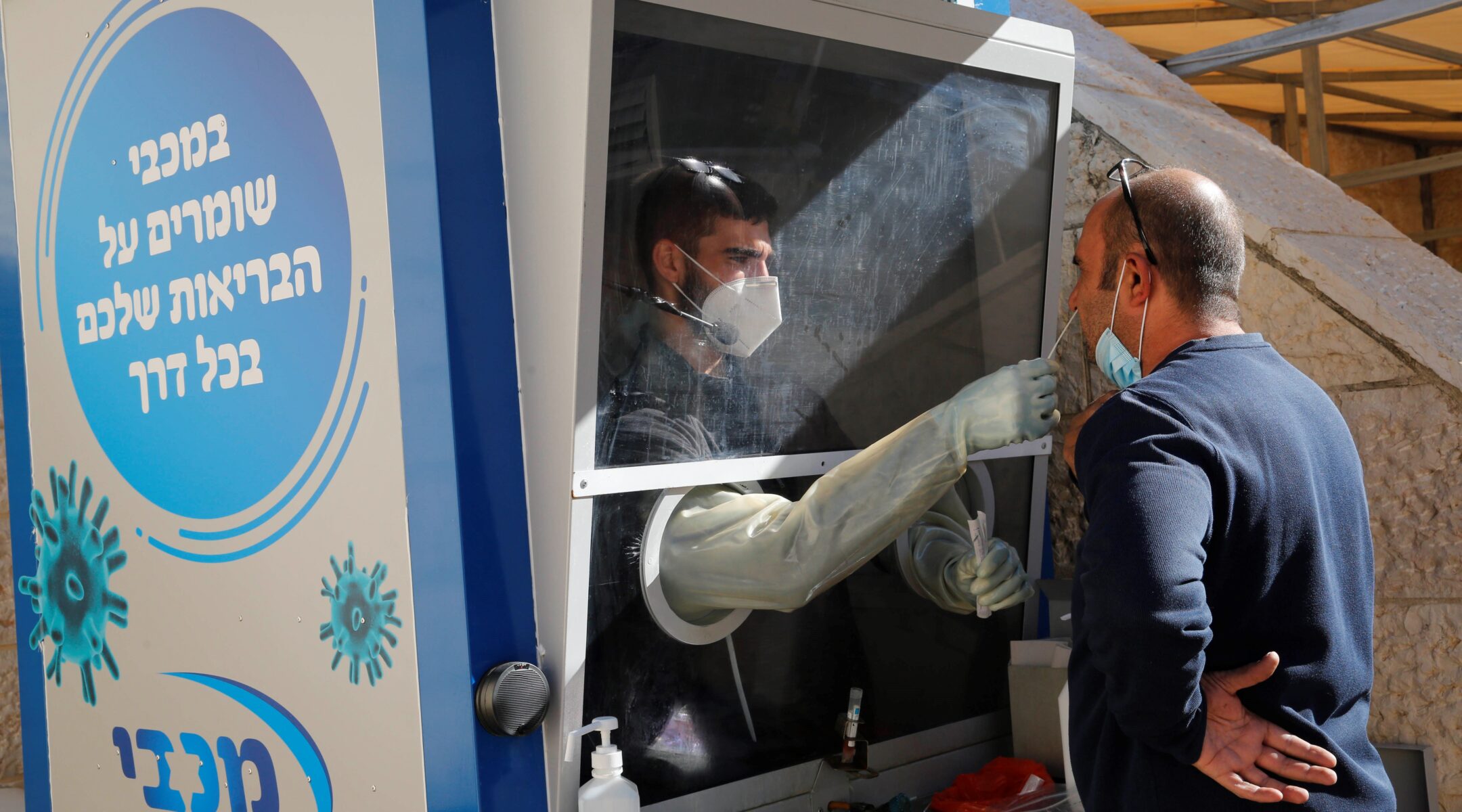 A medical worker swabs a patient in Modiin on Dec. 27, 2020, as Israel entered its third lockdown. (Xinhua/Gil Cohen Magen via Getty Images)
Advertisement

(JTA) — Israelis began a third lockdown of indeterminate length Sunday night as the country battles yet another steep wave of COVID-19 infections.

The lockdown comes as the country aggressively works to vaccinate its citizens, allowing anyone over 60 to get the vaccine, along with health care workers and soldiers, and letting some vaccination centers operate around the clock.

On Monday, Prime Minister Benjamin Netanyahu shared a chart showing that Israel had so far given doses to over 4% of its population, by far more per capita than any other country around the world. He has said he believes the country can vaccinate a quarter of its residents by the end of January.

The current lockdown will last at least two weeks, through New Year’s Eve (known in Israel as Sylvester) and into 2021, but officials have cautioned Israelis to prepare for longer.

This time, schools will remain open for young children and teenagers completing high school, in a move that could shed light on the degree to which schools are vectors for disease spread. After the country came out of its first lockdown in May, the rapid and complete reopening of schools was blamed for accelerating the disease’s resurgence. More than 3,200 Israelis have so far died in the pandemic.