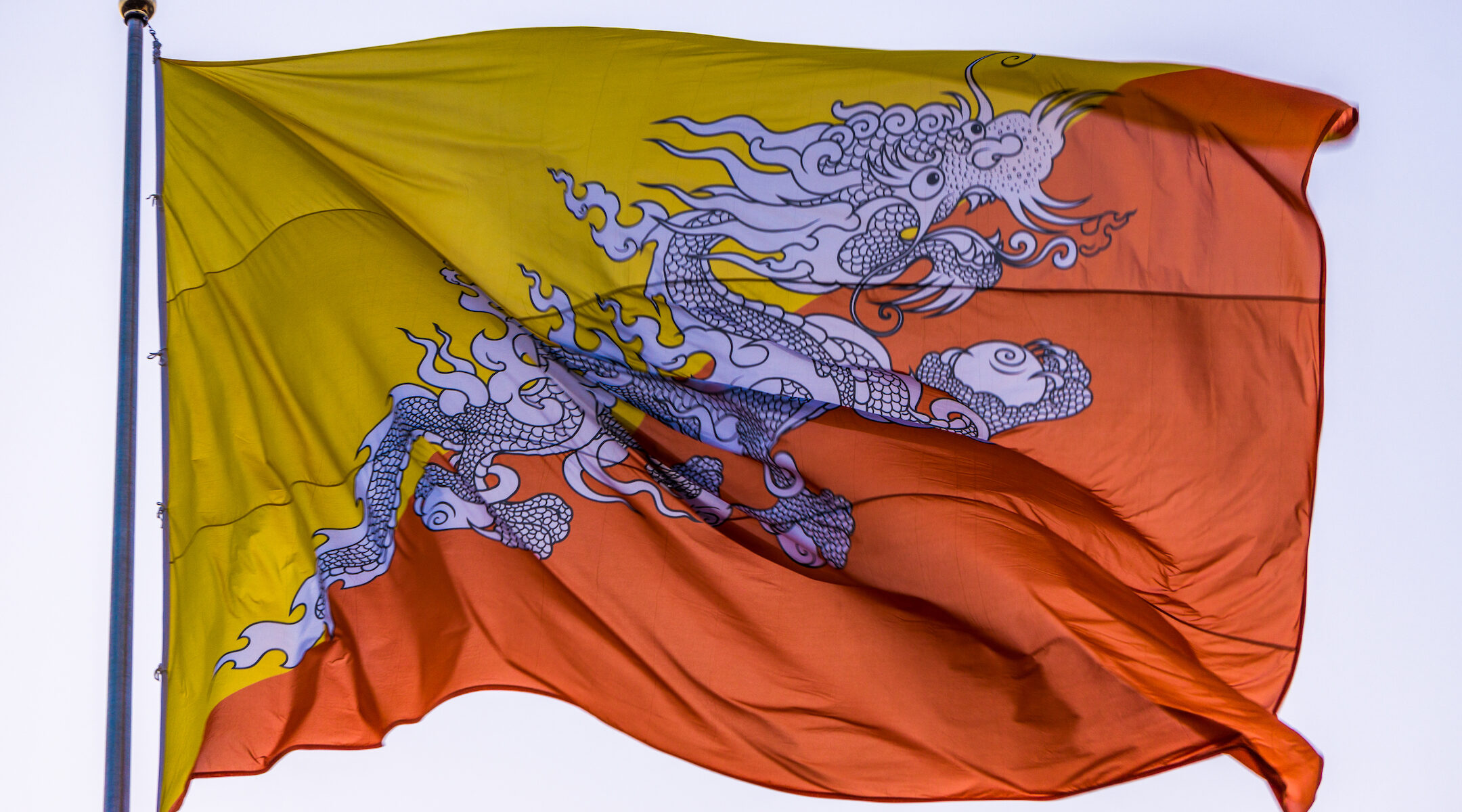 The flag of the Kingdom of Bhutan. (Caleb See/WIkimedia Commons)
Advertisement

Ron Malka, the Israeli ambassador to India, posted photos on Twitter Saturday of the signing ceremony.

Bhutan and Israel already have cordial, informal ties. Bhutan has over the last 20 years emerged from centuries of cultural and diplomatic isolation, although it has long accepted development assistance from other countries, including agricultural training from Israel since 1982.

The constitutional monarchy is famous for a national policy that eschews materialism and instead seeks “gross national happiness.”

Israeli Prime Minister Benjamin Netanyahu said in a statement that the announcement was “the additional fruit of the peace agreements,” although it’s not clear how ties with the remote Buddhist nation are related to the flurry of agreements Israel has signed in recent months with Sunni Arab states, including the United Arab Emirates, Bahrain, Sudan and Morocco.