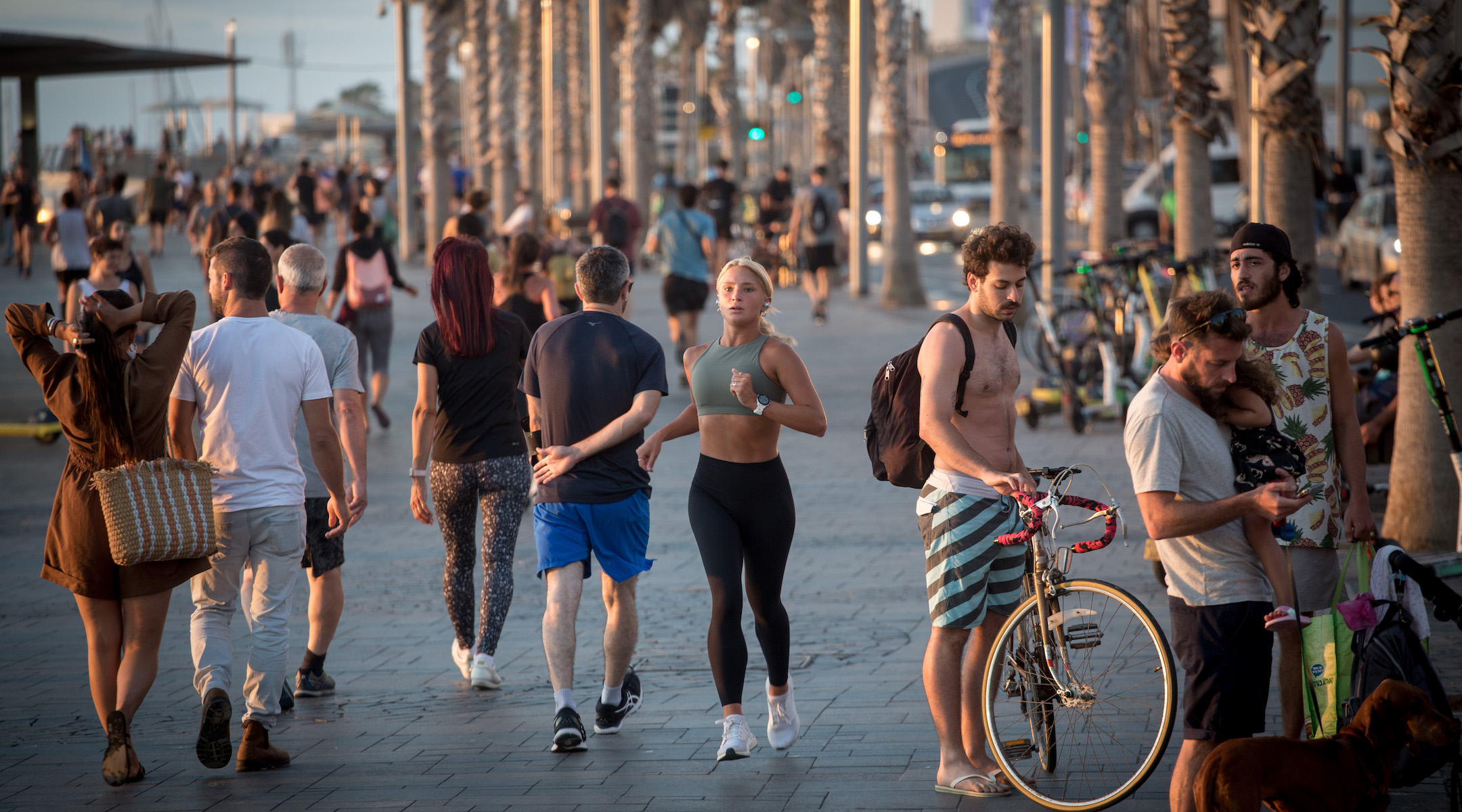 Israelis walk near the beach in Tel Aviv, May 18, 2021. (Miriam Alster/Flash90)
Advertisement

(JTA) — Israel will end its coronavirus restrictions on businesses and allow small groups of foreign tourists to visit within weeks in the wake of the world’s quickest vaccination program.

Health Minister Yuli Edelstein said Sunday that he will not renew any coronavirus limitations in June. According to Reuters, the country saw only 12 new COVID-19 cases on Saturday, in contrast to a high of 10,000 per day in January.

“The economy and the citizens of Israel will get extra room to breathe,” Edelstein said.

The requirement to wear face masks indoors could be lifted within two weeks as well.

Israel is also preparing to let 20 groups of tourists enter the country in mid-June, Reuters reported. The first groups will be five to 30 people at a time from Great Britain, the United States and Germany. The hope is to allow more groups and eventually individuals in the following weeks.

The visitors will be tested for COVID upon their arrival.

Meanwhile, three large U.S. airlines that had suspended flights to Israel amid the military conflict with Gaza said Friday that they are resuming the service, The Associated Press reported. Delta and United said they resumed on Friday, while American Airlines said it would restart the flights on Monday.

Israel has vaccinated about 55% of its total population.