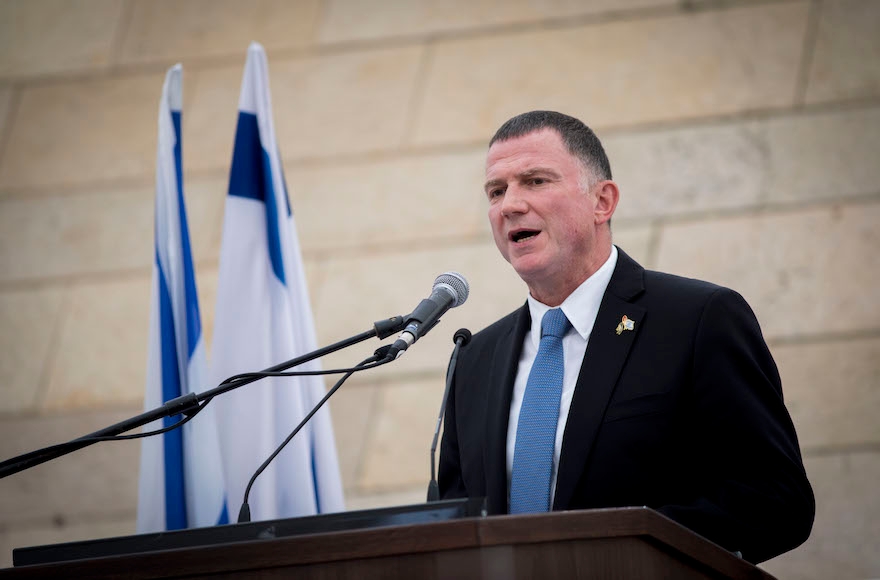 JERUSALEM (JTA) — The speaker of Israel’s Knesset cancelled an official delegation of Israeli lawmakers to Ireland, after its parliament advanced a bill banning the sale of West Bank goods.

Yuli Edelstein cancelled the parliamentary delegation on Monday. It was scheduled to travel in March.

The Occupied Territories Bill passed on Thursday would ban the import or sale of goods originating in all “occupied territories,” with lawmakers’ discussions centered on eastern Jerusalem, the Golan Heights and the West Bank.

The Irish ambassador to Israel was summoned to the Foreign Ministry for a reprimand on Friday. Israeli Prime Minister Benjamin Netanyahu also serves as Foreign Minister.