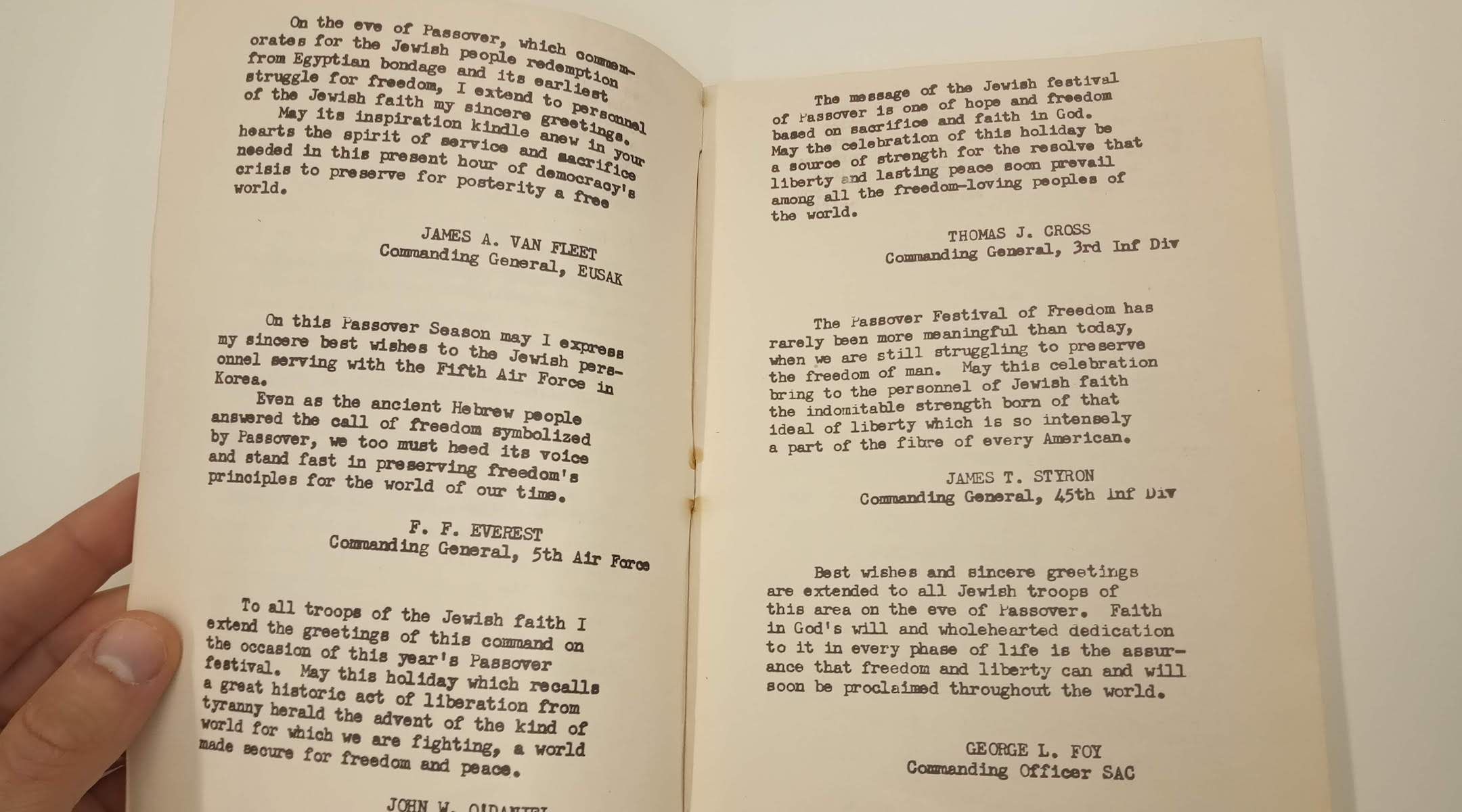 The Korean War Haggadah, from 1952, with greetings from generals. (Courtesy of The National Library of Israel, Jerusalem)
Advertisement

(JTA) — As the owner of the world’s largest collection of Haggadahs, the National Library of Israel is no stranger to unusual versions of the text that Jews read on Passover.

Among the library’s some 10,000 Haggadahs is the Prague Haggadah from 1556, of which only two copies exist. And the even older Rothschild Haggadah from 1450, which was written in Italy on parchment so delicate that it’s kept in a dark vault (unusually, the library in Jerusalem put that Haggadah on display this year, but only for two days.)

Yet one of the library’s most special Haggadahs is younger than the institution’s chairman, 74-year-old David Bloomberg.

Dubbed the Korean War Haggadah, the booklet from 1952 was purchased recently by the library because it is “extremely rare,” the museum said in a statement. It did not say how much the 32-page booklet cost.

Printed in Korea for the use of U.S. military personnel fighting there, the Haggadah was first used in a seder, the traditional Passover meal, organized by two Jewish chaplains who also were responsible for producing the document.

Jewish soldiers from across Korea were given furloughs and transported to that seder.

The Haggadah cover is decorated with hand-drawn insignias of the main military units involved in the seder, including for the Jewish chaplaincy appearing in the middle. The seder menu includes “Gefuelte Fish,” “Chicken Soup aux Kneidlach” and three types of wine, including “Manischewitz California State.”