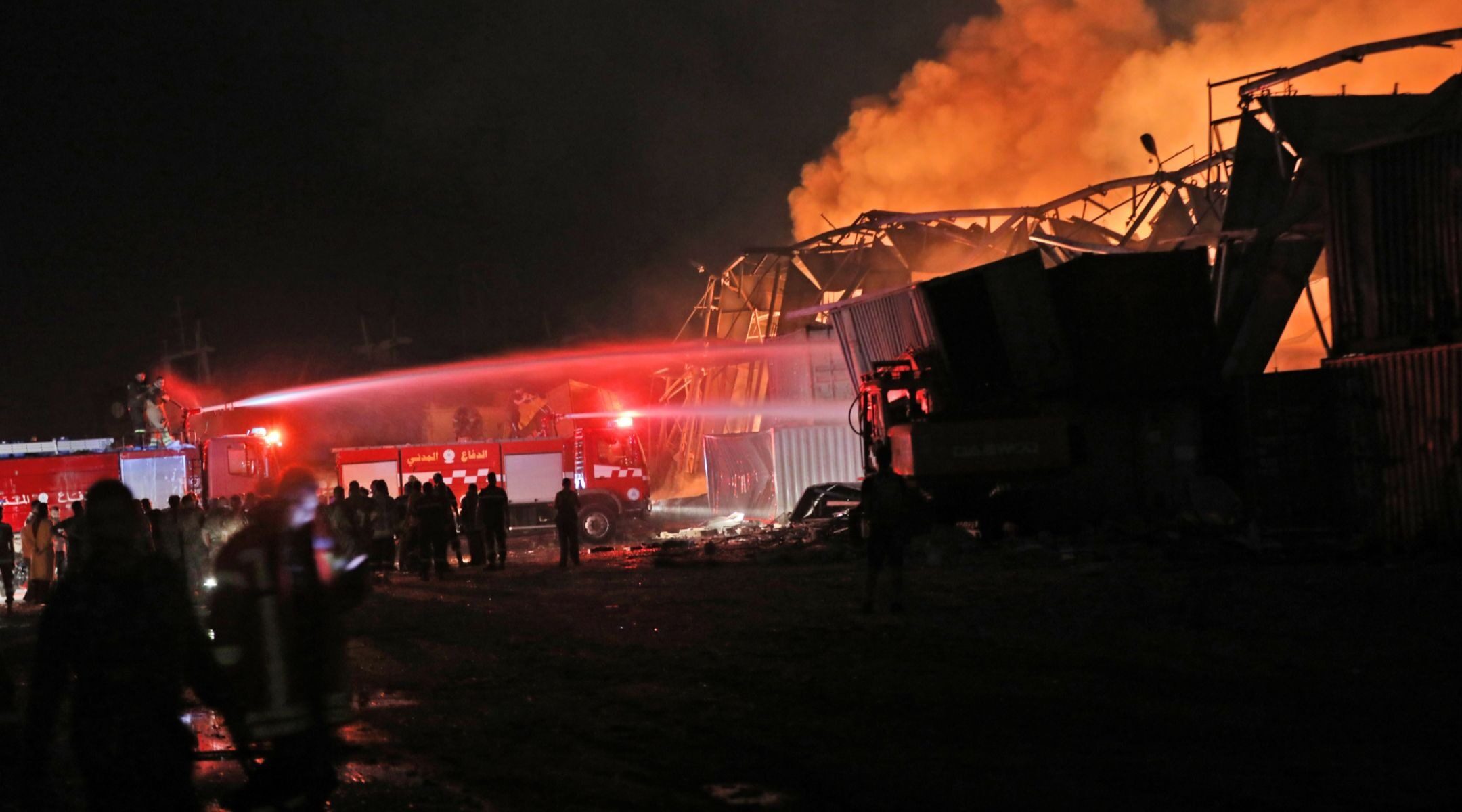 Firefighters douse a blaze at the scene of an explosion at the port of Lebanon's capital Beirut, Aug. 4, 2020. (Ibrahim Amro/AFP via Getty Images)
Advertisement

Because Lebanon and Israel are still technically in a state of war, the offers are being extended through third-party diplomatic channels.

“This is the time to rise above any conflict,” tweeted the spokesperson for the Israel Defense Forces, Hidai Zilberman.

Initial reports said the blast was in a warehouse packed with explosives and may have been triggered by a fire. Videos posted to social media showed the forceful blast cutting a wide swath of damage across Beirut, and area hospitals have been overwhelmed with the injured.

The explosion comes as the country is reeling from the coronavirus pandemic and an economic crisis that has accelerated unemployment and hunger.

Israeli authorities told multiple news organizations that the country had nothing to do with the disaster.

In recent years, Israel has assisted and received assistance from neighbors that were formerly enemies, or with whom it has difficult relations.