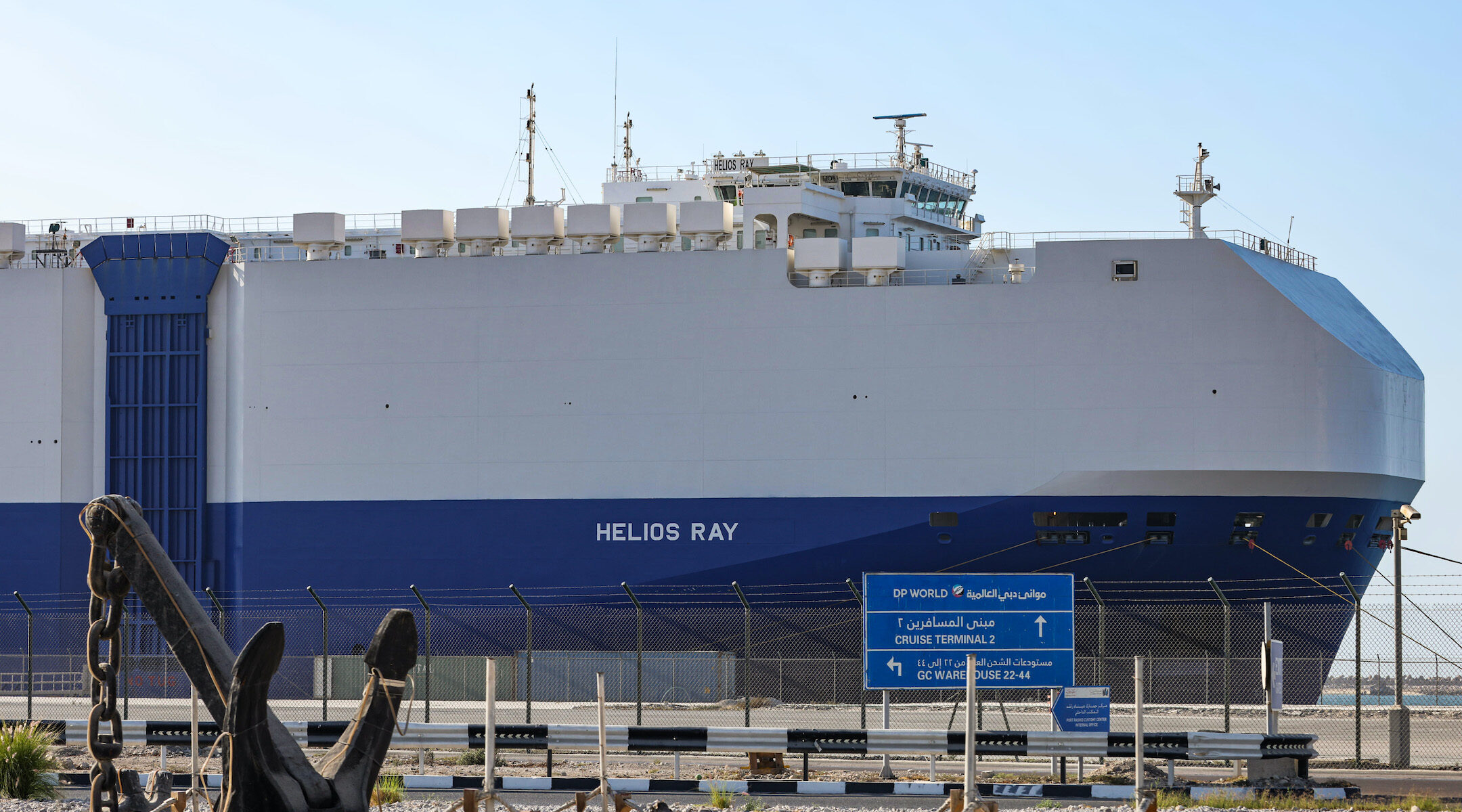 (JTA) — An Israeli-owned cargo ship sustained an explosion in the Gulf of Oman early Friday morning, without harming any crew members.

It docked safely in a Dubai port on Sunday, the Associated Press reports.

Israeli Defense Minister Benny Gantz said Saturday that his “assessment” is that Iran was behind the attack.

“Iran is looking to hit Israeli infrastructure and Israeli citizens,” Gantz told the Kan public broadcaster. “The location of the ship in relative close proximity to Iran raises the notion, the assessment, that it is the Iranians.”

According to Reuters, Israel’s Channel 13 News said defense officials believe Iran either fired two small missiles or attached mines to part of the ship that when exploded would not sink the vessel.

Tensions between Israel and Iran, one of the Jewish state’s most fervent enemies, have risen since last fall, after Israel assassinated a lead scientist in charge of Iran’s nuclear program. Iran is also lobbying the new Biden administration to relieve sanctions that the Trump administration had imposed after leaving the nuclear deal brokered by the U.S. and other world powers in 2015.

Gantz added that Israel’s army is “working to build up our forces and is preparing itself for any scenario, including one in which we would need to take operative action to prevent Iran from obtaining nuclear weapons.”