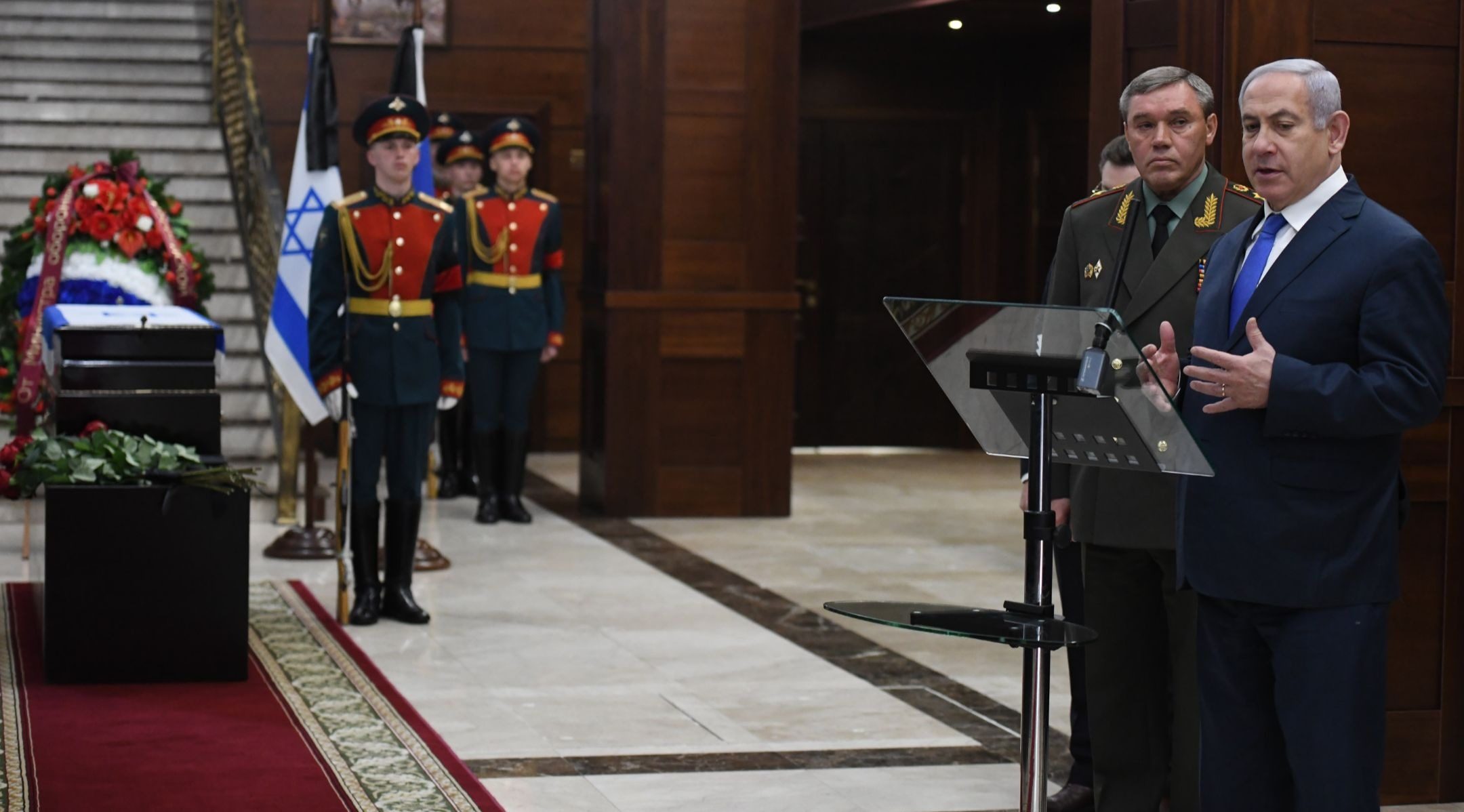 JERUSALEM (JTA) — Two Syrian prisoners held in Israeli jails were transferred back to Syria as a gesture of “goodwill” in response to the return of the body of Israeli soldier Zachary Baumel at the beginning of the month.

The planned return was announced on Saturday and took place on Sunday at the Quneitra crossing in the Golan Heights.

One of the returned Syrians was a  Fatah activist and resident of the Yarmouk refugee camp in Damascus  jailed for attempting to kidnap Israeli soldiers, the other was jailed for drug smuggling and was expected to get out in the summer. Both men asked not to be returned to Syria, according to reports.

Israeli officials denied that the return of the prisoners was part of a deal to recover the body of the soldier who went missing in Lebanon in June 1982. But Syrian and Russian sources said it was part of the deal.

Baumel’s body was retrieved by Russian forces from a Palestinian refugee camp in Syria earlier this month.

The family of killed Israeli soldier Hadar Goldin, whose body has been held by Hamas in Gaza since 2014, expressed anger over the return of the Syrian prisoners, saying that their return should have been part of a larger exchange that included their son’s body and the body of killed soldier Oron Shaul.