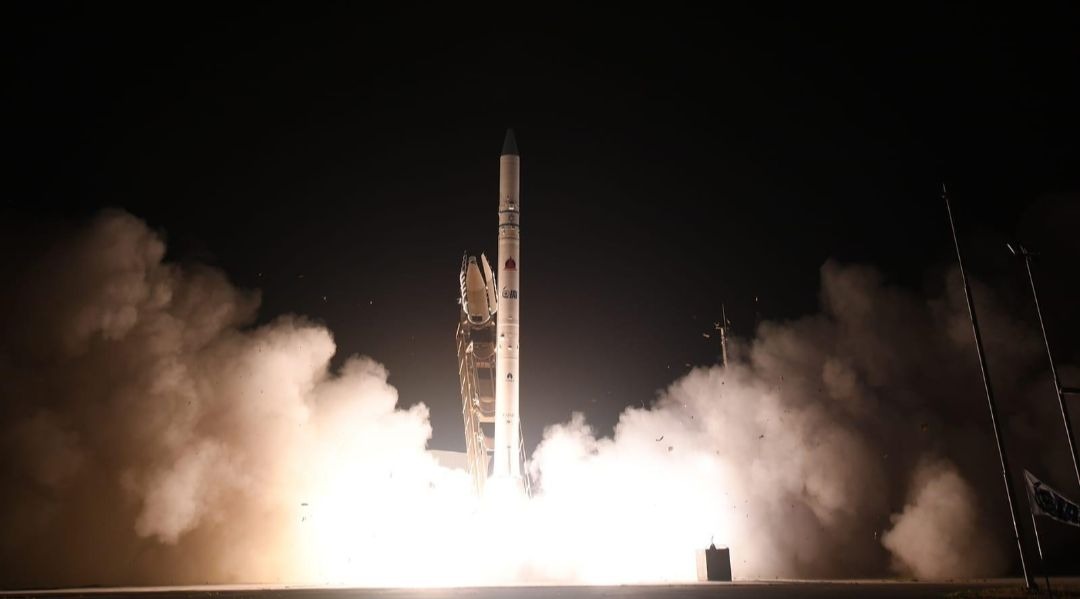 The Ofek 16 reconnaissance satellite blasts off into space from a launch site in central Israel on July 6, 2020. (Israel Ministry of Defense Spokesperson's Office)
Advertisement

The spy satellite was blasted into space early Sunday morning from a launch site in central Israel, the Ministry of Defense said in a statement. Following the launch, the satellite began to orbit around earth and transmit data, in accordance with original launch plans.

Ofek 16 is an electro-optical reconnaissance satellite with advanced capabilities, according to the statement. It was developed and produced by Israel Aerospace Industries, led by the Defense Ministry’s Space Administration. The last satellite in the Ofek series was launched three years ago.

“The successful launch of the Ofek 16 satellite overnight is yet another extraordinary achievement for the defense establishment, for the defense industries as a whole, and for Israel Aerospace Industries in particular,” Defense Minister Benny Gantz said. “Technological superiority and intelligence capabilities are essential to the security of the State of Israel. The fact that Israel is one of the 13 countries in the world with satellite launching capabilities is not a given, and was made possible by the people who have been investing in these systems and advancing breakthrough capabilities over the years.”

The satellite is expected to send its first images next week.