Israel swears in its military’s first vegetarian chief of staff 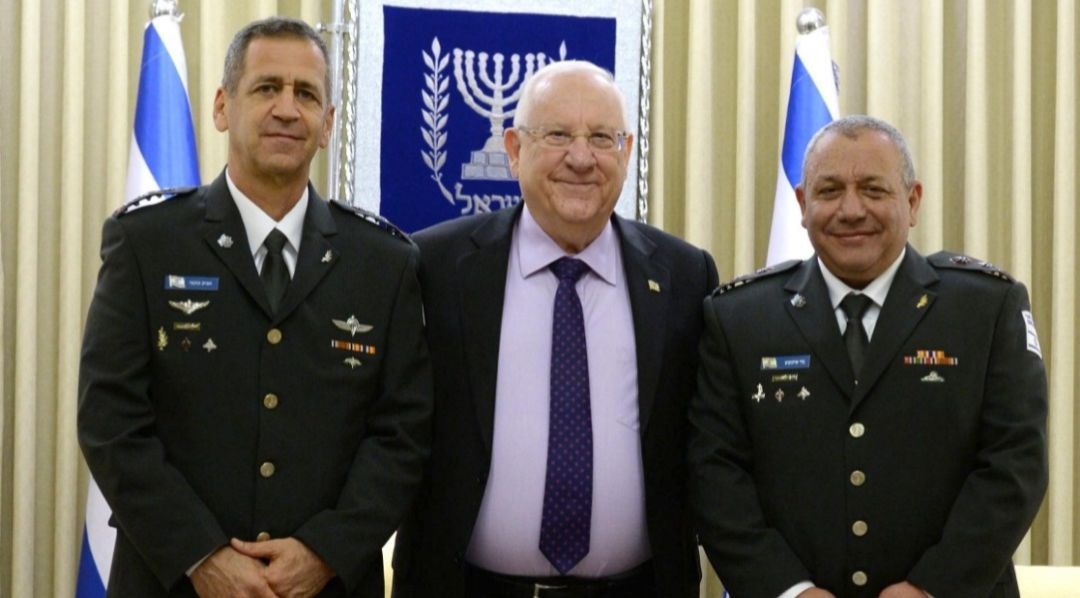 Lt.-Gen. Aviv Kochavi, 54, assumed his new post during a handover ceremony at Israel Defense Forces headquarters in Tel Aviv on Tuesday. He succeeds Lt.-Gen. Gadi Eisenkot, 58, who served four years and in the IDF for 40 years.

Kochavi, the deputy IDF chief, also headed the Military Intelligence Directorate and the Northern Command. He was decorated for his service during the Second Lebanon War in 2006 and Operation Protective Edge in Gaza in 2014.

At the ceremony, he recalled being sworn in at the Western Wall and vowing at the time “to dedicate all of my efforts to defending the homeland.”

“Now, as the head of the General Staff, while I have national security and the good of the state before me, I make a new vow. There is much work to be done, good luck to us all,” he said.

Following his swearing-in, he and Eisenkot visited the Mount Herzl national military cemetery and memorial, and the Yad Vashem Holocaust memorial and museum, as is traditional. They later met with President Reuven Rivlin at his residence in Jerusalem.

Kochavi holds a master’s in public administration from Harvard and another in international relations from Johns Hopkins.

Haaretz reported that he is the first vegetarian chief of staff.