Israel will be under lockdown for Memorial and Independence days 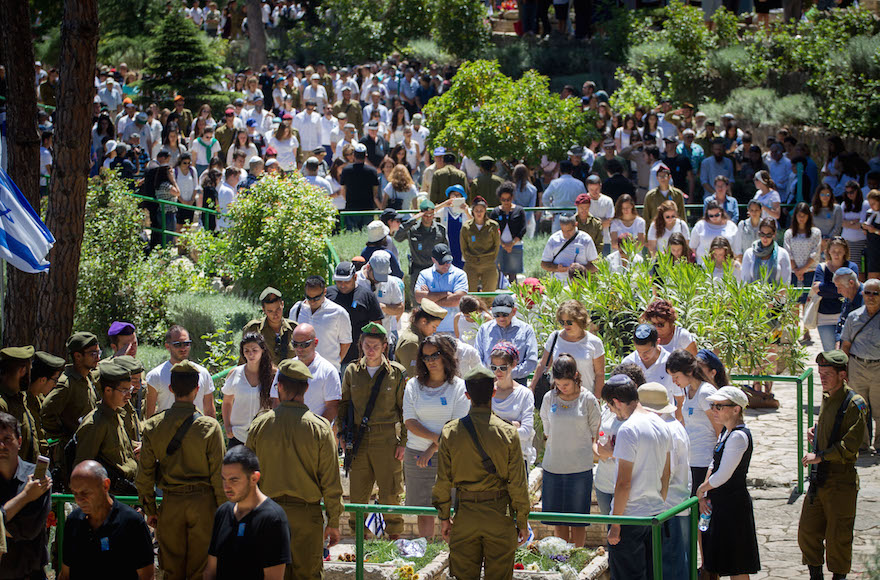 Israelis standing next to graves of Israeli soldiers at the Mt. Herzl military cemetery in Jerusalem, May 11, 2016. (Miriam Alster/Flash90)
Advertisement

JERUSALEM (JTA) — Israel will go into emergency lockdown on the country’s Memorial and Independence days in an effort to tamp down the coronavirus crisis, raising an outcry from bereaved families.

On Wednesday, the Cabinet in a meeting via conference call approved the emergency measures, which prevent Israelis from leaving their homes and communities on those days. Regulations were put in place as well for the Muslim holy month of Ramadan, which begins Thursday.

Under the regulations approved for Remembrance Day for the Fallen of Israel’s Wars and Victims of Terrorism, which will be observed on April 27, Israelis cannot visit cemeteries and memorial sites. Bereaved families will be permitted, however, to visit the graves of their loved ones in military cemeteries and those of terror victims until Sunday.

Defense Minister Naftali Bennett said in a statement that these nuclear families must observe distancing rules.

“It’s a painful decision, but it’s necessary,” he said.

Thousands of people usually crowd military cemeteries for special ceremonies and to support the bereaved families on Memorial Day.

Israel also will be shut down for Independence Day, which is usually marked by barbecues, fireworks and public celebrations. The national ceremonies at the Western Wall and Mount Herzl will be held without audiences.

For Ramadan, the Cabinet approved regulations through May 3 for communities with a majority of Muslim residents, as well as in certain areas of Jerusalem. Businesses and stores must be closed from 6 p.m. to 3 a.m., the hours when those observing the holy month may eat and drink, except for pharmacies. Only delivery service will be allowed.