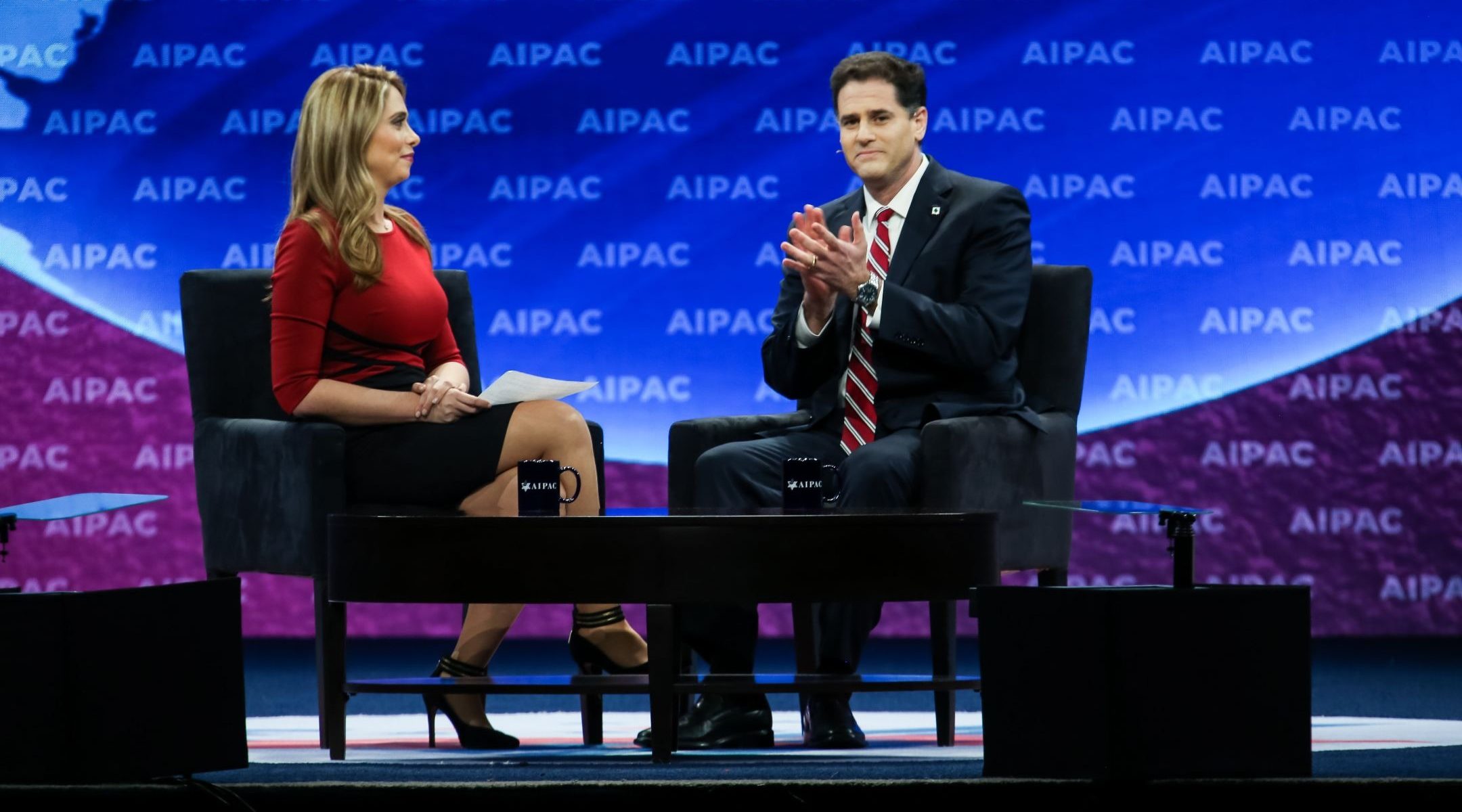 WASHINGTON (JTA) — Ron Dermer, the Israeli ambassador to Washington, lavished praise on the Trump administration as the keynote speaker at a White House reception for Jewish leaders.

Among the major religious denominations, only leaders of Orthodox Jewish groups were present at the event Tuesday. Leaders of three of the four major streams of American Judaism were kept off the invitation list, although there was one Conservative rabbi from the Washington, D.C., area on hand.

Dermer spoke in praise of the Trump administration and its Israel policy, including moving the U.S. Embassy to Jerusalem, withdrawing from the Iran deal, defending Israel at the United Nations and recognizing Israeli sovereignty over the Golan Heights, attendees said.

Rabbi Levi Shemtov, who directs American Friends of Lubavitch (Chabad), spoke about the coming Passover holiday at the reception in the Indian Treaty Room in the Eisenhower Executive Office Building, which adjoins the White House. Elan Carr, the State Department’s anti-Semitism envoy, briefed the guests on combating anti-Semitism overseas.

Jared Kushner, the president’s son-in-law, was expected to attend but was a no-show.

Kushner is leading a group authoring an Israeli-Palestinian peace plan. Jewish Insider quoted Dermer as seeking to reassure those present about the  plan.

“I know a lot of people are concerned that the peace plan is going to be coming out soon,” Dermer said. “But I have to say, as Israel’s ambassador, I am confident that this administration — given its support for Israel — will take Israel’s vital concerns into account in any plan they will put forward.”

The Reform, Reconstructionist and Conservative movements, whose leaders were not invited, have clashed with the White House on a range of policies, including immigration and President Donald Trump’s rhetoric, which they see as fueling bias. The Orthodox movement has been more welcoming of White House policies, particularly relating to Israel, including Trump’s decision to move the embassy.

Also not invited was the Anti-Defamation League, the country’s leading Jewish civil rights group. Nor was J Street, the liberal Jewish Middle East policy group; HIAS, the lead Jewish immigration advocacy group; or the Israel Policy Forum, a group dedicated to a two-state outcome to the Israeli-Palestinian conflict. The Simon Wiesenthal Center, another defense group, also was not invited, although its founder, Rabbi Marvin Hier, delivered a blessing at Trump’s inauguration.

Among the groups that did make the cut were the American Israel Public Affairs Committee, B’nai B’rith International, Endowment for Middle East Truth, the American Zionist Movement, the Foundation for Defense of Democracies, the Hudson Institute, Hadassah, the National Council of Young Israel, the American Jewish Committee, the Jewish Federations of North America, the Jewish Council for Public Affairs, the Zionist Organization of America, the Alpha Epsilon Pi fraternity, the Coalition for Jewish Values, the Republican Jewish Coalition, Jexodus, the Orthodox Jewish Chamber of Commerce and the Conference of Presidents of Major American Jewish Organizations.