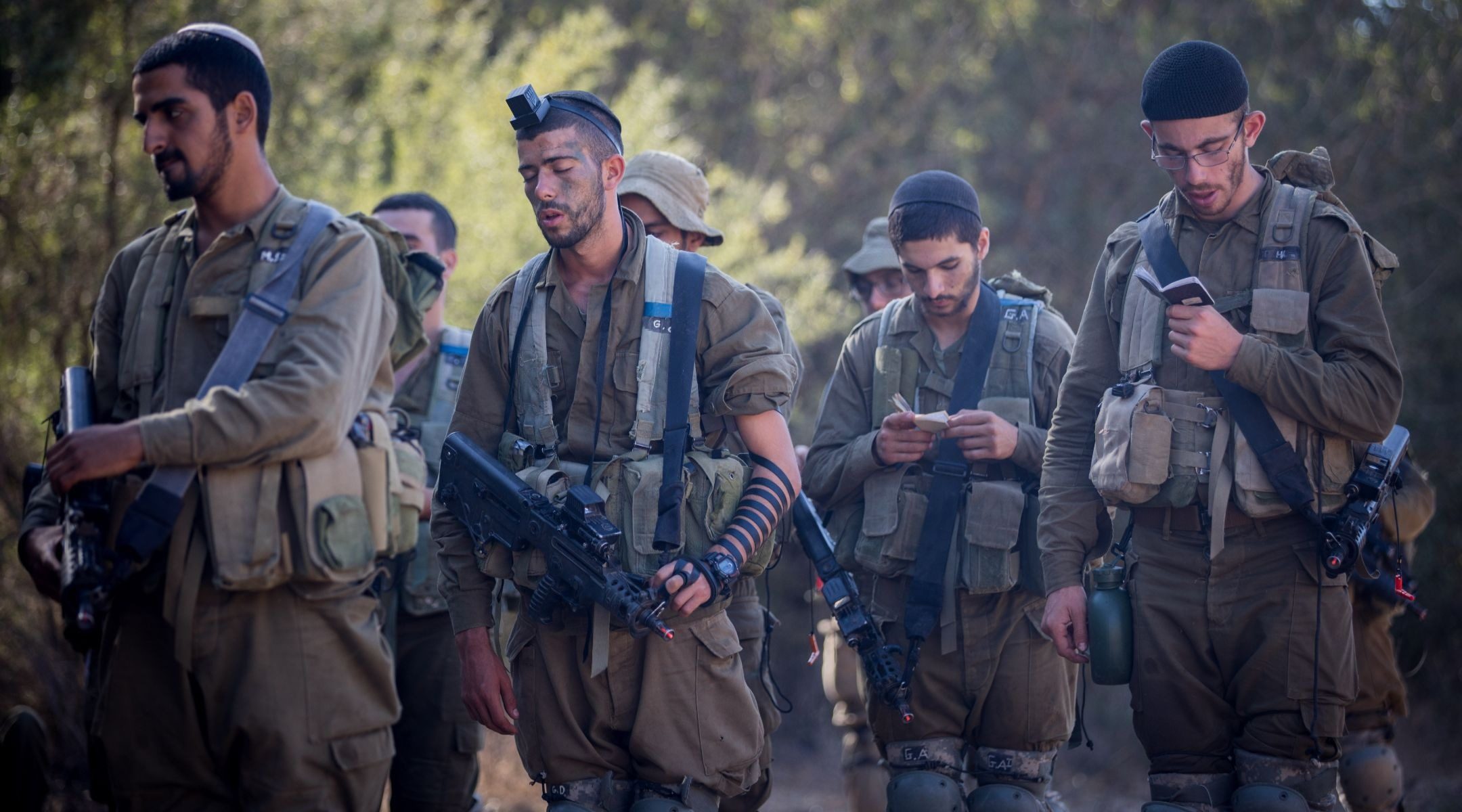 Religious Israeli soldiers pray during a training of a haredi Orthdox unit of the Givati Brigade near the Israeli city of Beit Shemesh, Sept. 27, 2017. (Yonatan Sindel/Flash90)
Advertisement

JERUSALEM (JTA) — The numbers of haredi Orthodox soldiers joining the Israeli army is lower than the numbers reported by the military.

The Israel Defense Forces says it’s because there was a change in the definition of a haredi, or ultra-Orthodox, recruit.

In 2017, the IDF said that 3,070 haredi soldiers were recruited, but actually there were only 1,300 enlisted, the Kan public broadcaster first reported on Wednesday.

The IDF said in a statement that the discrepancy was discovered as part of “internal control operations,” and the claim that it falsified data or attempted to mislead is “incorrect.”

IDF Chief of Staff Aviv Kochavi has ordered an investigation into how the numbers were calculated. The Knesset Foreign Affairs and Defense Committee will convene to discuss the issue at a meeting Monday. Blue and White lawmaker Gabi Ashkenazi, a former IDF chief of staff who heads the committee, called the meeting.