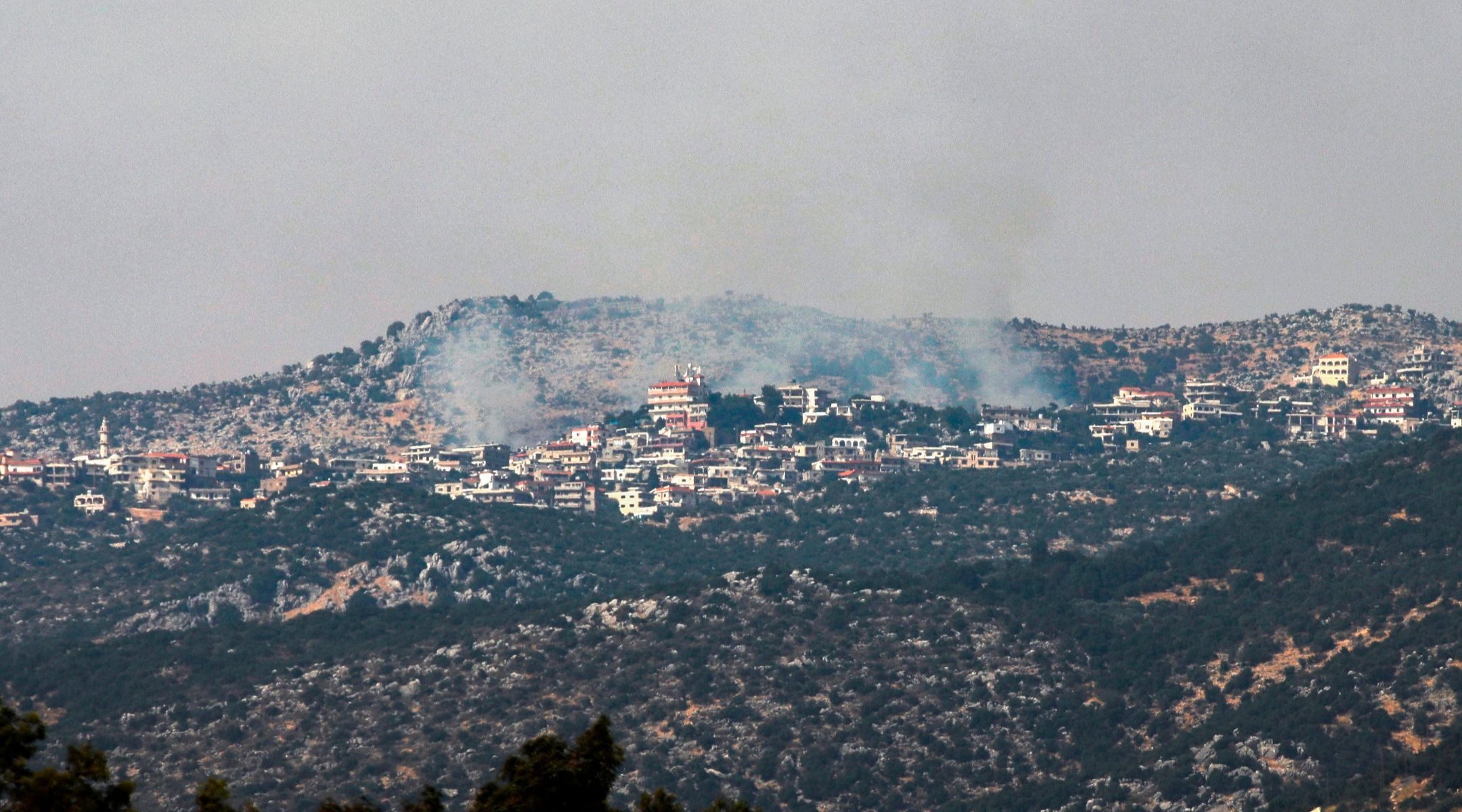 JERUSALEM (JTA) — A cell of Hezbollah infiltrators who crossed into Israeli territory from Lebanon were thwarted by Israeli gunfire and tank shells on Monday afternoon, the Israeli army said.

Three to five operatives from the terrorist group traveled several yards into northern Israel before soldiers responded with machine guns and tank shells, according to the Israel Defense Forces. The cell retreated back into Lebanese territory.

Residents of northern Israel were ordered to remain in their homes due to a “serious security incident.” The IDF’s restriction was lifted about an hour later.

Earlier Monday, Hezbollah reportedly fired a guided missile at an Israeli vehicle traveling in the Golan Heights in an area known as Sheba Farms, an IDF spokesman told Haaretz. Israel reportedly responded by firing tank shells in the area.

No one was reported killed on either side.

Reuters cited what it called a Lebanese source familiar with Monday’s operation as saying the attempted attack was retaliation for the death of a Hezbollah fighter killed in what was identified as an Israeli airstrike on a missile depot and military positions, weapons and ammunition warehouses in Damascus one week  ago. Five Iranian-backed fighters were killed in the attack.

Israel neither confirmed nor denied its involvement in the airstrikes.

“Iran and its proxies are still trying to strangle our northern border in an Iranian chokehold,” Defense Minister Benny Gantz said in a statement. “The IDF and our security forces will continue to block Iranian entrenchment, as well as the transfer of destabilizing weapons, and precision weapon systems.”

Gantz and Prime Minister Benjamin Netanyahu consulted on the situation on Monday evening at IDF headquarters in Tel Aviv.