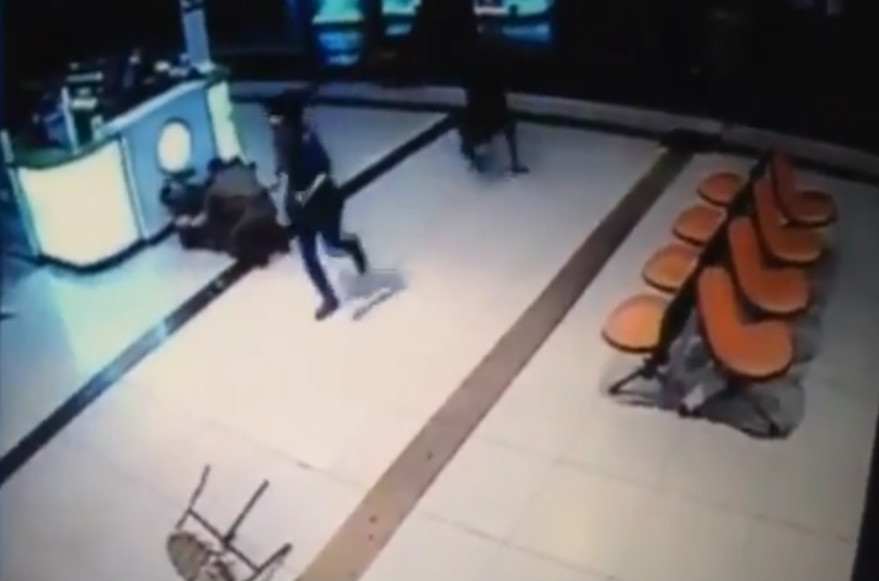 JERUSALEM (JTA) — An Israeli court acquitted two men who beat to death an Eritrean asylum seeker that they mistook for a terrorist after an attack in 2015.

In his ruling Monday, Judge Aharon Mishnayot brought up the many terrorist attacks that took place in Israel during the wave of Palestinian terrorism that began in September 2015, according to Haaretz.

One of the defendants was an Israeli soldier at the time of the attack at the Beersheba Central Bus Station and the other was a prison warden.

Bystanders believed that Haftom Zarhum, 29, was a terrorist who stabbed a soldier and grabbed his M-16 rifle, then opened fire. The soldier was shot and killed.

Security guards shot Zarhum, who was then beaten by a mob as he was prone on the ground. Video images of the attack show Zarhum incapacitated and lying in a pool of his own blood being kicked by bystanders who thought he was an assailant.

An autopsy found that Zarhum had eight gunshot wounds, three of which were fatal.

The real attacker was a Bedouin Israeli.

Mishnayot wrote in his ruling that the court “cannot ignore the context of the incident of the frequent terrorist attacks that occurred in the country at the time, their relationship to the event that we are dealing with and the implications that this could have on their state of mind – the state of awareness of those involved in the incident.”