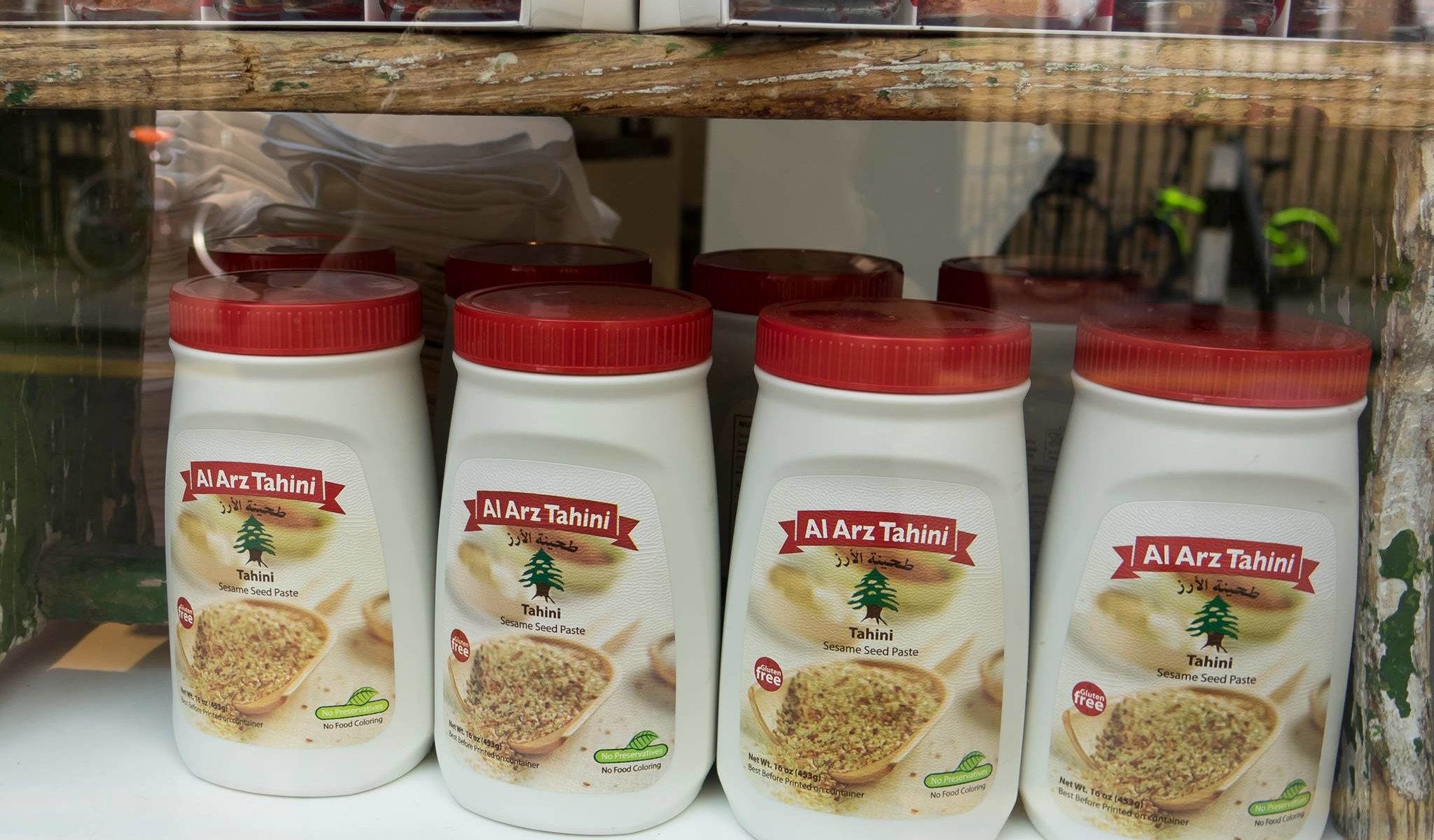 Al Arz tahini displayed in the window of an Ottolenghi cafe in London in 2018. (Ottolenghi Islington Facebook)
Advertisement

(JTA) — The Arab-Israeli owner of a popular tahini brand facing a boycott for donating to an Israeli LGBTQ rights group has some friends in the Israeli diplomatic community.

Dozens of Israeli diplomats in Israel and around the world have purchased more than 600 pounds of the tasty sesame paste to support Julia Zaher, who owns Al Arz tahini in Nazareth.

The packages arrived Wednesday at the Ministry of Foreign Affairs office in Jerusalem. Some will remain in Israel, with the rest sent to diplomats in the United States, Tokyo, Singapore, Taiwan and Uzbekistan.

Galit Peleg, the former consul for public diplomacy in New York, has been friendly with Zaher for years and enlisted dozens of diplomats to make a group purchase of the popular sesame paste.

“Julia — aside from the fact that she is a role model for female entrepreneurs and a breakthrough for businesswomen in the Arab society —has made a lot of important contributions towards promoting minorities in Israeli society, especially within the Arab community,” Peleg said in a statement.

Zaher made a “significant” donation to a rights group called Aguda to create a hotline for Arabic-speaking LGBT Israelis. After Aguda tweeted appreciation in Arabic and Hebrew, some Arabs called for a boycott of her brand.

Al Arz tahini is distributed globally, with its adherents including the well-known Israeli chef Yotam Ottolenghi.