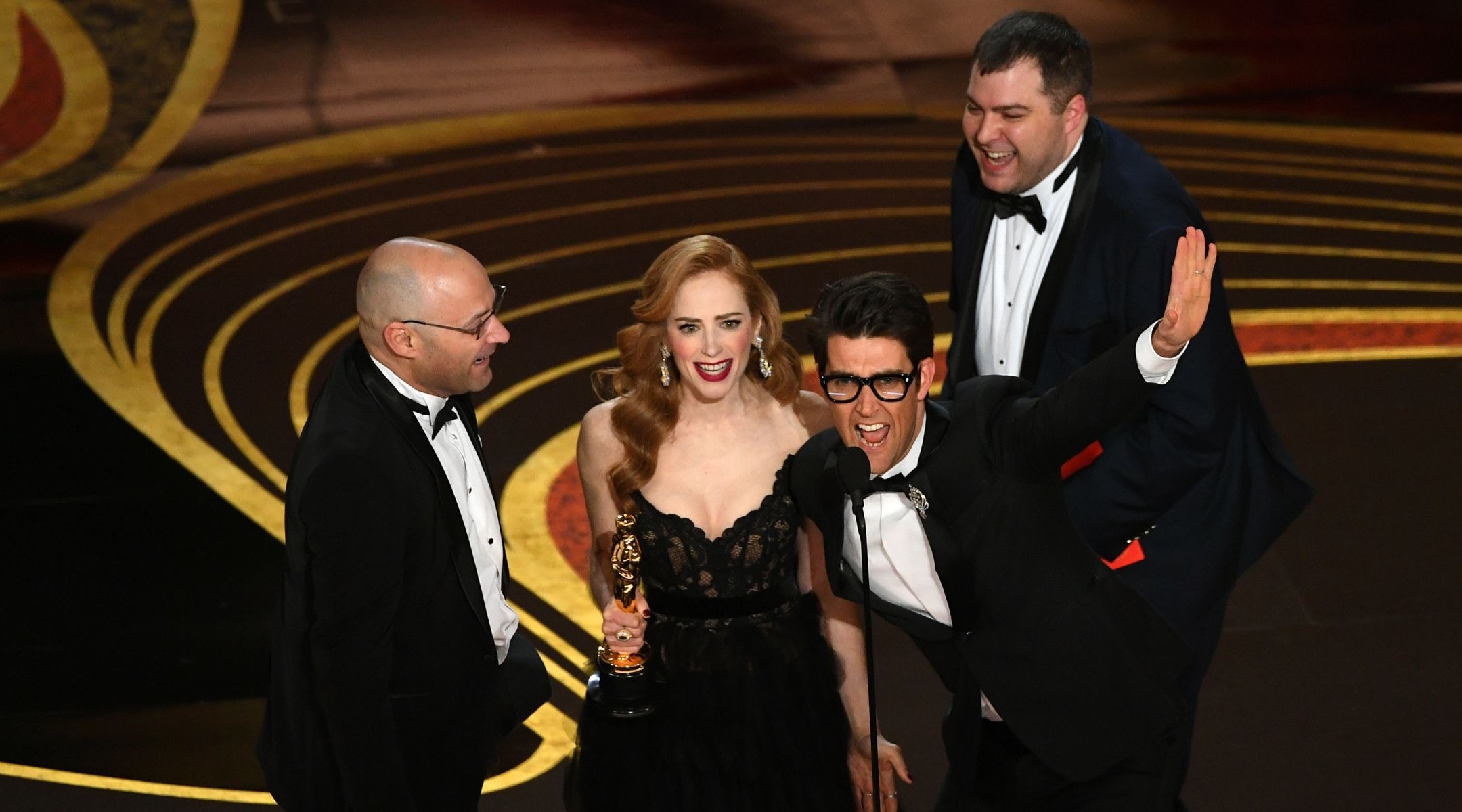 “I moved here 5 years ago from Israel — laila tov Yisrael [good evening Israel],” said Guy Nattiv, accepting the award for his short “Skin,” about  former skinhead group member Bryon Widner and his transformation.  “My grandparents are Holocaust survivors. The bigotry that they experienced in the Holocaust, we see that everywhere today, in America, in Europe. This film is about education, about teaching your kids a better way.”

Guy Nattiv, accepting Best Live Action Short award: "My grandparents are Holocaust survivors. The bigotry that they experienced in the Holocaust, we see that everywhere today, in America, in Europe. This film is about…teaching your kids a better way." https://t.co/zSrvQG8ZE6 pic.twitter.com/wDoHAICDgM

Other Jewish nominees failed to take home Oscar trophies — including Rachel Weisz, up for supporting actress for her work in “The Favourite,” and the Coen brothers, whose script for “The Ballad of Buster Scruggs” was up for best adapted screenplay.

But “BlacKkKlansman,” co-written by Jewish writers Charlie Wachtel and David Rabinowitz (along with Kevin Willmott and director Spike Lee), won the best adapted screenplay award. The film centers on the first African-American cop in the Colorado Springs police force, who teams up with a Jewish detective to infiltrate the local Ku Klux Klan.

Barbra Streisand gave a passionate introduction for the video summarizing “BlacKkKlansman,” and noted that after she first praised the film on Twitter, she and Lee had an “easy” conversation about it, due to the fact that they both hail from Brooklyn.

“Shallow” from “A Star Is Born” won for Best Original Song for the writing and producing team that included Jewish songwriter, producer and DJ Marc Ronson. It was performed at the Oscars by Lady Gaga.

The evening opened with a performance of  “We Will Rock You/We Are The Champions” by members of Queen with Jewish singer Adam Lambert.