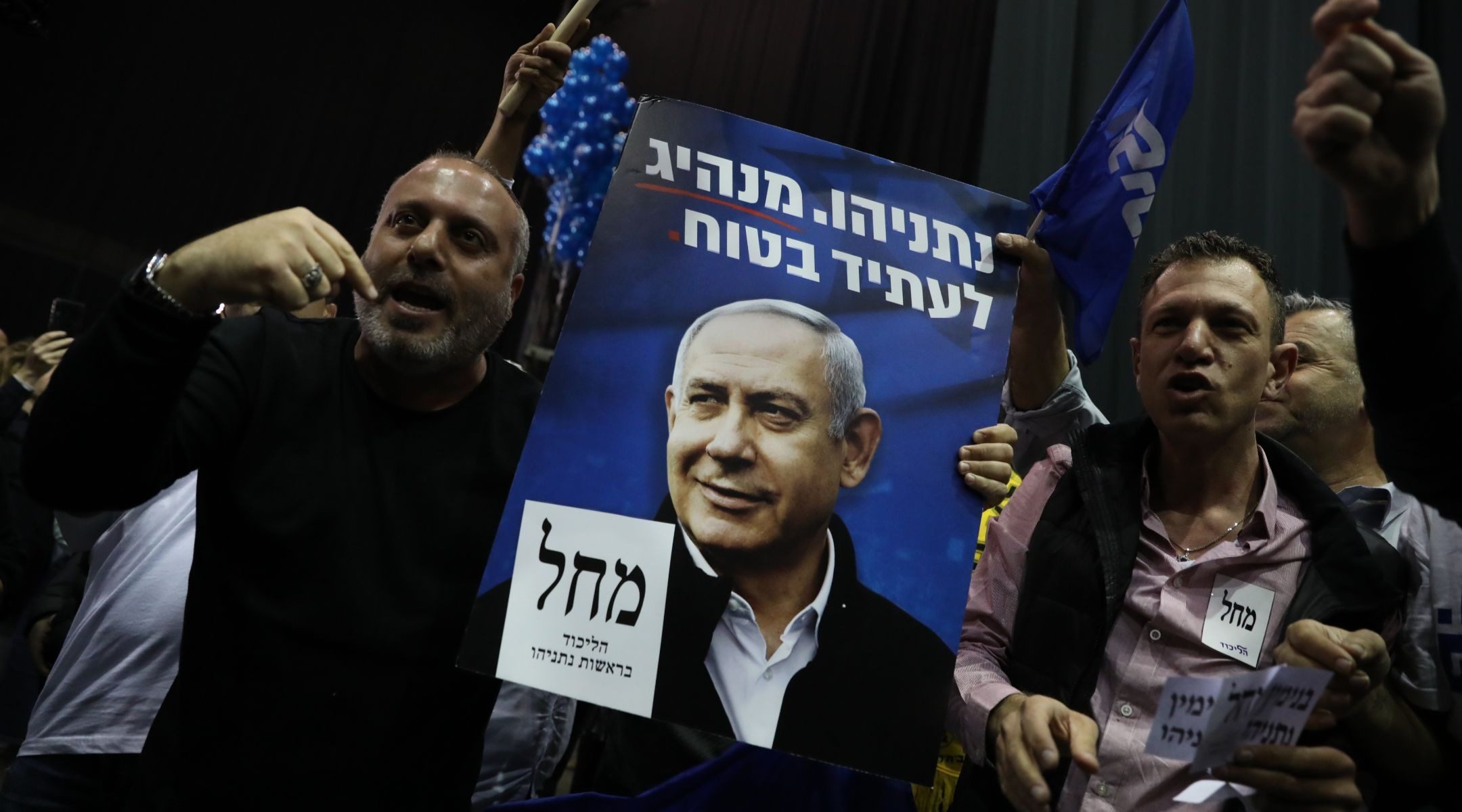 JERUSALEM (JTA) — Most of the votes in Israel have been counted from Monday’s election, and Prime Minister Benjamin Netanyahu’s Likud party has the most seats in the parliament, gaining four from the balloting in September to regain the top spot.

But the right-wing bloc, while also picking up four seats from the earlier election, falls just shy of a majority needed to form a coalition government.

With 90 percent of the votes counted on Tuesday afternoon, Likud has 36 seats in the Knesset, or 29 percent of the vote, in Israel’s unprecedented third election in less than a year. That moves the party past September’s winner, the centrist Blue and White, which now has 32 seats, or 26.3 percent. The Joint List of mostly Arab parties is third with 15 seats.

The right-wing bloc, however, has 59 seats and needs two more for a majority in the 120-seat Knesset. The bloc also includes the Sephardic Orthodox Shas party at 10 seats and the haredi Orthodox United Torah Judaism party with seven. Yamina has six seats.

The seats could still shift slightly after the counting of the so-called “double envelope” ballots, which include soldiers, hospitalized patients, prisoners and, this year, citizens quarantined over possible exposure to the coronavirus. Those ballots will not be counted until Tuesday night and Wednesday morning.

Following the September election, neither Blue and White leader Benny Gantz, whose party won the most seats with 33 to 32 for Likud, nor Netanyahu were able to assemble a coalition government.

If the right-wing bloc still comes up short now, Likud reportedly has not ruled out forming a minority coalition, or trying to convince individual lawmakers from the center and left parties to join a government.

On Tuesday afternoon, Netanyahu met with the heads of the right-wing and religious parties. The parties reportedly agreed not to rule out anyone that recognizes Israel as a Jewish and democratic state, which would include Avigdor Liberman’s Yisrael Beitenu and its seven seats.

Liberman, however, has said he will not join a government with religious parties, nor a government supported by Arab parties.

President Reuven Rivlin’s office announced Tuesday that he will receive election results on March 10 from the chairman of the Central Elections committee, Supreme Court Justice Neil Hendel. Rivlin then has seven days to consult with party heads for their recommendations on who to ask to form a government coalition and arrive at a decision. The consultations will be broadcast live.