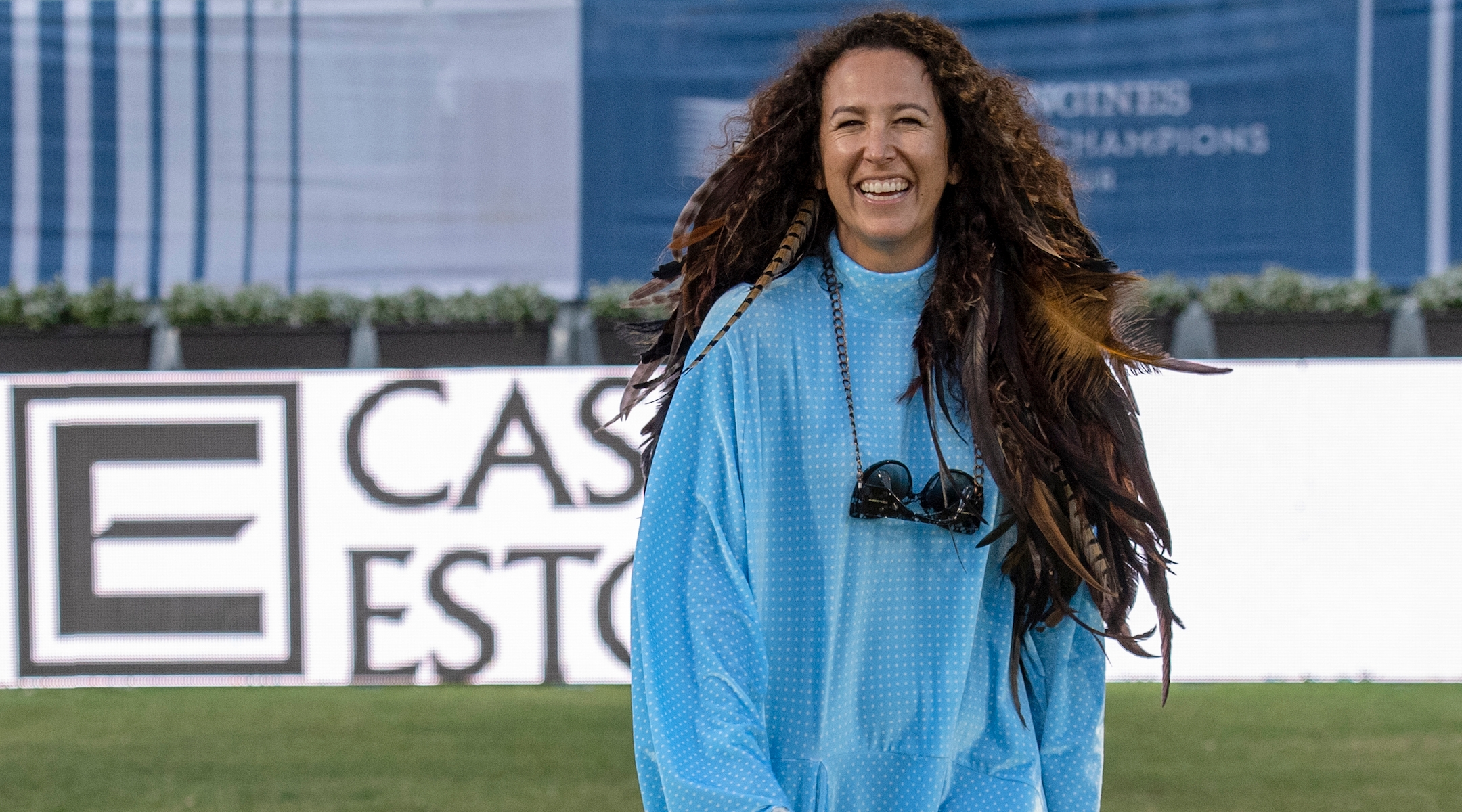 Danielle Goldstein Waldman, shown at this month's Grand Prix of Cascais Estoril in Portugal, was made an Israeli citizen a decade ago and now will represent her new country at the 2020 Olympics. (Horacio Villalobos/Corbis via Getty Images)
Advertisement

JERUSALEM (JTA) — An Israeli team will compete in equestrian show jumping for the first time at the Olympics.

Israel’s four-rider squad, including a woman from New York and a man who twice represented his native Colombia, qualified Sunday for the 2020 Tokyo Games, narrowly defeating Poland during the Olympic qualifier in Moscow.

Along with Poland and the host Russia, the Israelis competed against teams from Uzbekistan, Azerbaijan and Kyrgyzstan in cold and rainy conditions. In show jumping, horse and rider jump over a series of obstacles inside a riding ring.

Daniel Bluman, born in Colombia and raised in Florida, competed in the 2012 and 2016 Olympics with the Colombian team before deciding to represent Israel.

Danielle Goldstein Waldman, a native New Yorker who received Israeli citizenship in 2010, was married a month before the event and lives with her husband, a fellow show jumper, in The Netherlands. Goldstein Waldman is known for the dozens of feathers she often weaves into her hair, as well as her equestrian skills.