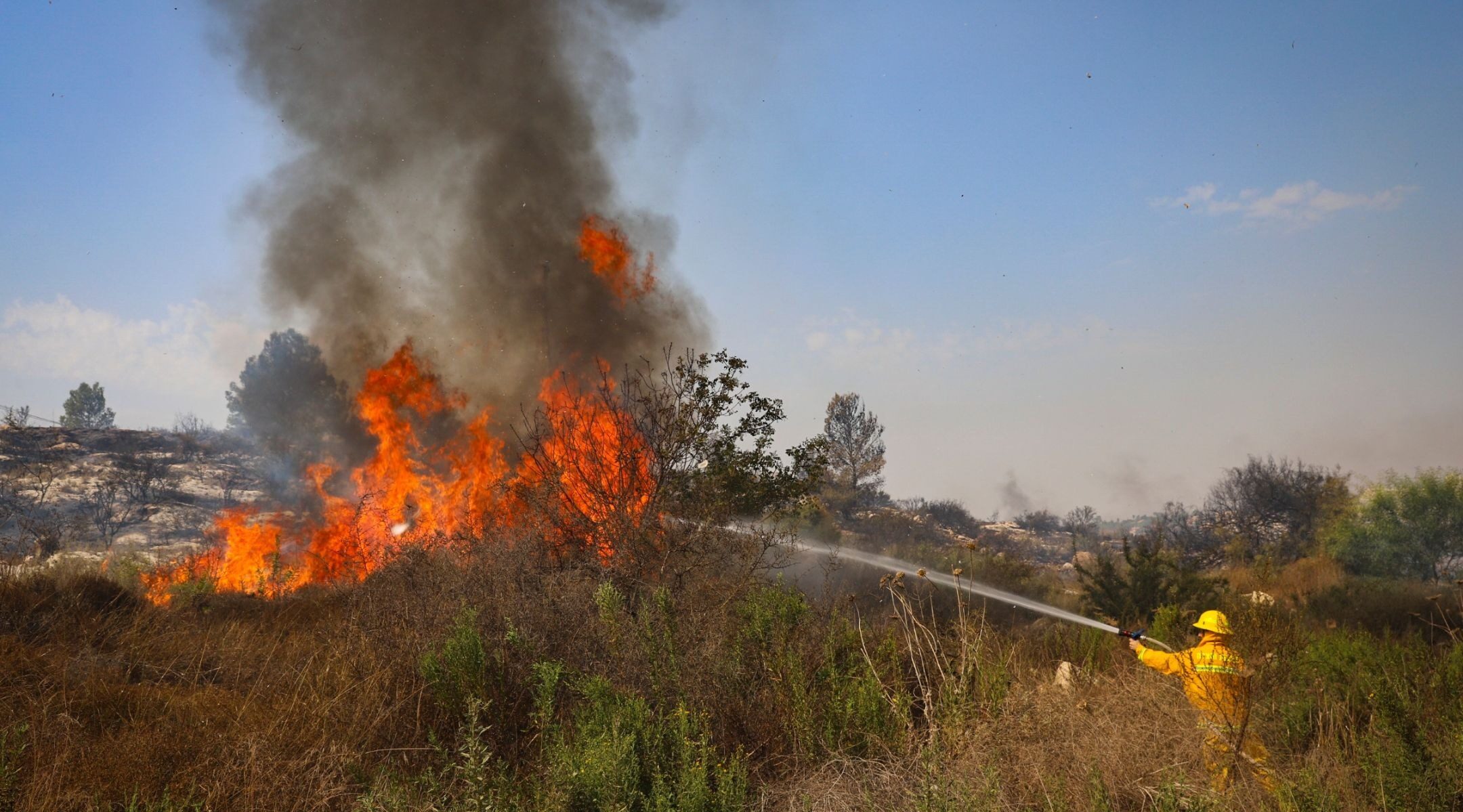 A firefighter works to extinguish a fire near the Kfar HaOranim settlement in the West Bank on Oct. 9, 2020, after all the residents were evacuated from the community. (Yossi Aloni/Flash90)
Advertisement

(JTA) — Thousands of Israelis were forced to evacuate their homes over the weekend as a result of fires burning across the country.

Some 250 fires, including 13 identified as very large, spread throughout the country, including the West Bank. Dozens of homes were burned.

Fire and Rescue Commissioner Dedi Simchi told the Kan national broadcaster that some of the fires in the West Bank are believed to have been deliberately set by Palestinians.

Firefighting aircraft flew over 150 sorties to dump flame-retardant foam on the fires, according to the report. Most of the fires started on Friday and were brought under control by the end of the day Saturday.

Some 10,000 people were evacuated from their homes.

Israel has been suffering from a record-breaking heatwave in recent weeks.