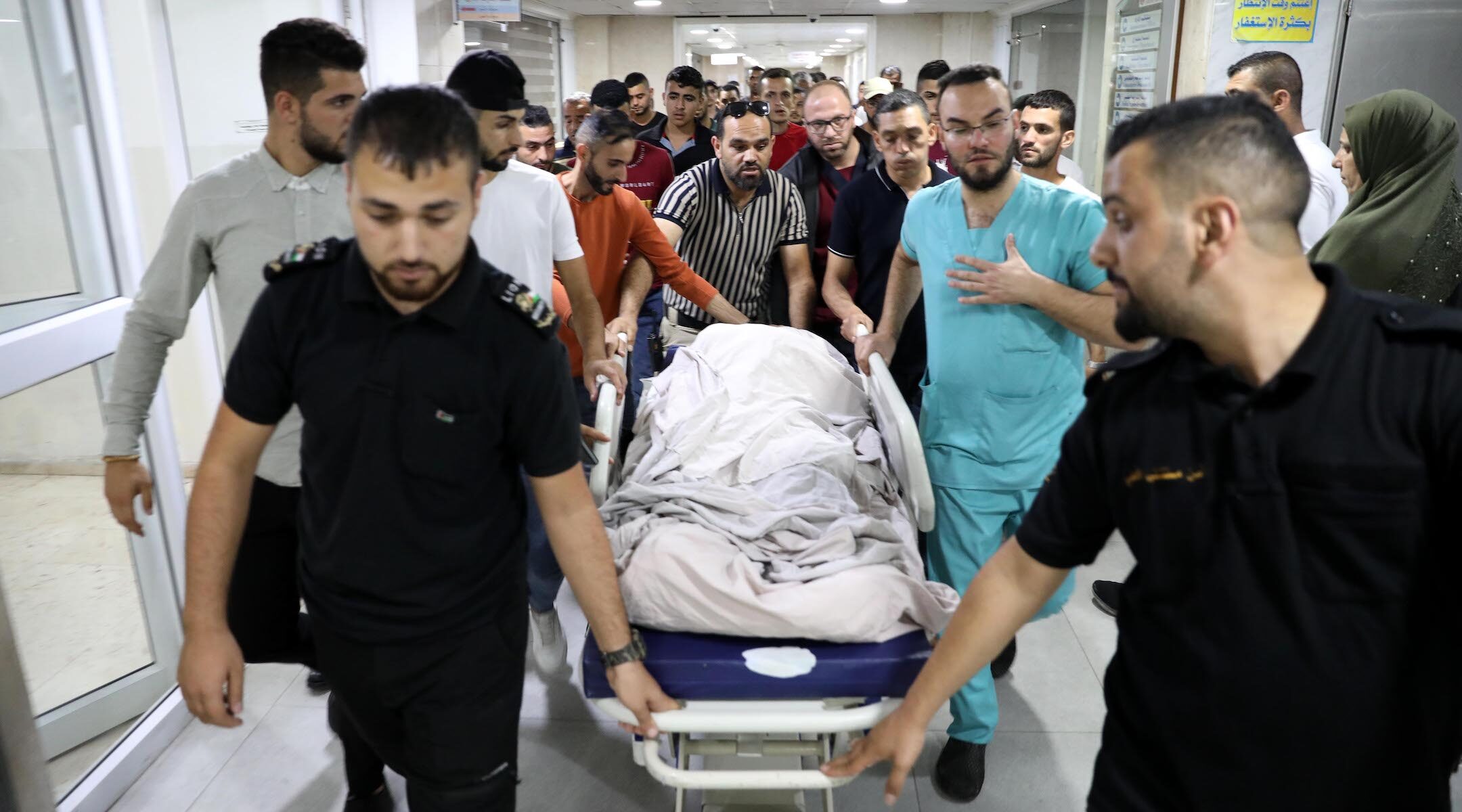 Family and friends escort the body of Mohammed al-Alami, 12, in the West Bank town of Beit Ummar on July 28, 2021. (Wisam Hashlamoun/Flash90)
Advertisement

(JTA) — Israeli forces shot and killed a Palestinian man at the funeral Thursday for a 12-year-old Palestinian boy who had been killed a day earlier by soldiers, according to the Palestinian Health Ministry.

Shawkat Awad, 20, became the third Palestinian killed by Israeli forces in the West Bank since Tuesday, according to reports.

Awad died hours after he was shot in clashes between soldiers and hundreds of mourners and protesters at the funeral for Mohammed al-Alami, according to Haaretz. The boy was struck by soldiers firing on a car at the entrance to the village of Beit Ummar. He was declared dead at the hospital.

“For seven years we tried to have children, until Mohammed arrived,” said al-Alami’s father, Muayed, according to Haaretz. “They took my heart from me, they snatched it from me.”

On Tuesday, Israeli soldiers shot dead a Palestinian man who they suspected was committing a terror attack. According to the Israeli publication Ynet, the man was fixing a pipe.

Israel is investigating the three incidents.