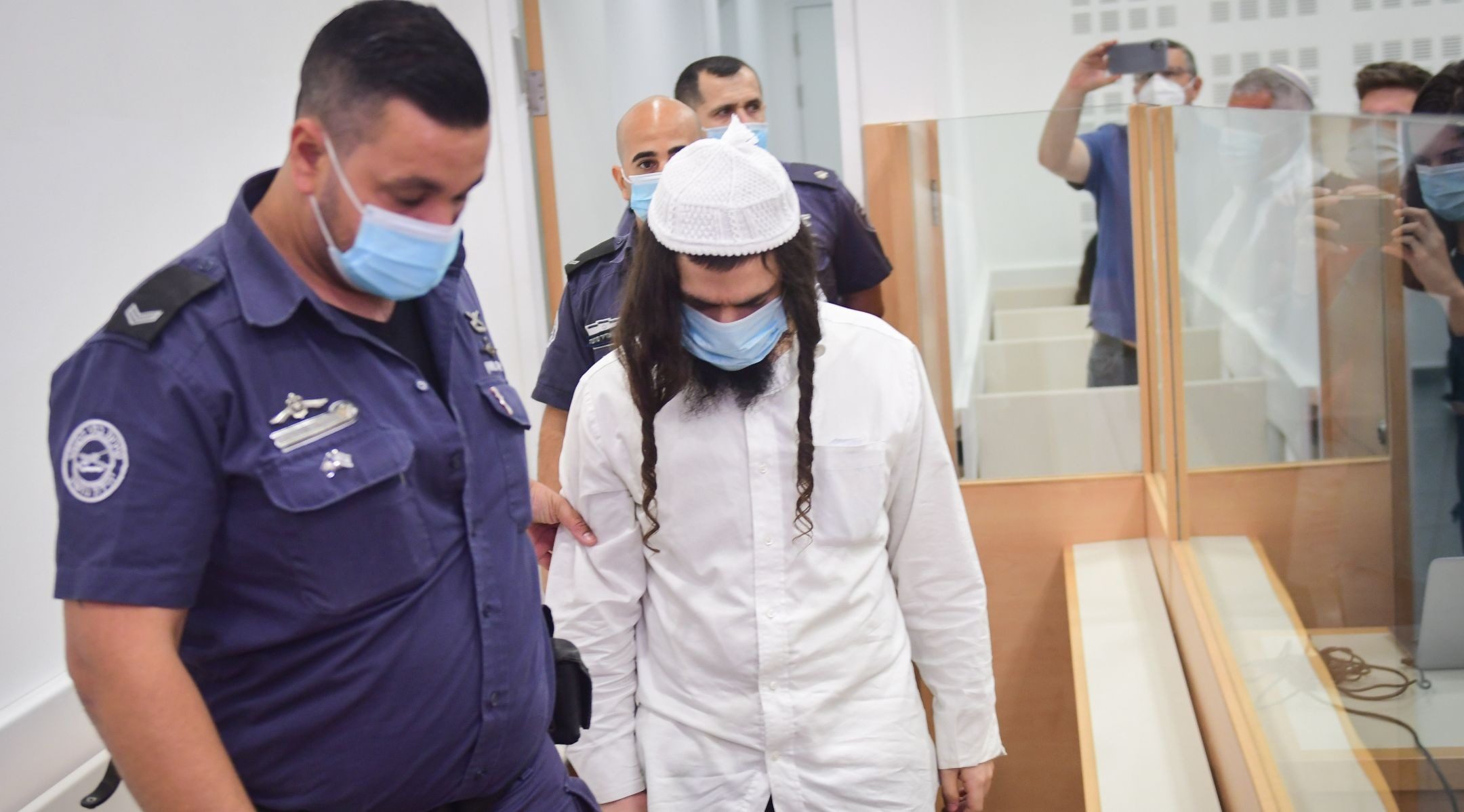 Amiram Ben Uliel, the suspect in the Duma arson murder in July 2015 where three members of the Dawabshe family were killed, arrives to hear his verdict in Lod District Court, May 18, 2020. (Avshalom Sassoni/POOL)
Advertisement

(JTA) — An Israeli man was given three life sentences for the murder of three members of a Palestinian family in a firebombing in the West Bank village of Duma.

Amiram Ben Uliel, 26, was sentenced on Monday in the central Israel city of Lod. His wife told reporters after the verdict that the family will appeal the sentence to Israel’s Supreme Court, the Associated Press reported.

The sentence is “close to the maximum penalty prescribed by the law,” the court’s decision said.

The firebombing on July 31, 2015, killed Riham and Saad Dawabsha and their toddler son, Ali Saad Dawabsha. Ahmed Dawabsha, then 5, survived the attack but required months of treatment for his burns. He now lives in Duma with his extended family.

A member of the so-called Hilltop Youth, a group of young Jewish militants who live in settlement outposts across the West Bank, Ben Uliel had refused to testify on his own behalf, though he confessed three times during interrogations by the Israel security agents. Two of the confessions were thrown out by the court in 2018 for being coerced.

Ben Uliel had re-created the crime in great detail, and also had a knowledge of the attack that investigators were not aware of at the time of his confession.

The indictment said that Ben-Uliel was motivated to carry out the attack as revenge for the murder of an Israeli by a Palestinian in a drive-by shooting a month before the Duma attack.