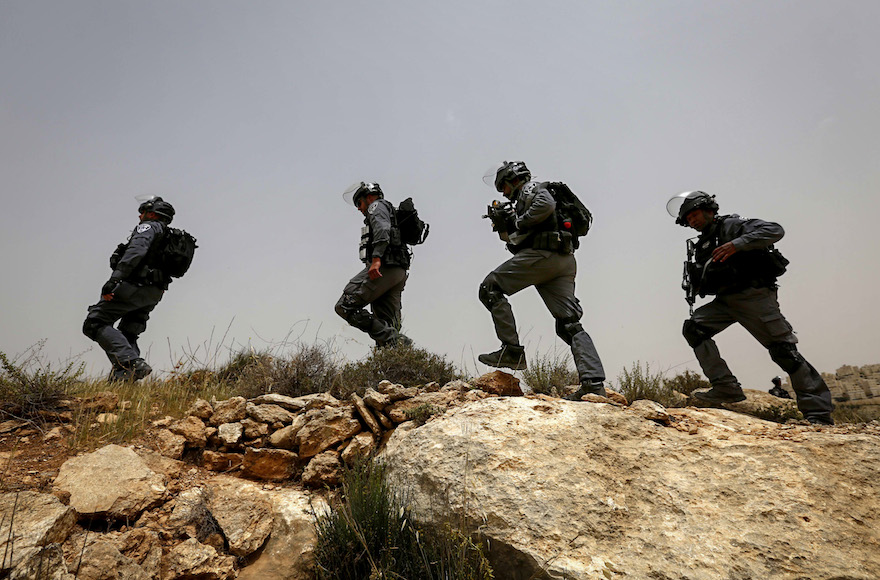 (JTA) — An Israeli mother of six was found dead in a woods near her West Bank home in what police believe may have been a terrorist attack.

Many of the details about the death of 52-year-old Esther Horgen near Tal Menashe, a small town in the northern tip of the West Bank, are subject to a gag order imposed by a court shortly after her body was discovered Monday morning, the Kan national broadcaster reported. Police and the Israel General Security Service are searching for the perpetrators.

Tal Menashe residents began looking for Horgen in the Reichan Forest, a popular nature reserve situated near the settlement, because she did not return for several hours from a walk she took in the area. She lived near Jenin, a major Palestinian city.

Her body displayed signs of severe violence. Police believe a rock was used to crush her skull, Ynet reported.

Horgen and her husband had two girls and four boys. The youngest is 13.