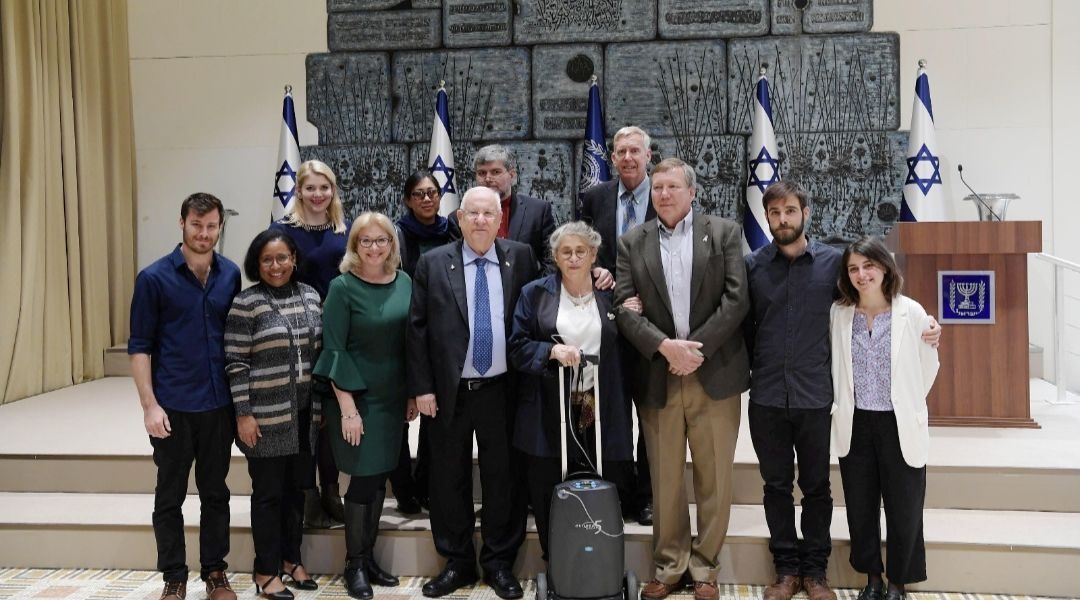 JERUSALEM (JTA) — Israeli President Reuven Rivlin cut short his state visit to Canada after a deterioration in the health of his wife, Nechama, less than three weeks after she received a lung transplant.

Rivlin arrived in Israel on a commercial flight Wednesday morning and rushed to the hospital to be with his wife, who is in an induced coma and on a respirator.

Nechama Rivlin, 73, was rushed to the hospital on Tuesday night because of severe shortness of breath due to cardiac complications of the transplant.

The president’s wife, who had in recent years rarely been seen in public without being attached to a portable oxygen tank, received the lung transplant last month after being on the transplant list for more than a year. She suffered from pulmonary fibrosis, which causes scar tissue to fill the lungs and makes it difficult to breathe, and her situation was getting more critical necessitating the transplant.

The surgery for the transplant was described as “complicated” by doctors and she required a second surgery several days later.

Rivlin said following the visit that “The long hours of the flight back from my visit Canada to Israel were deeply worrying, but I know that my Nechama, our Nechama, is a very strong woman. She is the world’s best mother and grandmother and has also been a public servant over the past five years in many fields of Israeli society. She has received the most wonderful appreciation and support possible for that work.”