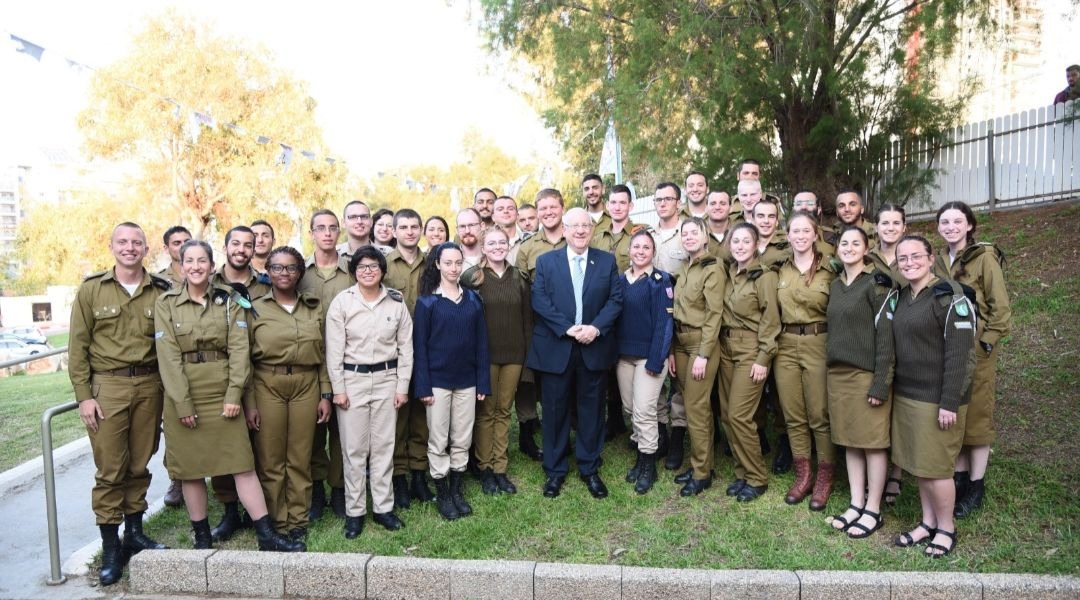 The soldiers also were joined on Friday by Israel Defense Forces Chief of Staff Aviv Kochavi at the Yahad-United for Israel’s Soldiers nonprofit facility in the Givat Olga neighborhood of Hadera in northern Israel.

“Our ancestors celebrated the first Passover as they were leaving Egypt for Israel, and it marked their move from slavery to freedom. Today, Passover is a holiday where families gather for the Seder meal. We are your family and you are our family. You are part of us, and we are part of you,” Rivlin told the soldiers, who come from 35 different countries.

A lone soldier is someone who immigrates to Israel without his or her family, an orphaned soldier or a soldier who does not have contact with his or her parents.

“One does not attain freedom overnight. Freedom is a sustained effort – spiritual and physical,” Rivlin also said. “Today, too, we must protect our freedom and our right to live in the State of Israel. Because of that, we still need a strong army. Each one of you comes from a different background. But you all have in common the fact that you chose to give of yourselves for the benefit of the Jewish people and the State of Israel.”