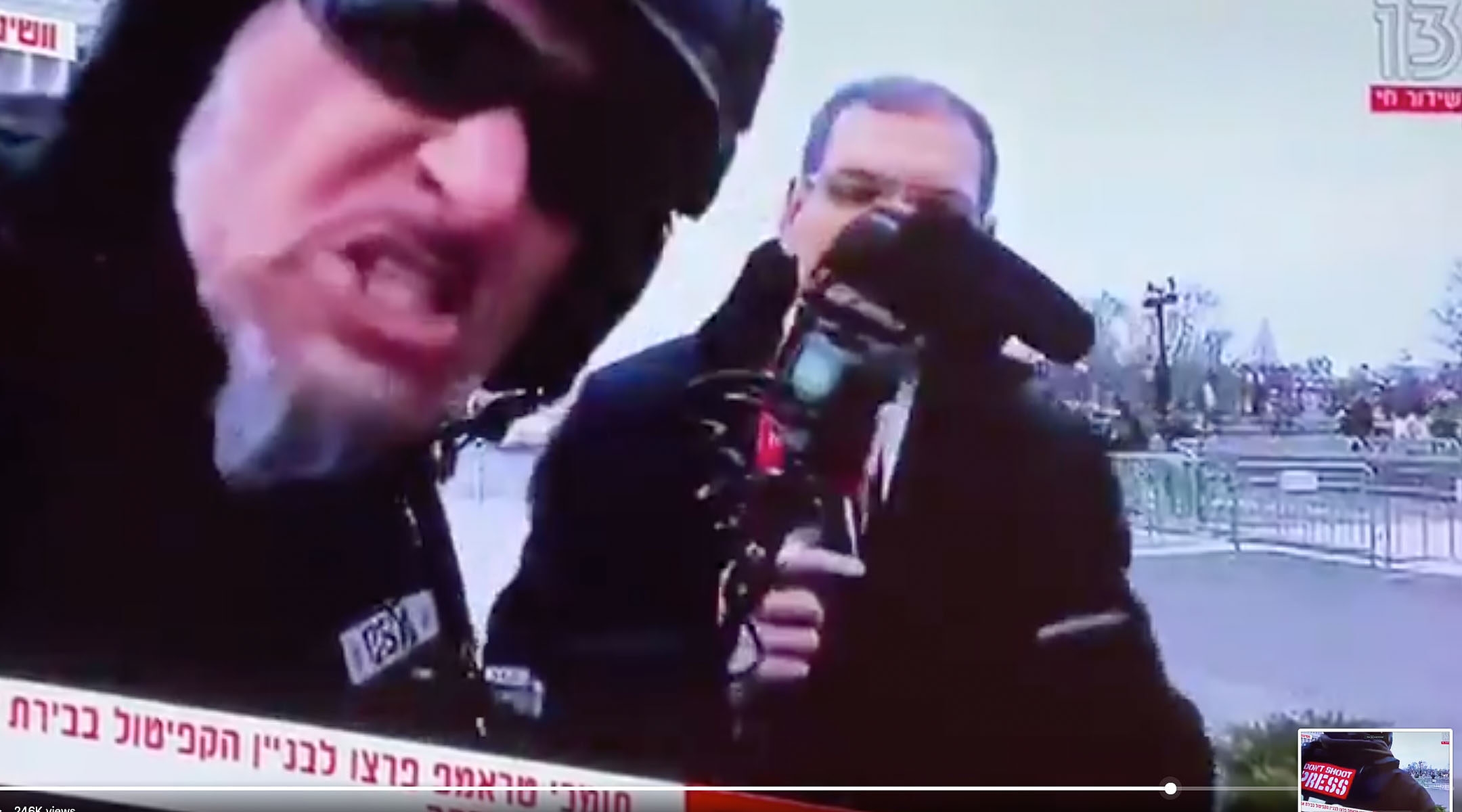 (JTA) — A live broadcast from the U.S. Capitol chaos on Wednesday by Israel’s Channel 13 chief Washington correspondent, Gil Tamary, was interrupted by an agitator who used anti-Semitic slurs.

The protestor, dressed in all black and holding a GoPro, stepped in front of Tamary’s camera mid-broadcast.

“I occupy this space, ok?” the protestor says after Tamary asks him to move away, a possible allusion to Israel’s occupation of the West Bank.

“Yes you do, you lying Israeli. They play the pilpul game.”

Pilpul, a method of Talmudic analysis, has been appropriated by anti-Semites in recent years, including neo-Nazi Andrew Anglin, who uses it in his publication The Daily Stormer to suggest that Jews are nefarious liars.

“You are all goy. Goy are cattle. You are cattle today,” the agitator continued, a possible reference to the cattle cars used to transport Jews to Nazi death camps during the Holocaust.

As Tamary and his co-anchor speak in Hebrew and try to regain control of the broadcast, the agitator steps fully into frame, seen wearing sunglasses and a helmet.

“Thank you Mark. Thank you very much for being with us,” Tamary says as the agitator walks away.

Ran Boker, a journalist for Yedioth Ahronot, tweeted the video on Wednesday with the caption, “the troll that interrupted Gil Tamary’s live broadcast from Washington, and his dignified response.”

The back of the agitator’s jacket displayed a red banner with the words, “DON’T SHOOT. PRESS.”