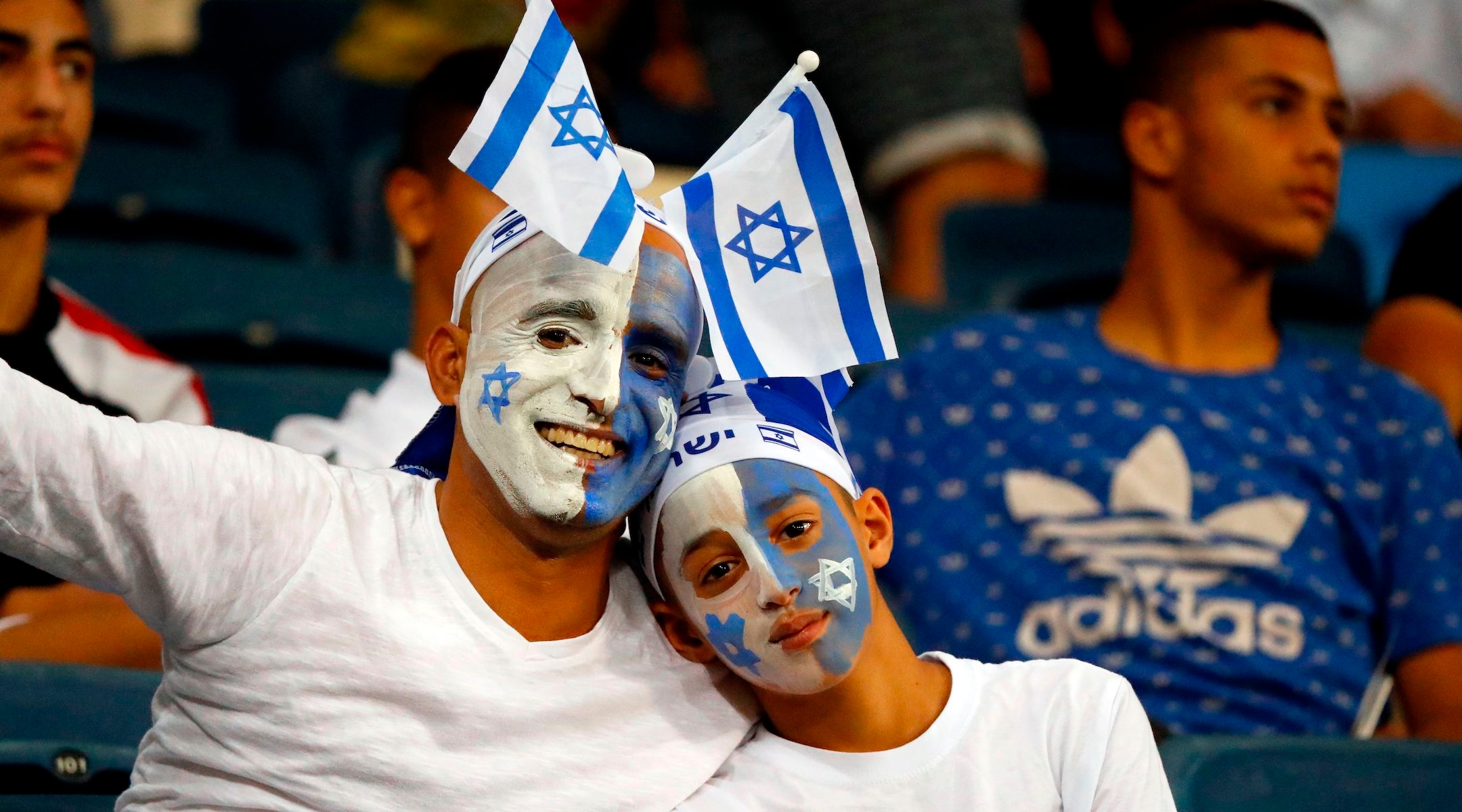 Israel fans gather at the stadium ahead of the UEFA Nations League football match between Israel and Scotland at Sammy Ofer Stadium in Haifa, October 11, 2018. (Jack Guez/AFP/Getty Images)
Advertisement

(JTA) — Citing the risk of anti-Semitic incidents, authorities in eastern France are forbidding soccer fans from Israel to come to the center of Strasbourg and fly their country’s flag.

The prohibitions, which are unusual and provoked vociferous criticism, came in a four-page order Thursday from the head of the Bas-Rhin district office prior to Thursday’s match in a Strasbourg stadium between Maccabi Haifa and the Strasbourg Racing Club.

The decree followed an incident on Wednesday night in which three Israeli soccer fans in town for the match got into an altercation with locals that turned violent. The Israelis escaped without serious injury.

Following an outcry over the ban on “national flags,” the office said it only applies to the stadium. The decree cited the probability of “acts of anti-Semitic origin.” It does not mention any punishments for failing to abide by the prohibitions.

Aliza Binoun, Israel’s ambassador to France, complained to the French government over the ban, she said on Twitter. Israeli Culture and Sports Minister Miri Regev called it “unbelievable.”

The ban on fans entering the center of the city stands.

On Twitter, Jewish community activists, including Bernard Musicant of Paris, noted that bans on national flags are rarely issued for matches between Arab countries and French teams, most notably Algeria.

On July 11, an Algerian team’s victory in a major match in France resulted in riots across French cities that ended with hundreds of arrests on violent offenses, including injuries to several police officers. Algerian flags were not banned during that match.