Palestinian killed during clashes with Israeli troops in Hebron 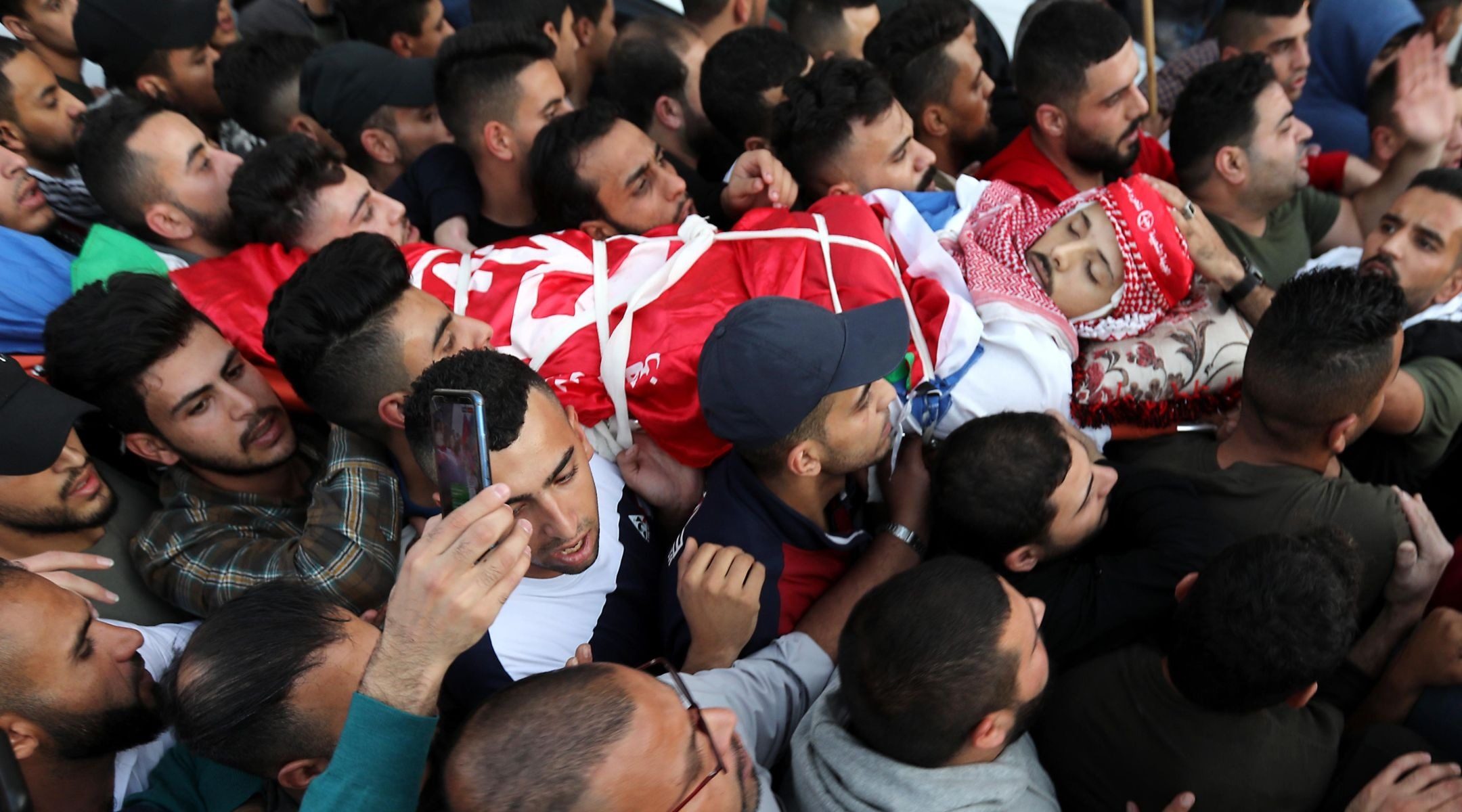 Mourners carry the body of a Palestinian man who was shot dead by Israeli forces during clashes in Hebron, Nov. 11, 2019. (Wisam Hashlamoun/Flash90)
Advertisement

JERUSALEM (JTA) — A 22-year-old Palestinian man was killed during clashes with Israeli troops at a refugee camp in the West Bank.

The Palestinian Health Ministry identified the man shot on Monday in the Al-Aroub camp in Hebron as Omar Haitham al-Badawi, according to Haaretz.

On Monday, Palestinians in the camp clashed with Israeli soldiers as they marched to commemorate the 15th anniversary of the death of Palestinian Authority President Yasser Arafat. The Israeli army found in an initial probe that al-Badawi had not posed a threat, Haaretz reported.

Al-Badawi suffered a gunshot wound to the chest and died at a hospital in Hebron, the Palestinian Health Ministry said.

A video circulating online and in the media allegedly shows him being shot.

Nickolay Mladenov, the United Nations special coordinator for the Middle East peace process, in a tweet called the incident “shocking” and said that “Such acts must be thoroughly investigated.”

Shocking to see the video today’s killing of Omar Badawi by #Israeli security forces in #Hebron in circumstances that would seem to indicate that he posed no threat to anyone. My deepest condolences to his family. Such acts must be thoroughly investigated.