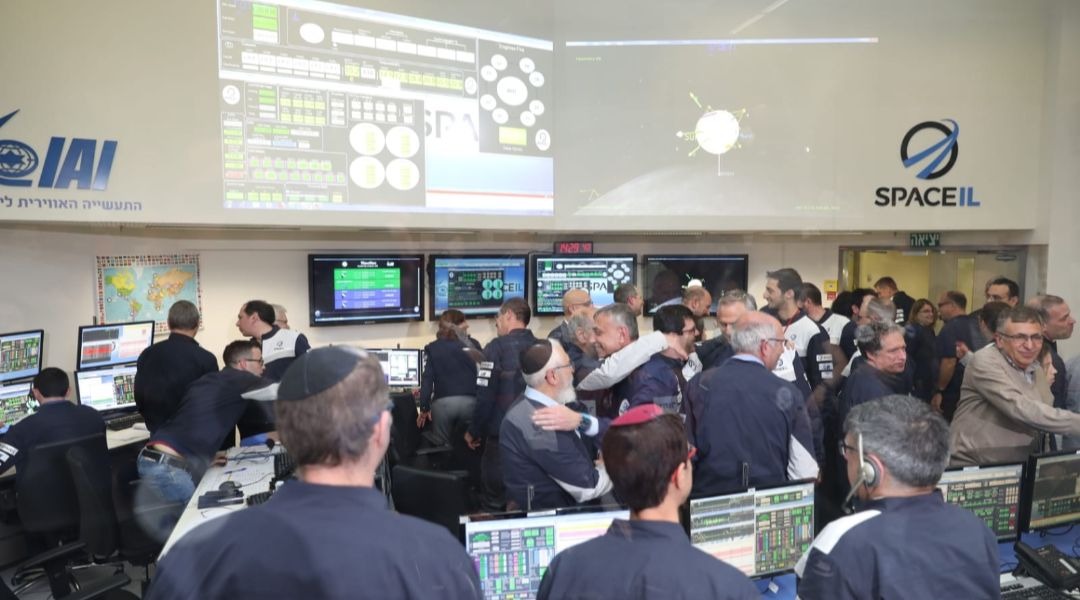 JERUSALEM (JTA) — The Israeli spacecraft Beresheet successfully entered the moon’s orbit in its last major step before landing on the moon.

With this latest development, Israel became the seventh country ever to enter the moon’s orbit.

Cheers and applause greeted the news at the Beresheet control room in Yehud, Israel on Thursday after the spacecraft swung free of the earth’s gravitational pull and entered the moon’s. The unmanned craft’s engine was burned for six minutes, and the spacecraft reduced its speed from 8,500 km/hour to 7,500 km/hour to match the lunar velocity.

The maneuver, the spacecraft’s seventh, was conducted with full communication between the control room and Beresheet, and broadcast live on social media.

Beresheet was launched on Feb. 22 from Cape Canaveral, Florida, on a SpaceX Launchpad by a Falcon 9 rocket as secondary payload alongside two satellites. It has so far traveled over 3.4 million miles in its orbits around the earth and will travel 1 million more around the moon.

After it lands on the moon it will take photographs of the landing site and a selfie to prove Israel landed on the moon. It also will measure the moon’s magnetic field as part of an experiment carried out in collaboration with the Weizmann Institute of Science in Israel.

It will leave on the surface of the moon a time capsule containing a database of hundreds of digital files ranging from details about the SpaceIL, the spacecraft and the crew of the project, to national symbols, cultural items and materials collected from the general public over the years. The spacecraft is not expected to return to earth.