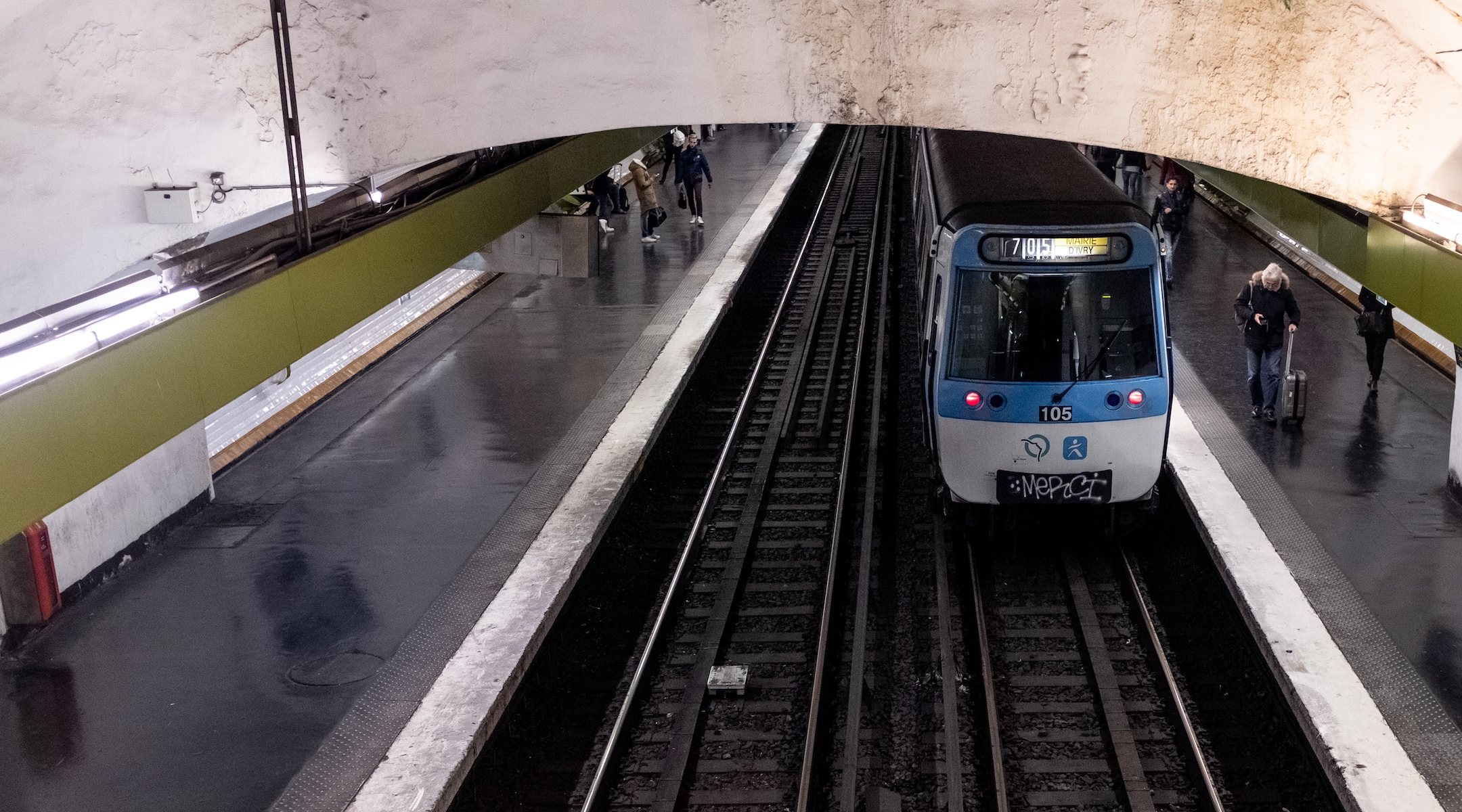 (JTA) — An Israeli student in Paris was beaten on a subway after he spoke on the phone in Hebrew, according to France’s National Bureau of Vigilance Against anti-Semitism, or BNVCA.

The student, identified as B. Yogev, 30, entered the metro train at the Château d’Eau station in Paris on Monday morning and answered a phone call from his father. Two men, described as tall and of African origin, then “began to shout at him, helped by passengers who threatened him and pointed at him,” the BNVCA statement claims.

One of the men attacked the student, striking him on the head, body and face. The student fainted on the floor of the train car, according to the report. He was taken to Lariboisière Hospital in Paris after a fellow passenger called for assistance. The attacker escaped.

The BNVCA recommended that the student file a police complaint.

“This new attack tends to confirm that anti-Zionism is anti-Semitic in nature,” the group said in its statement.

Last week, the lower house of France’s parliament passed a nonbinding resolution that calls some forms of hatred of Israel expressions of anti-Semitism. Also last week, the French government announced that it would establish a hate crimes office in the wake of the vandalization of more than 100 gravestones at a Jewish cemetery.