French parliament calls some forms of hate against Israel anti-Semitism 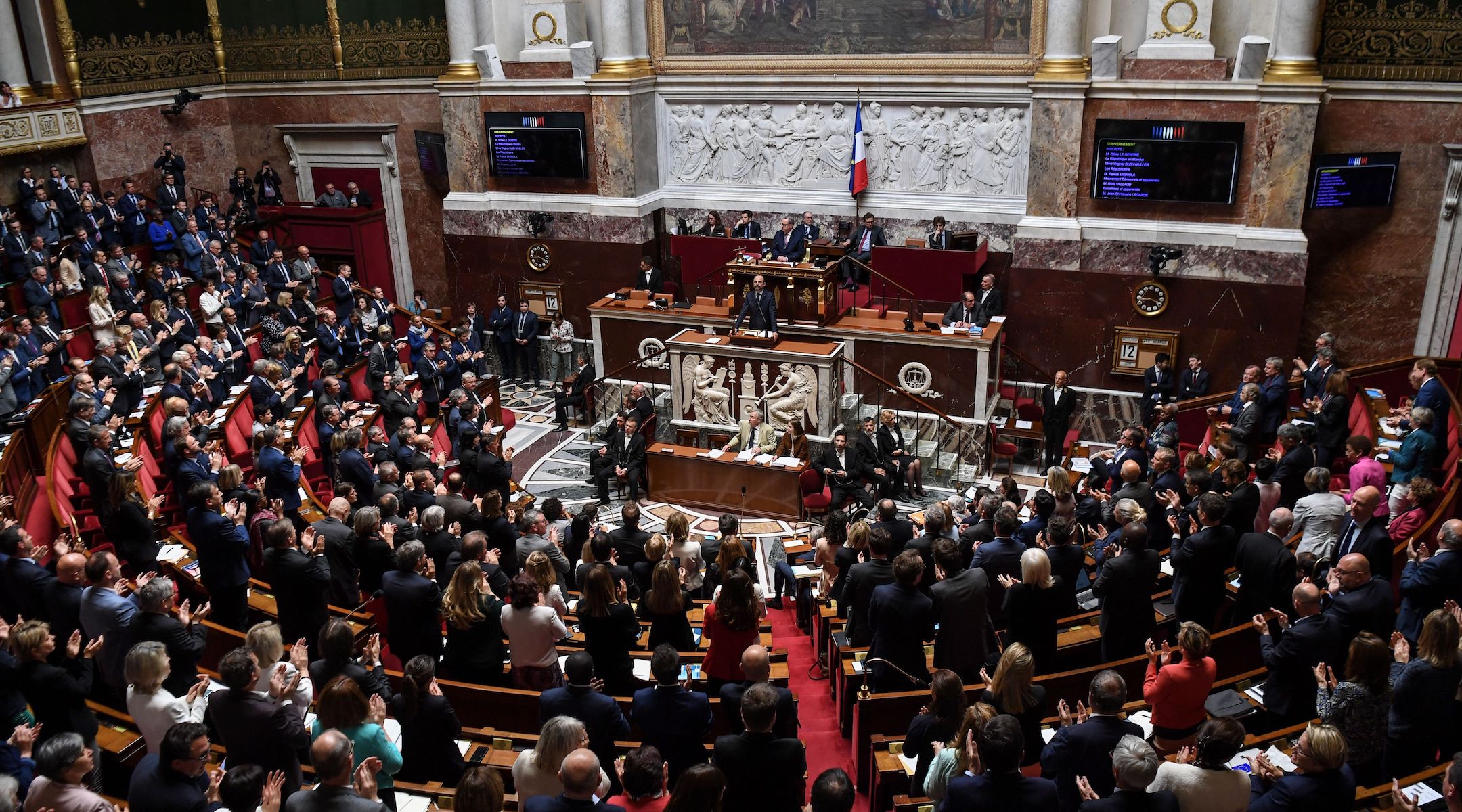 (JTA) — The lower house of France’s parliament passed a nonbinding resolution on Tuesday that calls some forms of hatred of Israel expressions of anti-Semitism.

The resolution, which passed in a 276-154 vote, also calls on the government to join other European nations in adopting the definition of anti-Semitism of the International Holocaust Remembrance Alliance. The definition states that some forms of vitriol against Israel, including comparing it to Nazi Germany, are examples of anti-Semitism, though criticizing Israel’s policies is not.

Reuters reported that fewer than half of the 577 members were present for the vote.

The resolution says the IHRA definition can be effective in fighting “anti-Semitism in its modern and renewed form, which incorporates manifestations of hate toward Israel, which are justified only by its perception of a Jewish collective.”

Weeks of debates in the French media preceded the vote on the resolution introduced by Sylvain Maillard of President Emmanuel Macron’s ruling LREM centrist party.

In October, 39 organizations wrote an open letter to National Assembly President Richard Ferrand warning against passing the resolution. The letter argued against a separate definition of anti-Semitism, as it would “weaken the universalist approach” to combating all forms of racism” and compromise “defense of freedom of expression and assembly for groups and activists that must be allowed to defend the rights of Palestinians and criticize Israel’s policy without being falsely accused of anti-Semitism.”