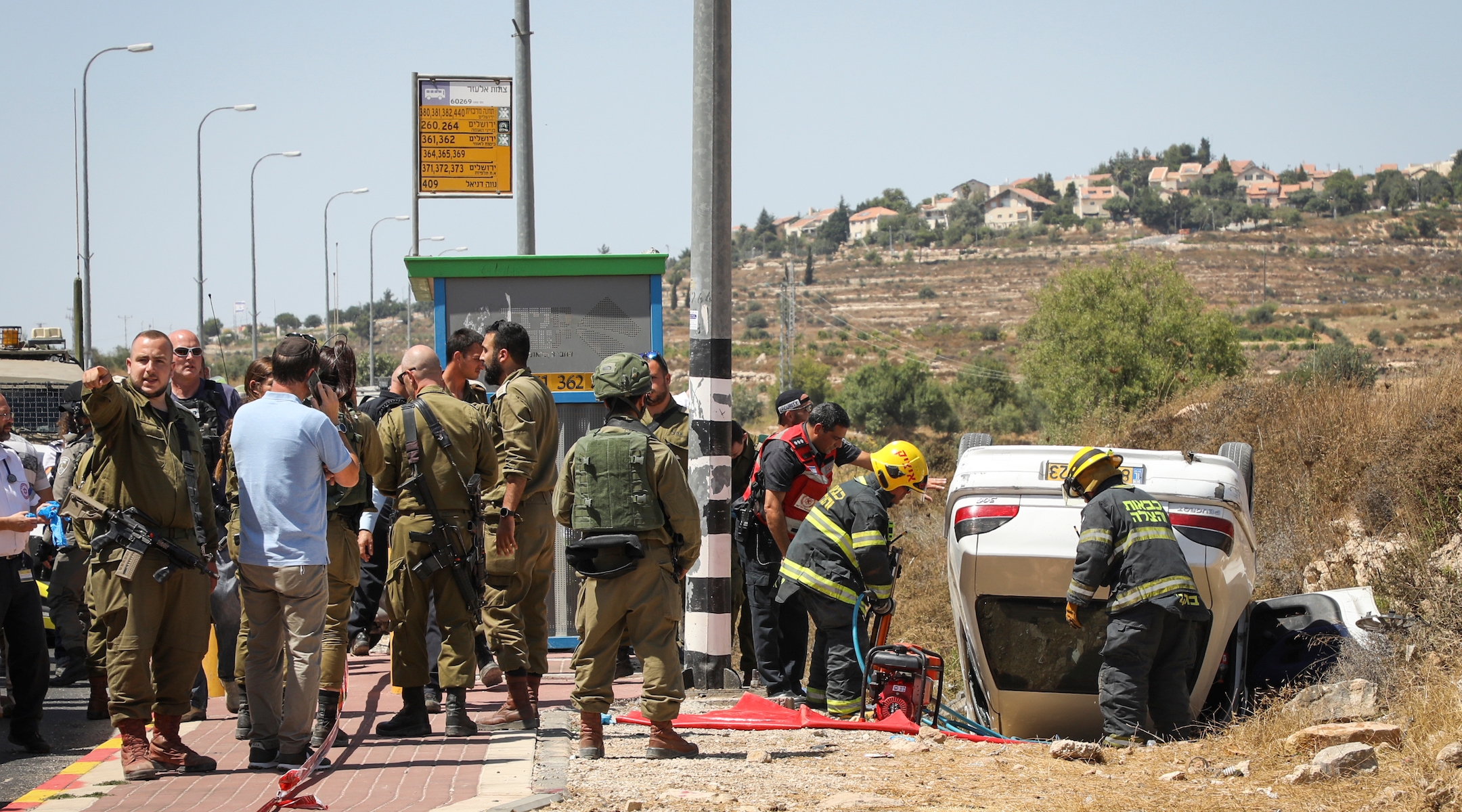 The scene of a car-ramming attack in the West Bank settlement of Elazar, Aug. 16, 2019. (Gershon Elinson/Flash90)
Advertisement

JERUSALEM (JTA) — An Israeli teen who was injured in a car ramming attack in the West Bank remains in serious condition after undergoing neurosurgery.

Nahum Nevies, 17, remains under sedation and on a respirator at Hadassah Ein Kerem hospital. His sister, Noam, 19, is in moderate condition and was moved from another Jerusalem hospital so that they could be together.

The siblings are from the Elazar settlement in the Etzion bloc. They were hit on Friday by a car driven by Alaa Harimi, 26, of Bethlehem, who was shot and killed by a policeman. The car was stolen. Harimi reportedly had previously been jailed for what Israel’s Channel 12 called “terror offenses.” The Israeli military called the car ramming a terror attack.

Nahum, who is a rising senior in high school, suffered a skull fracture and a brain injury. Noam Nevies is performing national service working with school-age children from families facing difficulties.

The terror organization Hamas praised the attack on Friday, saying in a statement: “Our nation’s rising rage and the ramming and stabbing incidents are a response to the repeated stormings of the Al-Aqsa Mosque and the occupation’s ongoing crimes.”