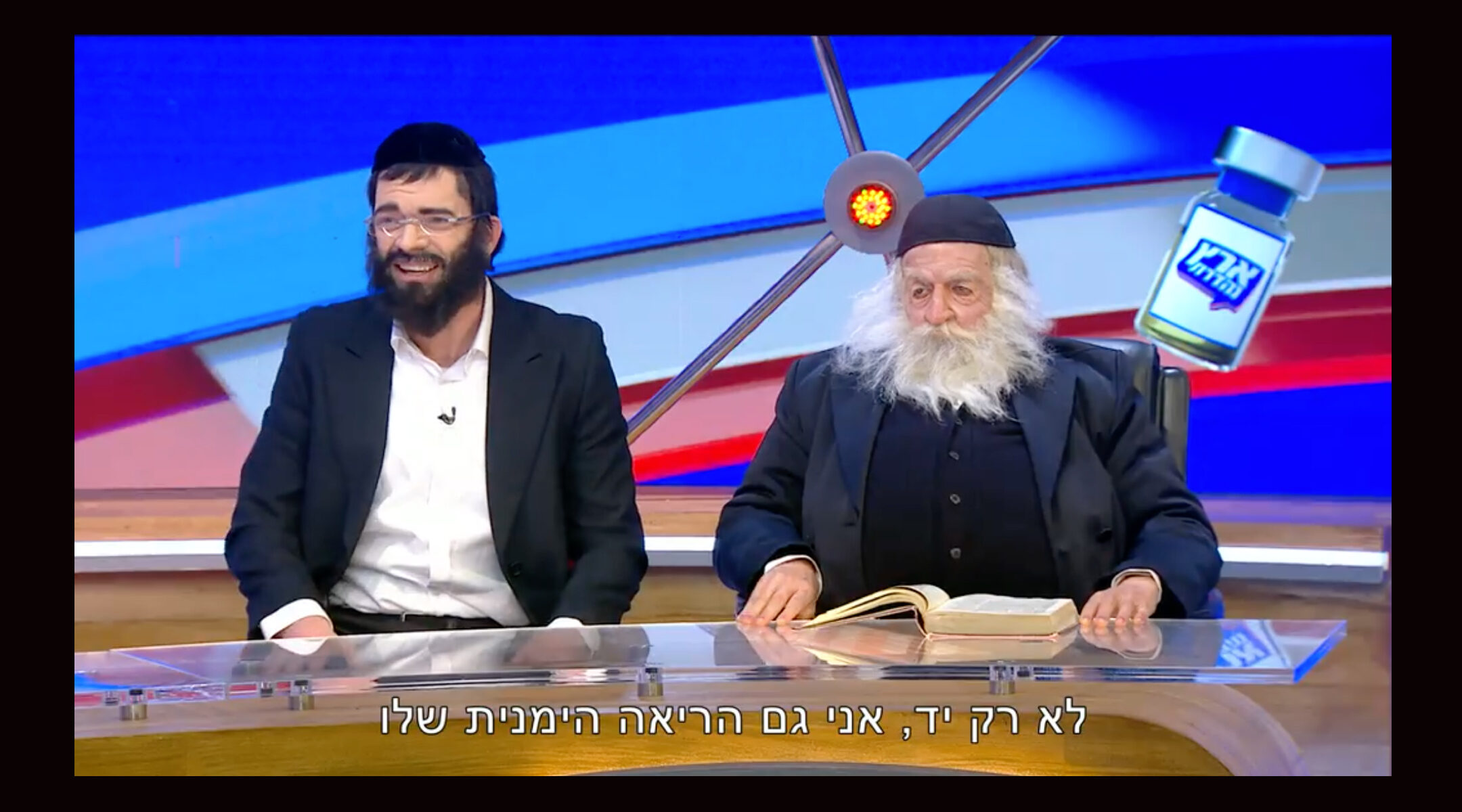 (JTA) — When the host of the Israeli satire show “Eretz Nehederet” introduced the prime minister of Israel on a recent episode, it wasn’t Benjamin Netanyahu who appeared.

The sketch, which portrayed Kanievsky and his grandson as the ones calling the shots on the enforcement of Israel’s lockdown, has angered some haredi Jews in Israel for its irreverent portrayal of the elderly rabbi.

But it also reflected the way many Israelis see the situation in Israel at the moment, where segments of the haredi population are waging sustained and sometimes violent protests against the lockdown meant to bring the country’s COVID-19 outbreak under control.

To many, the lack of a crackdown on the haredi community stems from Netanyahu’s dependence on Kanievsky and other haredi leaders for political support. Kanievsky has even approved the opening of yeshivas, even as the government lockdown forbids schools from opening, and has frequently called for more Torah learning as a defense against the coronavirus.

Kanievsky became the preeminent leader of Israel’s non-Hasidic haredi Orthodox community in 2017 after the death of Rabbi Aharon Leib Shteinman. Since then, Kanievsky has held court in his home in Bnei Brak, a majority haredi city, where he studies Torah and answers questions from followers with his grandsons acting as intermediaries for their grandfather, who is hard of hearing. A profile in the New York Times cited Kanievsky as the “prince of Torah” and depicted a man aloof from the material world who spends nearly all of his waking hours absorbed in Torah texts.

“He believes the Torah sustains the world,” Kanievsky’s most influential grandson, Yanky, told the New York Times. “Without Torah learning, we don’t have any reason to live. It’s written in the Bible — if you stop learning, the world will collapse.”

Many Israelis, including the creators of the satire show, see this approach as ill-advised for a moment when following rules designed to stop the spread of disease is paramount. But even some who have condemned the protests say the “Eretz Nehederet” sketch was disrespectful of the 93-year-old rabbi.

Omer Yankelevitch, Israel’s diaspora affairs minister, called on the channel that broadcasts the show not to show the clip.

“The making of a harmful and mocking imitation of him is a profound injury to the feelings of the Orthodox,” Yankelevitch, who is Orthodox herself, said in a tweet. “I call on the creators of the program and Channel 12 not to broadcast the segment and to preserve the dignity of the rabbi and of the large community that will be harmed by it.”

“If a satire program needs to think twice before it makes an imitation of a rabbi, great and respectable as it may be, we need to re-examine the level of freedom of expression in our country,” said Yoel Razvozov, a member of Knesset.