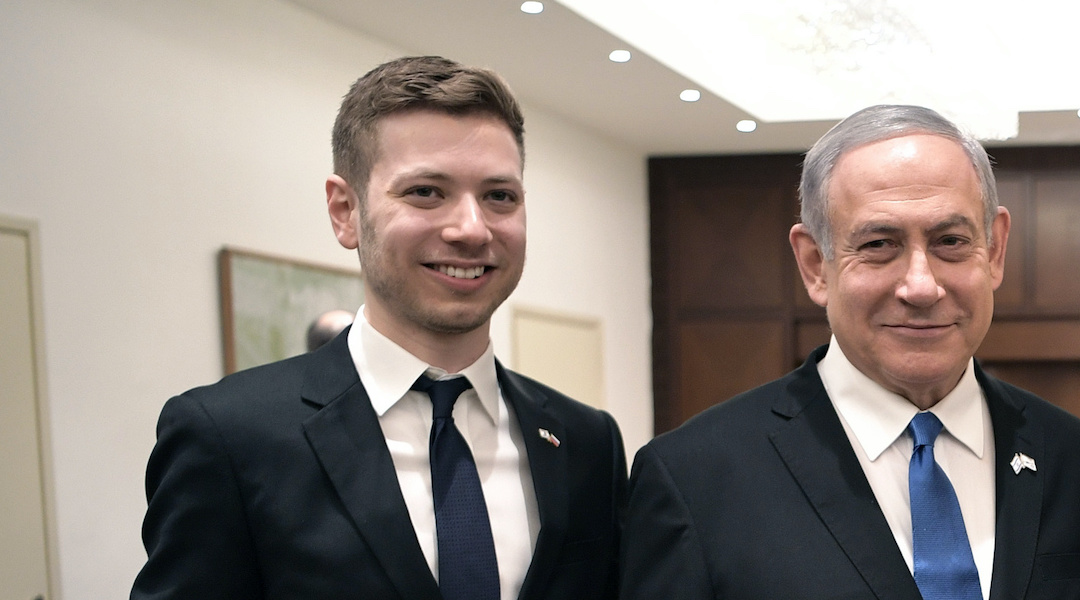 (JTA) — Graduates of a fellowship for Israelis funded by the Wexner Foundation have filed a defamation lawsuit against Yair Netanyahu for a June tweet in which the prime minister’s son called graduates of the program a “cult of pedophiles.”

The tweet also called for the passage of legislation that would prevent the nearly 500 graduates of the program from working in any Israeli civil service position.

Wexner Foundation founder Leslie Wexner had a business association with the late financier Jeffrey Epstein, a convicted sex offender accused of sex-trafficking minor girls, and Epstein served on the foundation’s board.

The nearly $300,000 lawsuit was filed Tuesday in Herzliya Magistrate’s Court by 75 graduates of the Wexner Israel Fellowship at Harvard University’s Kennedy School of Government.

Yair Netanyahu is known for tweets seen as outrageous and insulting.

“In repeated, false, venomous and baseless publications, the defendant violated their good name, all with the aim of furthering his goals, humiliating them in public, humiliating them due to their studies and education, and thereby harming their existing and future job prospects, businesses and professional status,” the lawsuit said, according to Israel’s Channel 12 News.

Among the plaintiffs are the directors of two children’s hospitals, prominent leaders of the military and security services, and leaders in Israel’s health care system.

Prior to filing the lawsuit, the Wexner fellows asked Netanyahu to apologize publicly on social media, which he refused. The demand was added to the suit.