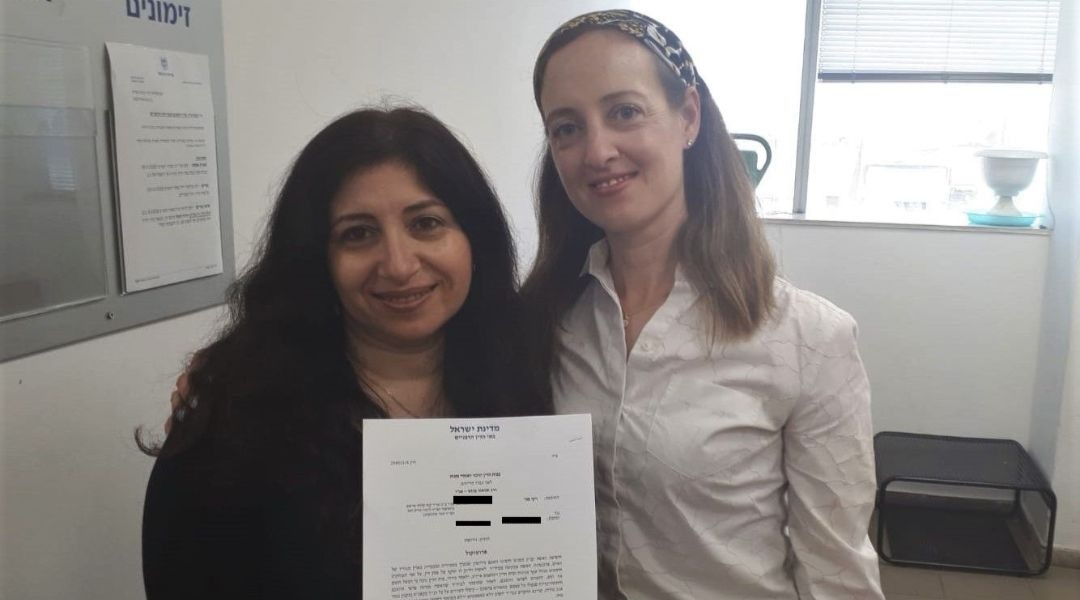 Vicky Tzur, lwft holds her writ of divorce with Advocate Tamar Oderberg of Yad La’isha, after a 14-year battle to obtain a get, or religious divorce, from her husband. (Courtesy of Ohr Torah Stone)
Advertisement

JERUSALEM (JTA) — An Israeli rabbinical court granted a religious divorce to a woman who was prevented from marrying for 14 years after her husband moved abroad.

Vicky Tzur was granted a Jewish writ of divorce, known as a get, in Netanya on Sunday. Tzur’s husband signed a divorce agreement last week after receiving special permission to leave his house during the coronavirus pandemic in order to do so.

In 2006, Tzur’s husband filed for divorce and left the country but refused to grant her a get. Under Orthodox Jewish law, that rendered Tzur an agunah, literally a “chained woman” unable to remarry.

In 2019, she filed a civil lawsuit against her husband for damages resulting from his refusal to grant her a divorce and was awarded over $200,000.

Tzur was assisted in securing the get by the Jerusalem-based Yad La’isha organization.