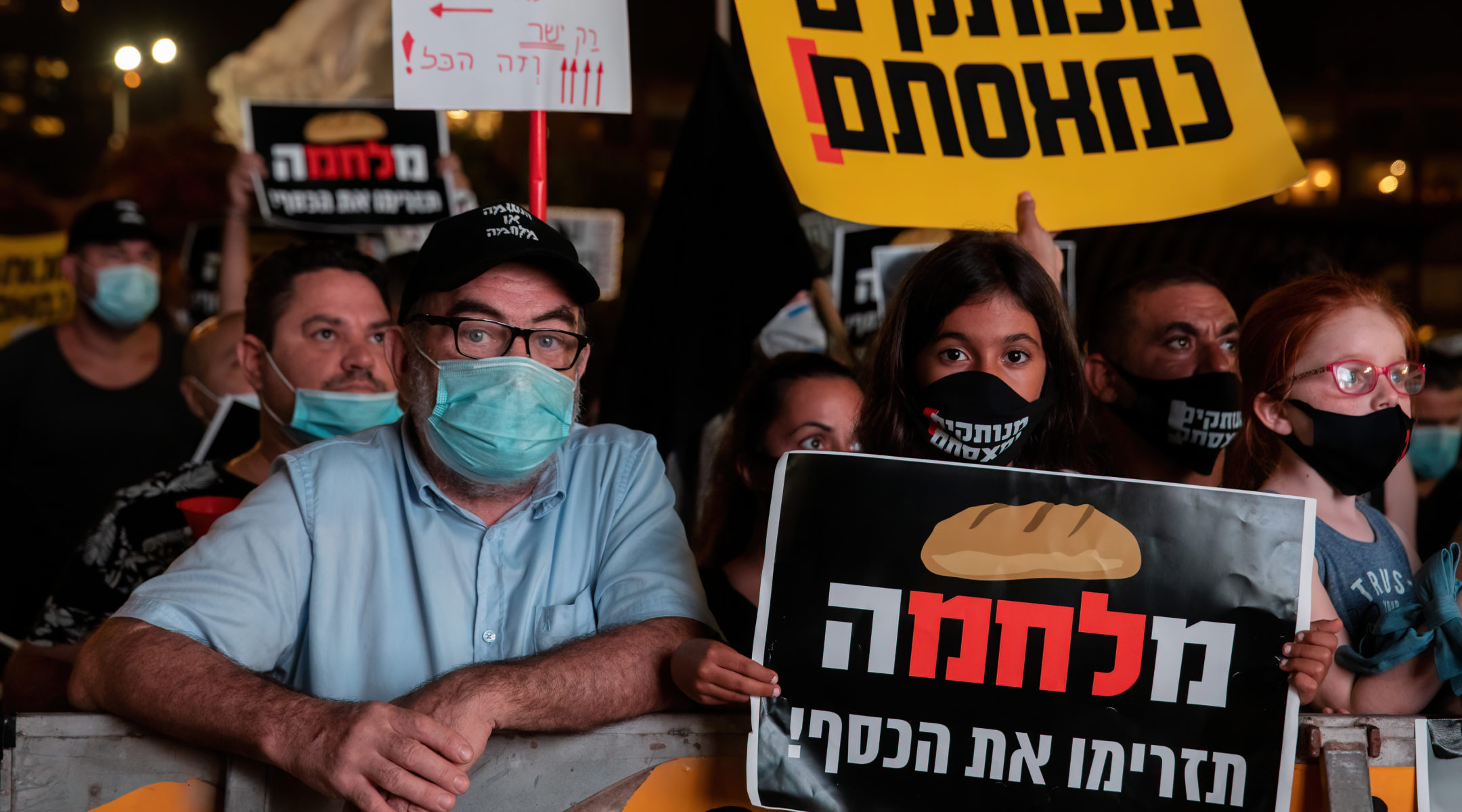 (JTA) — Days after Prime Minister Benjamin Netanyahu conceded that Israel had reopened “too soon,” thousands of Israelis protested the government’s response to the coronavirus pandemic in a dramatic rally in Tel Aviv’s Rabin Square.

Netanyahu announced an aid package for individuals and businesses last week, including a one-time $2,700 payment to self-employed workers who have not previously been eligible for unemployment benefits.

But the protesters said more was needed to get Israelis through the crisis. Many wore shirts or carried signs with pictures of bread to symbolize the basic needs that they said are not being met by the government’s response.

Ten thousand people participated in the rally, and 20 were arrested, Haaretz reported. The rally had been authorized for 1,800 people — the square’s capacity if strict social distancing is observed. Pictures show protesters wearing masks but crammed shoulder to shoulder, days after the country reinstated strict limitations on public gatherings in a bid to head off a rapidly mounting second wave of infections.

The country registered more than 1,300 new cases on Saturday, slightly fewer than Friday’s record high. The total was more than in Germany, Spain and Italy combined, which together have more than 13 times Israel’s population, and four times the total number of Israelis who had been diagnosed with the virus when the country first imposed a stay-at-home order in mid-March.