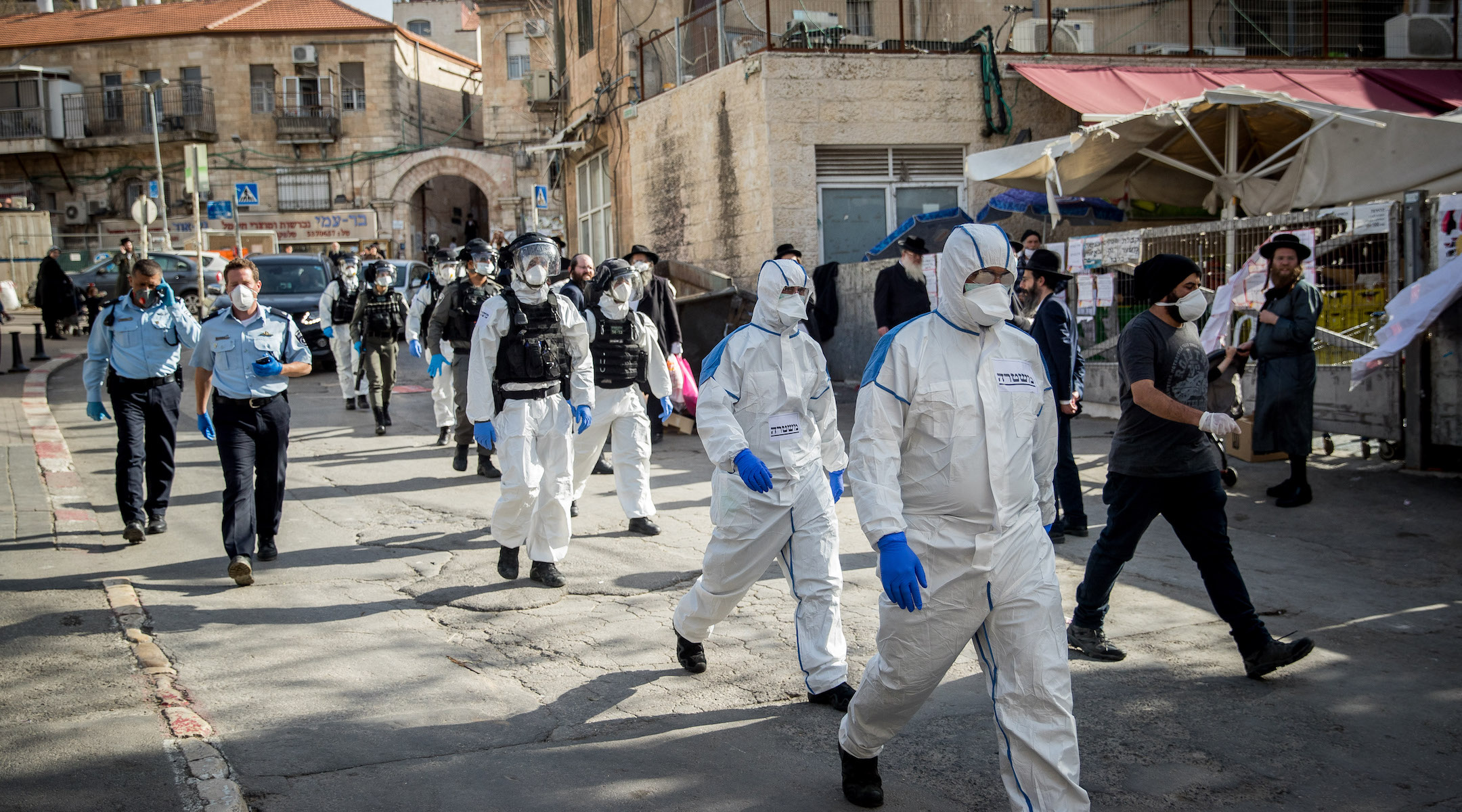 (JTA) — Israelis are preparing for a second nationwide lockdown set to start on Friday even as government officials are suggesting that some of the specifics could change.

The new lockdown represents a full concession that the country’s efforts to bring the coronavirus pandemic under control have fallen short. This spring, Israelis were largely limited to their homes during a monthlong lockdown that sharply reduced cases in the country. But after restrictions were lifted and schools reopened, the virus resumed its spread. Now, the country has the highest per-capita infection rate in the world and the death toll, which was about 250 when the first lockdown ended, stands at 1,136.

Under the terms of the lockdown regulations, which were announced Sunday night to begin Friday at 2 p.m., most businesses will be shut and most Israelis will need to stay within a mile of their homes. Israeli police plan to enforce the rules and issue fines of about $150 to violators.

Schools will also close for the next month, a portion of which is a holiday period even in normal times, and gatherings will be limited to 10 people indoors and 20 outside.

But a complicated formula involving the number of entrances and the square footage of the space will allow many synagogues to admit more people than that, a crucial concession on the eve of the High Holidays. A top haredi Orthodox lawmaker, Yaakov Litzman, resigned as housing minister Sunday, expressing anger that the lockdown would prevent Jews who normally do not attend religious services from going to synagogue for Rosh Hashanah and Yom Kippur.

Other exceptions could limit the impact of the lockdown. For example, Ben Gurion International Airport will remain open for air travel. Some business owners have vowed to ignore the rules. And organizers of the weekly protests outside of the prime minister’s residence in Jerusalem say they will not cancel their Saturday night rallies.

The lockdown will run for at least three weeks, though it could be extended if the numbers of infected do not fall enough. Additionally, the nation’s “coronavirus czar” has signaled that he believes the rules are too draconian, and with days before they are imposed, the details could still change.

Police are working to organize hundreds of checkpoints across the country to prevent people from leaving their homes and their communities.

Some 50 communities and neighborhoods with especially high infection rates have been subject to nighttime curfews for the last two weeks. On Sunday night, residents of the mostly haredi Orthodox city of Bnei Brak rioted as police worked to enforce the curfew there.