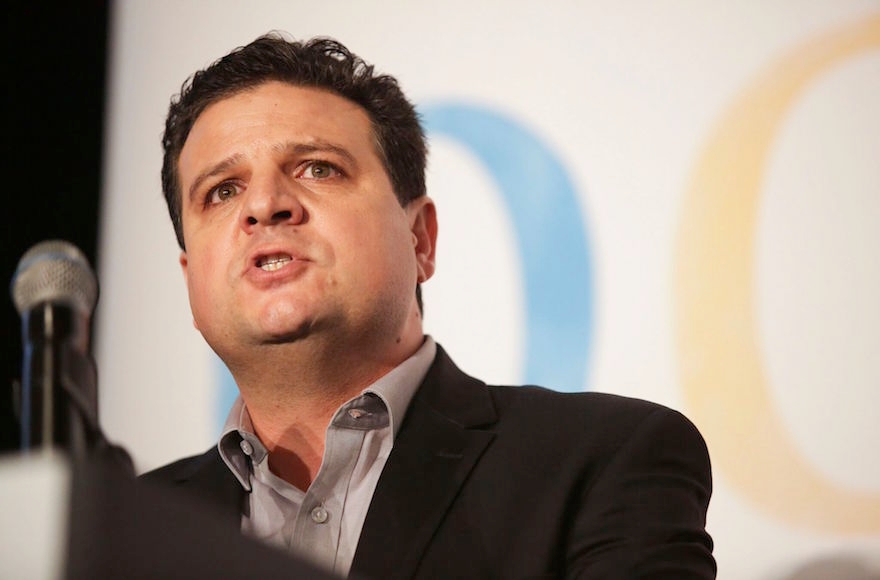 JERUSALEM (JTA) — The leader of the Joint List of Arab parties said he would join a center-left government after Israeli elections in September, under certain conditions — a move that would prove historic. No majority-Arab party has ever joined a governing coalition in Israel, though they have backed left-wing governments from the sidelines in the past.

Ayman Odeh told Yediot Acharonot in an interview that his conditions for joining include repealing the often-debated Nation-State Law, restarting peace negotiations with the Palestinians, improving Israeli Arabs’ access to social services, construction of a new hospital in an Arab city and committing to stop violence and crime in Arab communities.

“We will be partners in the government only if Arab citizens will no longer be second-class citizens,” he said.

A summary of the interview was published on Thursday. The full interview will be published in the weekend Friday edition. Odeh also posted his conditions on his Facebook page and Twitter feed.

In posts on social media he added “Ending the occupation” to his list of demands, apparently meaning ending Israel’s military rule over the West Bank.

Some leaders of the centrist Blue and White Party have already rejected the possibility of a coalition with the Joint List.

Party co-chairman Yair Lapid and lawmaker Gabi Ashkenazi called the idea unacceptable, since the Arab parties do not recognize Israel as a Jewish state. Party head Benny Gantz has not yet commented.

The Arab Joint List won 13 seats in the 2015 election. The parties split for April’s elections, winning a total of 10 seats, but they have since regrouped.