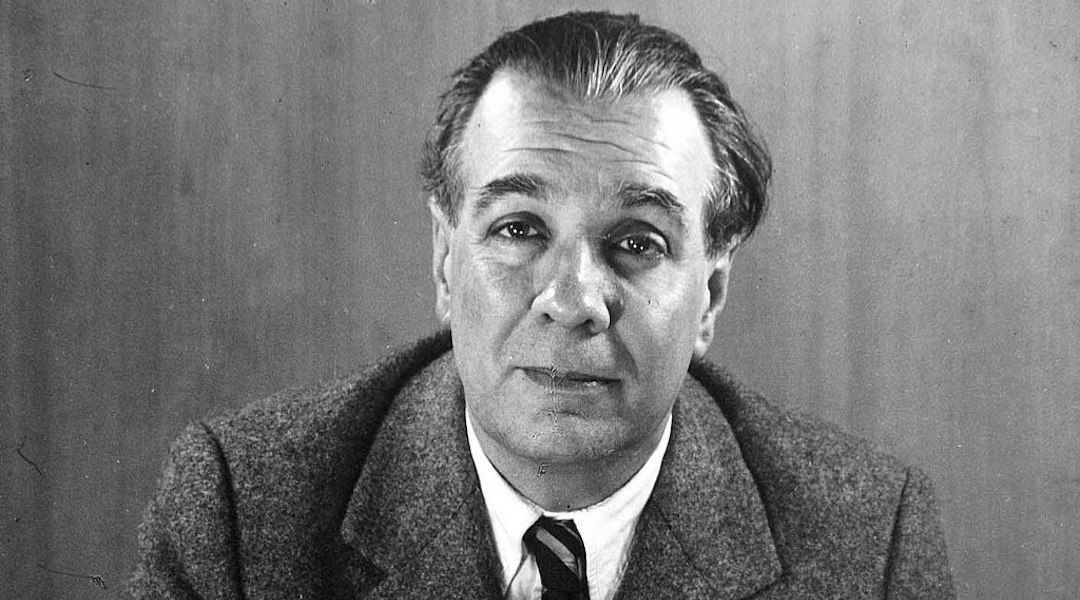 BUENOS AIRES, Argentina (JTA) — Israel’s booth at the Buenos Aires Book Fair was awarded the prize for Best Site in the category “Countries,” which includes all the foreign countries at what is considered the most well-attended book fair in the Spanish-speaking world.

A jury of design, architecture and fairs-management professionals announced the award on Saturday.

The booth, minimalist and almost completely devoid of furniture, features an open space in which the words “Israel” and “Y Borges” for iconic Argentinean writer Jorge Luis Borges are emblazoned. The booth celebrates the friendship between the Argentinean author and Israel, and books written by Borges translated into Hebrew are available to read at the stand.

The illumination artifacts that hang from the ceiling include phrases to commemorate 50 years of Borges’ first trip to Israel, 71 years of Israel’s independence, and the 120th anniversary of the birth of the awarded Argentinean poet. The main book being exhibited is the new edition of a book about the love of the Argentinean writer and Israel titled “Borges, Judaism and Israel.”

Hosted in the La Rural exhibition center in Palermo, the 45nd Annual Buenos Aires Book Fair will present more than 1,500 events during 20 days and feature 2,500 lectures, book presentations and artistic events until its close on Monday.

On April 29,  Argentine Vice President Gabriela Michetti participated in an event at the Israeli booth in which the Israeli company Orcam donated a device that helps blind people read. The device was tested with the book about Borges, who also was visually impaired, and his love for Israel.