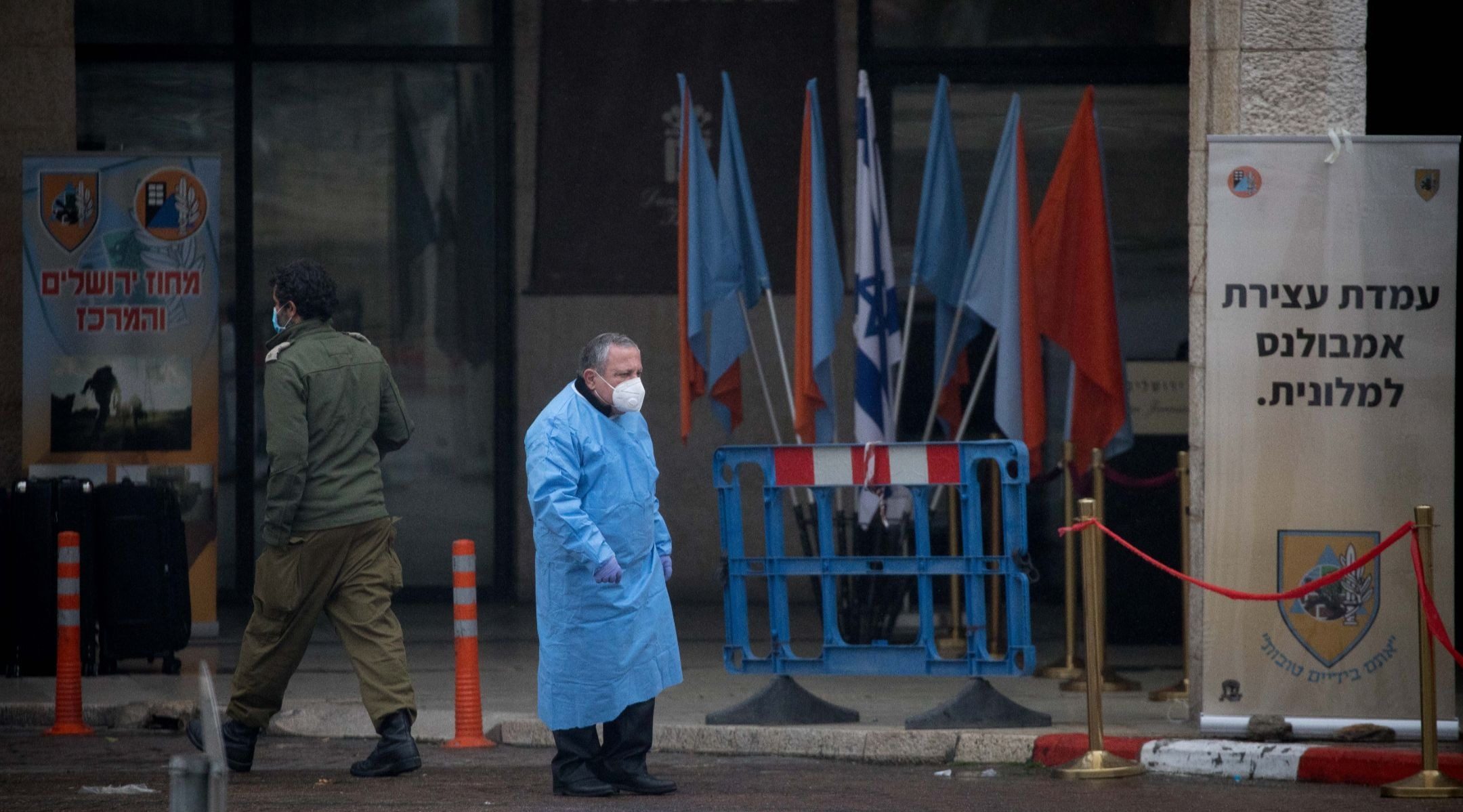 Israeli workers outside the Dan Hotel in Jerusalem that was converted to receive coronavirus patients, on March 20, 2020. (Yonatan Sindel/Flash90)
Advertisement

JERUSALEM (JTA) — Israel’s coronavirus czar criticized what he said was the Arab community’s failure to prevent the spread of the coronavirus, likening the spread there to a “mass terror attack.”

Cases of the coronavirus have risen in the Arab sector in recent days, some two weeks after a holiday that brought families and communities together.

“The Arab sector in the last two weeks, after the Eid al-Adha holiday, almost carried out an attack that would have resulted in hundreds of patients,” Dr. Ronni Gamzu said Sunday in an interview with Ynet. “Gatherings, parties, celebrations, complacency, indifference, the thought that the coronavirus can’t hurt them, and the coronavirus really struck them like a mass terror attack.”

Gamzu’s comments come as Israel continues to reel from a potent second wave of coronavirus infections. The country’s death toll hit 685 on Sunday, and nearly 400 Israelis are currently in what the country considers serious condition.

Several Arab communities and neighborhoods have been hit especially hard, with some being placed on temporary lockdown to contain the spread of the virus. A partial closure was imposed late last week on the Druze village of Yarka in northern Israel. Gamzu rejected charges that the closures were the result of racism, and noted that the person in charge of controlling the village’s outbreak is Arab.

“I received a phone call from Yarka a week ago,” Gamzu said. “They described to me what was happening there and said, ‘Come in, restrict, people here are sick.’ Why don’t you impose a closure on Yarka … You call that racism?”

Ayman Odeh, chairman of the Joint List coalition of mainly Arab parties, condemned Gamzu’s remarks. “It is a shame that at a time when Arab doctors are at the front of the battle against the coronavirus, the coronavirus czar is coming out with statements that hurt an entire community,” Odeh said. “Instead of miserable statements like those, I invite him to work together to defeat the pandemic.”

Gamzu later apologized and said his words had been misunderstood. He said the “use of the term ‘mass attack’ was stated in reference to a virus that causes the highest morbidity in Arab society, and not to the society itself.”